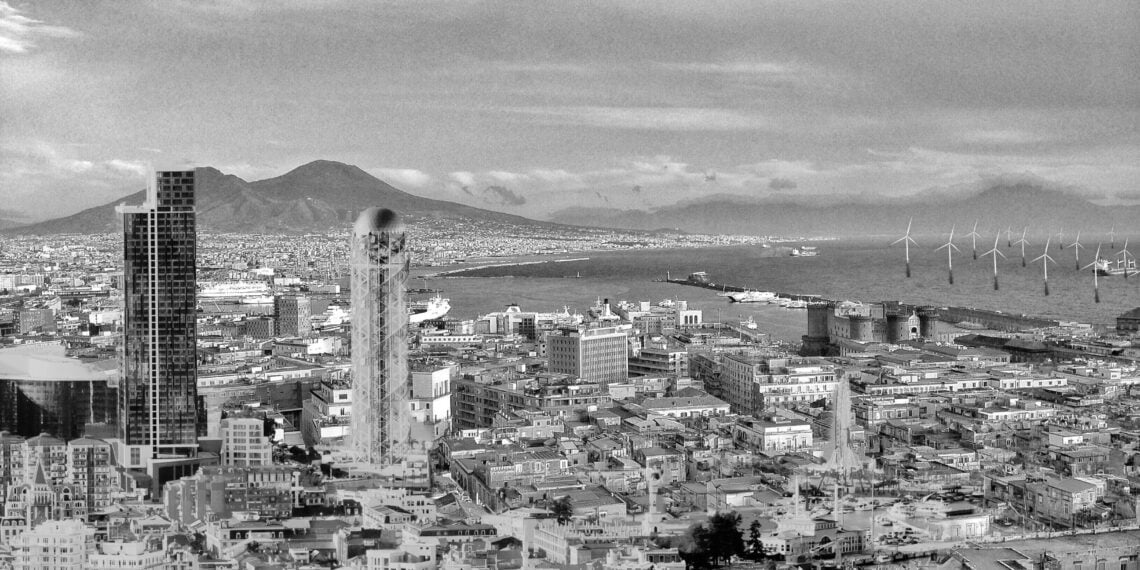 in The newspaper of tomorrow, Weather
⚪ Reads in 12 minutes

Open the window and you feel like smiling: finally the sun filters through the clouds, after two weeks of torrential rain. The latest reports say that last week's flood has almost overcome the barriers placed in London and Palermo. Think of Marcello, your co-living neighbor who is celebrating his 10th birthday here today, since he came from his home in Liguria taken away by the sea. You feel lucky to live here and to never have lived stories like those of so many people you know: hurricanes, fires, floods and typhoons that forced her to change areas.

Pensieri interrotti dall'odore di cornetto che arriva dalla cucina. It's time for breakfast. Toast (70% with pea protein flour), milk and an eggnog, like when you were little, from the eggs of the chicken coop in the common garden. The bread is homemade, courtesy of the retirees of the co-living. So' belli! Il loro entusiasmo per la panificazione compensa quasi l'infinita nostalgia per i "bei tempi" della neve a Natale e delle auto diesel.

Someone stays a little longer in the kitchen after breakfast. It's Friday, most of them have finished their work week (made up of four days) and today they will leave for a little weekend, or for various volunteer projects.

You run back to your accommodation and finish dressing: you have a "waisted" jeans bought 20 years earlier, with an aged finish done with the laser rather than the expensive washes of the early 2000s. Your t-shirt is made with recycled orange peels. You have a fleece-lined jacket made from plastic bottles and vintage leather boots that you traded in a local shop.

You don't have many clothes, like a few years ago. The vintage dealers and the services of subscription dresses are depopulated, and everyone loves to change clothes and bring them back after a while to the shops that exchange or recycle them. You used to do this with video game CDs when you were a boy.

Well, it's time to get out.

Open your app or ride a bike? A look at the app: three people are going where you go. Discount. Click on the first and wait under the house, near the charging points. A lady in her 50s, a bit chatty, comes to give you a lift and tells you everything about her recent interrail vacation. Today international trains are very fast, cheap and attractive. People still travel by plane, but a little less: very few internal flights, anyway.

On the way to work you notice that people are already getting back to the outdoor bars, now that it is not raining: there is everything around, the streets are full of people also because the cycle and pedestrian spaces it has been greatly expanded in all cities.

You live better. More relaxed. The old ball of the città "dei 15 minuti" it hasn't worked as well as elsewhere, at least here, but most people can still access services and shops without using the car, and this has also made local businesses grow. With fewer cars there are businesses that have closed, but the empty shops have been entrusted to cultural associations that have created spaces for leisure and community services.

Everywhere there is greener.

The small ones "Urban forests" planted a long time ago to absorb CO2 and cool the heat that hit the cities they make a nice shield. Even the air is cleaner, it's a pleasure to breathe.

After a short ride, you say goodbye to the lady and enter the control room of the wind farm in front of the port, you have been working there for almost 20 years. When wind farms started popping up in huge numbers (with turbines off the coast of half the world) years ago, naysayers complained that they were spoiling the view. Then came the gas shortage and the protests suddenly ended.

Finish work around six and get a bus numbers to go back home. In front of the door is your parcel with the vegetables of the day thatcondominium vegetable garden Has delivered. Drought and crop problems around the world have produced some supply problems in supermarkets over the past few years, but they have also contributed to a new mentality that is more oriented towards local cultivation.

You take your box and enter the house: it seems absurd that years ago fruit was individually packaged in plastic. The disposable one has been completely eliminated from the production processes, and there are many efforts for remove it from the oceans (there is still a lot of it) and water systems.

Any plans for the evening?

Grab something at the bar today with an old friend. Take a walk, the city for pedestrians has many advantages: it is more illuminated and there are many people at all hours, you feel safe even alone. At the table you order a glass of English wine (and it gnaws at you, because the French one was much better when there was still the right climate to produce it). What are you talking about? More and less, as always.

The world isn't perfect, but it's infinitely better than it could have been if world leaders hadn't stopped CO2 emissions by making the right decisions in the early 20s. Gradually the planet is detoxifying: many scientists say that over time the temperatures could start to drop again.

In this scenario, countries around the world have failed all their targets, and emissions have continued to rise from 2020 onwards: today the Earth is 2,4 degrees warmer than pre-industrial temperatures. Of all the most feared, this is probably the worst scenario that could have happened.

While waiting for Esther's insurance company to give her at least a small advance on the compensation, you made a room available: it was the least you could do for a friend and her asthmatic little guy.

You take it with philosophy, you are Neapolitan.

You think it could be worse after all. The "ecological transition" has not solved anything, but at least they have tried. Today a good part of the vehicles run on gas, even if it costs a lot, and the people who complained about the masks in the days of Covid today gladly carry them to avoid destroying their lungs.

You receive a notification with the pollution data: “Average” even today, for some time it has improved. Take a look at the news now: you don't know why, perhaps out of habit. It is not a pretty sight: every day fires, floods and other disasters. Humanitarian organizations do a crazy job of fixing a patch, but people have to do their part to support them, especially economically - and that's not easy, with the unemployment around.

Of course it wouldn't hurt if they taxed the richest people on the planet a little more. There are not a few now: in China there are millions of them, all with their beautiful reinforced apartments, or underground second homes for when things go wrong. But you don't want to live like them, holed up like a mouse.

Your house isn't in very good shape, however. They should have restructured it for 15 years, but state incentives are long gone. It is a sight: cold and humid in winter, hot and humid in summer. Today your feet are frozen, the heated floor works terribly. The landlord put i solar panels but it has saved too much on the price and does not hold up well with the extreme weather conditions. Turn on the (gas) boiler and open the windows.

The view is what it is.

A dirty street, full of signs, a few closed shops, a couple of smashed windows and the usual people protesting. By now you don't even remember what for, the processions are almost daily for every reason. There's a lot to be angry about, you're just sick of it all.

However, it will not be like it used to be but the coffee is not lacking, in your house. And God forbid. Neither is optimism. The other day you heard about the new agricultural opportunities that could open up in Antarctica now that there is little ice, even if with a bit of cynicism you wonder if they will even fight to manage that "piece" of land.

What are you talking about at the table?

More and less, as always. The economy is going badly and yesterday a crypto bank collapsed overnight: people opened the account app and found nothing: good story, huh? Yet they never put the idea back to cash, all money is always and only digital, numbers on a viewer. Then the Japanese were right!

You have little to do since you lost your job, so you offer to take Antonio to the family doctor for his cough while Ester works from home. You dress as usual with what you find at home: cheap clothes, you can still find them everywhere even if they become crap in a short time. “A jeans and a t-shirt”, the classic, and off to the car with the little coughing child.

Electric cars are now the norm, although the failure to install sufficient charging points has slowed their advance considerably. There are still gas station attendants, it is no coincidence. This hasn't done much good either to traffic or to roads, and in fact everything around is jammed: even the sidewalks are busy. At least it doesn't rain, that's already something, but it's better to go by car: the buses always arrive late.

On your way back to the doctor, you take a walk into the woods for a walk, and you cross a city that is even more chaotic than it was when you were a kid. But the walk is pleasant, especially the one in the "dome of trees". There is also the one you planted years ago, with name and surname. In those days, large companies and states convinced everyone that all possible CO2 emissions could be made: it would have been enough to plant trees to compensate for them. It wasn't exactly like that.

The woods are so quiet, you think as you stroll through the trees. Once this area was filled with sounds of the woods. Nobody strongly supported the solutions to save bees. Nobody cared when they began to disappear, ma non passò molto tempo dopo che l'impatto si diffuse lungo tutta la catena alimentare, uccidendo anche many species of birds and then of mammals.

Yet there have been warnings, over 200 years.