Scientists from 10 US states are groping in the dark for a veritable massacre of birds that has been increasing since last May. 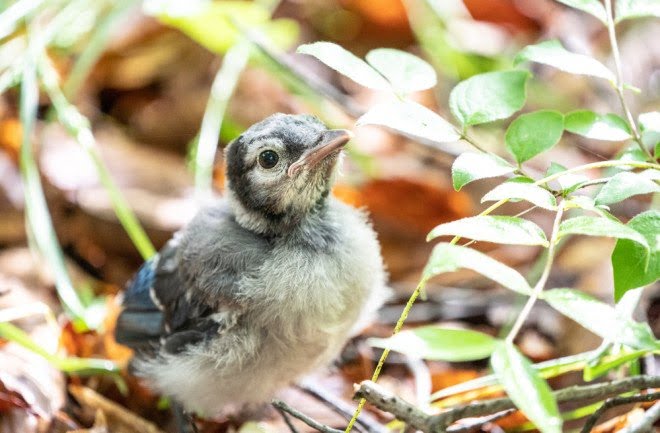 When Brian Evans, expert ornithologist at the Smithsonian Migratory Bird Center in Washington DC, he started hearing stories of young birds with crusted eyes behaving strangely, he didn't care. He sees eye infections in birds quite often, and for him it is a common thing.

Then, over the course of a single day in mid-May 2021, two different neighbors and one of his colleagues showed him the sick birds they had found, all with crusted eyes and neurological symptoms like seizures, loss of balance and lethargy. Evans then contacted City Wildlife, a local wildlife rehabilitation center, and was shocked to hear that the number of sick birds had increased by more than 30% in one month. Other wildlife centers had similar cases.

At the end of May they had the first picture of the situation: thousands of cases of mysteriously sick songbirds in at least 10 US states. Scientists from federal and state agencies are now collaborating to determine the cause and seek treatment for what so far appears to be an incurable disease.

I've read a lot of frustration as to why we don't know anything yet, but I'm impressed with what we've learned so far and how quickly these collaborations have evolved to address the issue.

Over a dozen species have been affected by this mysterious ailment, but four (common gracule, blue jays, American robins, and European starlings) are the most cases. The condition overwhelmingly affects young birds. Perhaps because their immune systems are weaker, he says Nicole Nemeth, a veterinary pathologist at the University of Georgia.

Death appears to drop rapidly as birds begin to show obvious neurological symptoms. A neighbor brought him a sick crow and “literally within minutes, he had gone from normal behavior to death.” Other reports from wildlife centers tell of birds getting worse and dying within 48 hours.

The cases appear to be spreading outward from the Washington metropolitan area, but that doesn't necessarily mean it's a communicable disease. Scientists don't know exactly how many birds have died from this disease or whether it will have a long-term impact on the population.

More data is needed, and as soon as possible

Not knowing exactly what is causing it, we don't know how to predict it or when it might happen again, and that worries me a little.

Field biologists and wildlife rehabilitation centers who encounter dead and dying birds send the bodies to testing labs in several states. There, pathologists like Nemeth perform autopsies on dead birds, examine tissues under a microscope to look for anything unusual, and perform laboratory tests for pathogens and toxins. So far they have ruled out bird flu, West Nile, salmonella, chlamydia and several viruses and parasites.

Aside from that, there haven't been many unique answers. There is eye inflammation, of course, but it is difficult to compare specimens of different species that died at different times. Many birds have tested positive for a bacterium called Mycoplasma, which can cause eye infections, but that doesn't explain the neurological symptoms. "This is still a bit of a mystery," says Nemeth. "We didn't see anything obvious in the brain." Some birds have insecticides in their bodies, but Nemeth and her colleagues aren't sure if it's at an abnormal or potentially deadly level.

Does it depend on the environmental context?

As an ecologist, Evans pays attention to changes in the environment that could affect birds.

What immediately occurred to him when he stumbled upon the phenomenon in May were the Brood X periodic cicadas, which were emerging in full force in the Washington area at the time. Local birds ate a lot of them.

The coincidence in time of the cicada emergence and the increase in bird deaths have given rise to various hypotheses. Is it possible that some cicadas are carriers of a disease that infects birds? It wouldn't be the first time that bird populations appear to decline during the spread of a large cicada.

However, the cases continued to occur even after the period of spread of the cicadas, which "clears them". In any case, scientists at the Smithsonian's Center for Conservation Genomics will also analyze dead cicadas for pathogens.

Although scientists still don't know if it's a communicable disease or something else, Evans says, "I advise people to take preventative measures to keep their backyard birds healthy. A strategy to protect birds from disease is something. we all know: social distancing. "

While it's obviously sad that so many birds are dying, Evans thinks the level of collaboration and mobilization this event has sparked could help experts be better prepared to handle future wildlife health crises.

"Maybe we'll have the infrastructure in place to tackle things like this faster," he says. "So it could actually be good news for wildlife in general."