Europe is moving (in no particular order) for a future without cars, or almost. Someone has already succeeded in the enterprise well in advance. 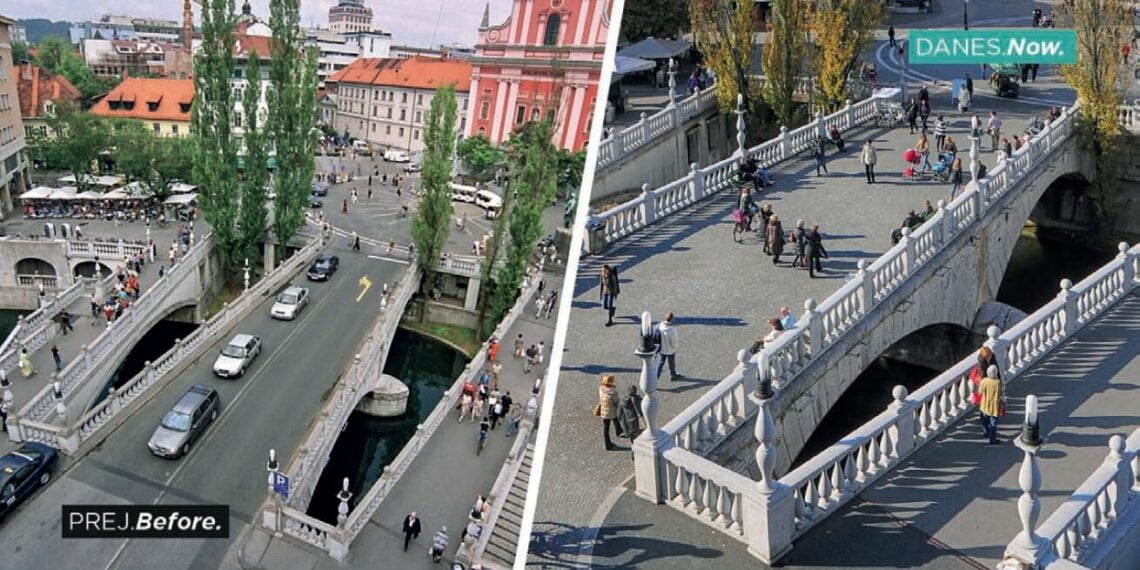 Yesterday's post that tells about Plan Velo and the ambition of Paris (to become a 100% cycle city within 4 years) it was hugely successful. And a side effect: several friends have pointed out to me that in Europe a "car-free city" already exists: and for some time, too! Did you know? Not me, and I make amends. I'll tell you about Ljubljana, the capital of Slovenia, practically closed to traffic for over a decade. Is it time to export their model?

It is an increasingly unstable world from an environmental point of view, I always write to you. The feeling is that car owners all over the world need to start thinking very seriously about just how necessary it is to drive. The same question, of course, also for the civic authorities of the whole planet.

But let's go back to Paris for a moment: on 19 September, Parisians took to the streets (on foot) to celebrate the seventh iteration of “Paris respire sans voiture” (Paris “breathes without a car” in French). It is an initiative that transforms two symbolic areas of the city (Place de l'Etoile and Avenue des Champs-Elysées) into car-free zones between 11am and 00pm. The French capital has been thinking about large restricted traffic zones from 18, making car-free Sundays permanent. Traffic would be limited to residents, taxi drivers and traders only. The rest of the population would travel by bicycle, scooter, public transport or on foot.

Europe that wants to move without a car

This drive to make cities cleaner and more liveable in the long run is about to be embraced by countless cities. There are some in Europe that have already begun to adopt similar schemes. In UK even small towns (I think Norwich) have pedestrian enclaves in the center. The Spanish city of Pontevedra, in Galicia, started pedestrianizing its historic center as early as 1999. In 2011, it became the first city in the world to publish a map (it's called Metrominuto), showing tourists and residents how long it takes to walk between the points of interest, encouraging them to do it without a car. A pattern “copied” from Poznan, Tolosa e Zaragoza.

The best example of how direct and positive change can move from theory to practice is a small central European town? The capital of Slovenia, Ljubljana, which was 14 years ago published "Vision 2025", an incredibly complete set of proposals for a greener, cleaner and more sustainable city. An extraordinary ability to predict the future, which I hope will be emulated by other cities in the world.

At the heart of Ljubljana's proposal to create an environmentally responsible metropolis is the transformation of the city center into a totally car-free area. Pedestrianization obviously reinforced by improvements to both cycle networks and public transport. Noise pollution and gas emissions decreased in the area in question e in 2016 the European Commission has crowned Ljubljana the green capital of the continent.

The Slovenes did not immediately take it well, it must be said. "There have been protests," he says Saša Poljak Istenič, an academic who has studied the impact of pedestrianization on the city. “Downtown residents thought the transformations would make access to their homes impossible. The authorities did not back down in the face of this resistance. Gradually, residents began to adapt, and adopted new car-free routines. They swapped their four wheels for bikes, or took public transport ”.

The toughest challenge? Transforming the main artery of the city into a… "living room".

One of the main challenges facing the Vision 2025 team was to rethink the Slovenska Cesta, the main road through the center of Ljubljana's tourist district. The difficulty was "aggravated" by the fact that since 1993 the road has been protected as a cultural and national heritage. It was as if “the mayor was proposing to transform the busiest street in the city into a sort of living room,” says Istenič.

A car-free living room, “decked out” with electric vehicles. How have they solved? In addition to the classic policies on sustainability (incentives for the use of bicycles and public transport), Ljubljana has introduced “Kavalir”, a small fleet of free electric vehicles that are slow enough to be crossed easily. Ljubljana's small size (300.000 inhabitants) requires only a handful of vehicles to be operational at any one time. There are still some detractors: for them the car-free city center is cleaner, tidier, but less "authentic" and increasingly gentrified. Yet a decade has passed and no citizen of Ljubljana can really imagine that cars can return to the city center.

The secret? Communicate honestly to citizens

To make a city without a car you need a clear dialogue. Istenič is firmly convinced that in order to follow Ljubljana as a model for a city of the future without (or almost) cars, one thing in particular needs to be kept in mind. “It is vital that you explain to the residents exactly what the plans are and why they are proposed,” he says.

People hesitate about change at first, but it becomes easier to accept a situation if you are aware of the positives.

Ljubljana represents for me the triumph of a positive idea of ​​the future. The status of the Green Capital of Europe has already shown this for 5 years: a scheme of this type has created a total transformation. A welcoming environment for both tourists and residents. Without a car, everyone has a little more space to socialize or exercise. In summary? The standard of living has improved.

Getting to this point took some courage and common sense, but ultimately the right decisions were made.

Moral: to really change things could go better without a car on Sunday, but more drastic decisions are needed: let's call it “Ljubljana style”. 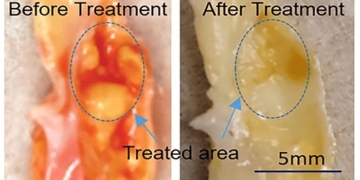 The addition of ultrasound can help eliminate arterial plaques completely, preventing them from re-forming.

Pifu, the AI ​​that generates 3D models from 2D images and videos