A staggering array of evidence of change has been ignored for over a century and a half. All ignored. Guilty. 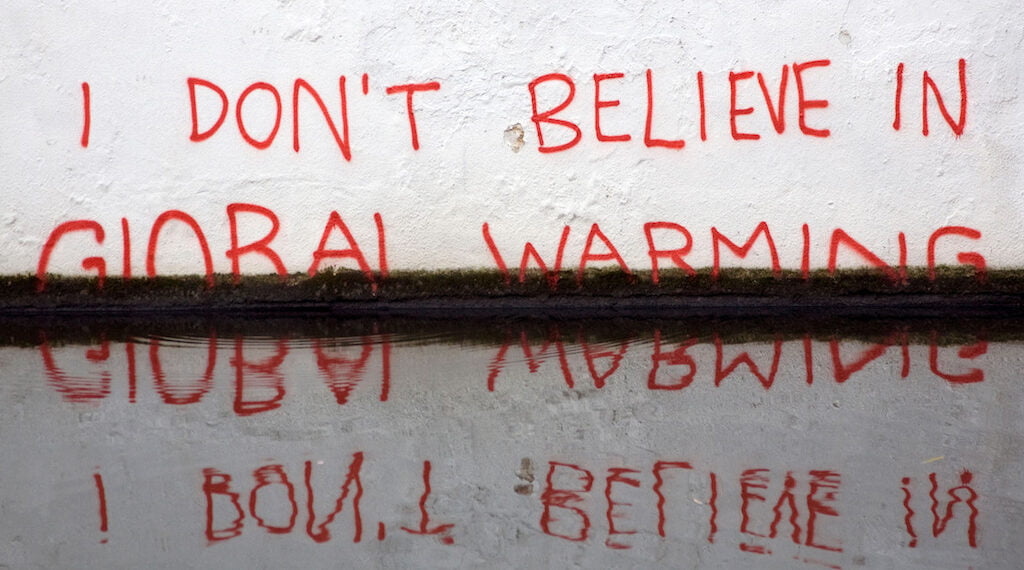 Long before the current political squabble over climate change, even before the unification of Italy and the first American Civil War, a scientist called Eunice Foote documented the scientific causes that would form the basis of the current crisis.

Eunice Foote's short scientific article was the first to describe the extraordinary power of CO2 to absorb heat, the driving force behind global warming. in 1856 the idea that the atmosphere retains heat was known, but the cause was not known. The scientist arrived at that with her study.

Carbon dioxide is an odorless, tasteless, and transparent gas that forms when people burn fuels, including coal, oil, gasoline, and wood. As the earth's surface warms, one might think that the heat will radiate back into space. But it's not that simple. The atmosphere remains warmer than expected mainly due to greenhouse gases such as carbon dioxide, methane and atmospheric water vapor, all of which absorb the exiting heat. They are called "greenhouse gases" because, just like glass in a greenhouse, they trap heat in the earth's atmosphere and radiate it to the surface of the planet, producing vast climate changes.

La Foote conducted a simple experiment. He inserted a thermometer into each of two glass cylinders, pumped carbon dioxide into one and air into the other, and then placed the cylinders in the sun. The cylinder with carbon dioxide became much hotter than the one with air, and the scientist realized that carbon dioxide would strongly absorb heat in the atmosphere.

If a greater proportion of carbon dioxide is mixed with the air than it is today, there will be an increase in temperature.

in 1861, six years later, also the well-known Irish scientist John Tyndall he measured the heat absorption of CO2 and was so surprised that something "so transparent to light" could absorb heat so strongly. He did hundreds of experiments. And he too recognized possible climate change, not only caused by carbon dioxide, but also by methane.

It is not surprising the timing of the forecast, as much as its nature. By the 1800s, human activities were already dramatically increasing carbon dioxide in the atmosphere. Burning more and more fossil fuels, coal, and eventually oil and gas, then added an ever-increasing amount of carbon dioxide to the air.

The first revealing experiments on the nature of CO2 were followed by quantitative estimates of climate change. And the twentieth century had not even begun. The first ever was the work of Svante Arrhenius, Swedish scientist and Nobel laureate. in 1896 calculation:

The temperature in the arctic regions would rise by 8 or 9 degrees Celsius if carbon dioxide increased to 2,5 or 3 times its current level

Arrhenius's estimate was even conservative: since 1900 atmospheric carbon dioxide has increased from about 300 parts per million to about 417 ppm due to human activities, and the Arctic has already warmed by about 3,8 C (6,8 F).

The current burning of coal is so great that if it continues it will undoubtedly cause a very noticeable increase in the average temperature of the earth.

All of this was understood well over a century ago.

Initially, scientists thought that a possible small increase in the Earth's temperature might be an advantage, but they could not predict subsequent huge increases in the use of fossil fuels. in 1937, the English engineer Guy Callendar documented how rising temperatures correlated with rising CO2 levels.

Thanks to the combustion of fuel, man has added about 150.000 million tons of carbon dioxide to the air in the last half century, and world temperatures have actually increased ”.

Since 1958, observations made on the Hawaiian Islands have even shown variations in CO2 concentrations in correspondence with the rise and fall of the seasons.

in 1965, a scientific team US President Lyndon Johnson warned of the growing risk of climate change, thus concluding:

Man is unwittingly conducting a vast geophysical experiment. Within a few generations it is burning the fossil fuels that have slowly accumulated on the earth over the past 500 million years. We will witness higher temperatures, melting ice caps, sea level rise and acidification of ocean waters.

Since then, another half century. More ice has melted, sea levels have risen and CO2 acidification has become a critical problem for ocean organisms as well.

Someone continued to sleep

Scientific research has over time reinforced the conclusion that man-made emissions from burning fossil fuels are causing dangerous climate warming and a host of damaging effects. Politicians, however, have been dramatically slow to respond on climate change. Some have followed the same approach as the hydrocarbon companies: they have denied and questioned the truth. Still others have embraced the “wait and see” philosophy, despite overwhelming evidence.

In summary: the world has known for more than a century the risk of warming represented by excessive levels of CO2. He has known this risk since before cars and coal-fired power plants were invented! A scientist, one of the very few of her time, warned us 165 years ago.

We have not listened to those who have warned us about climate change for more than a century and a half. And today there are still those who deny. 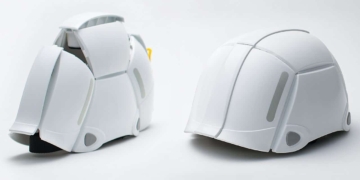 A helmet that protects the head and at the end of work folds easily to fit in a backpack or ...