Problems in sight for the most famous and used search engine in the world, as the scientific community has launched itself against the American giant accusing it of not being neutral in the propagation of research results and to propose in the results scale only commercial ones, which often do not rhyme with quality results.

Many are the problems that Big G has to face these days, from the report of abuse of dominant position by the European Community, which wants to fine the giant for 6 million dollars, up to this beautiful hot potato, which risks mobilizing users. and therefore to alert all the community operating on the web.

It is not just about theories, but about research that Tim Wu, together with a Harvard lecturer and the company Yelp led. In detail, this is a comparative analysis that has seen Google privilege with its algorithms the results that came only from the companies, therefore leaving aside the academic writings and the sites that are a source of truthful information.

Tim Wu is a famous scientist, inventor of the term 'net neutrality', or the concept of a network that does not discriminate the results on the basis of the payment of certain fees or the writing of articles, but which spreads knowledge free of charge to the population. Scholars have therefore accused Google of not thinking about common welfare, but of giving priority only who pays and who writes with certain characteristics, thus worsening people's knowledge and consequently causing them moral damage.

This fact mainly affects 'close' searches, i.e. where a place is indicated at the end and where Google gets married thanks to the principle of geolocation. In these cases, the research has stated that Google provides compliant results in 45% of cases, leaving out the most important sites and sources to focus on those that have geolocation. The result? Second-hand information to users and blocking of getting to the most serious and true readings, as they are relegated to many pages beyond the first, where people are known to stop before visiting a site. 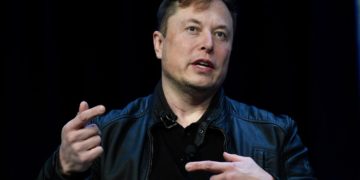 Seeds to purify the water