Cuckoo, now the artificial snake can also dig. a research team has provided the biorobot with everything it needs to go where it wants underground. 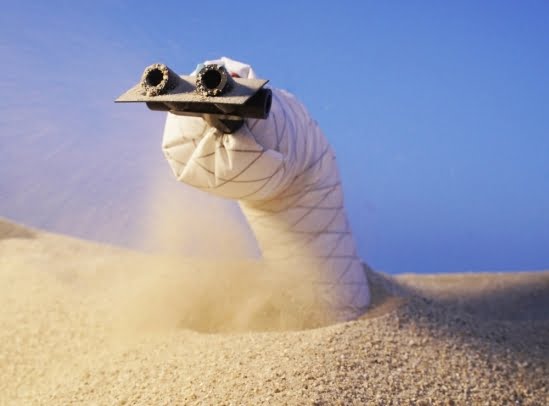 Robots are great for exploring the land, sea, sky and space, but they're not very good at moving around in the ground, perhaps digging. Now, the engineers ofUC Santa Barbara (UCSB) and Georgia Tech they developed a robot snake-like that uses a variety of methods to burrow into soft sand or soil.

Snakes have long been an inspiration for robots, thanks to their relative simplicity but versatility in movement. As such, they have been used to grab objects or explore environments such as sand dunes, seabed , pipes, deceased nuclear power plants and even the human body.

“The biggest challenges with moving across the terrain are simply the forces involved,” he says Nicholas Naclerio, researcher in the laboratory of the UC Santa Barbara mechanical engineering professor Elliot Hawkes, (in the picture) lead author of the study.

The biggest obstacle, of course, is the much greater resistance of the ground. Even in “granular” materials such as sand, it is a lot of work compared to water or air. The robot snake developed by the UCSB and Georgia Tech team can tackle the problem in several ways.

A robot snake that knows its stuff

The new design begins with a soft robot that moves by “popping out” from one of its ends. This already helps in underground missions: since the tip is the only moving part, the friction is much lower than if the whole body moved. To help the snake robot move even more easily, an air-blowing device has been attached to its tip: with that, the robot makes its way.

But there is another challenge: as it moved horizontally through the sand, the snake robot tended to rise up until it re-emerged to the surface. It's basic physics: there is much less pressure from the small amount of sand above the robot than in the compacted sand below it.

To fix this, the team made sure that the robot also shot air downward, reducing friction. The addition of a front wedge also helped ease the ride.

is a small robot that can move with relative ease through dry and granular media. It can avoid obstacles by writhing and spinning like a snake, or by diving into the sand and emerging on the other side.

The team says this design could come in handy for soil sampling and installation of underground pipes and cables.

The research was published in the journal Science Robotics . You can check out the snake robot in the video below. 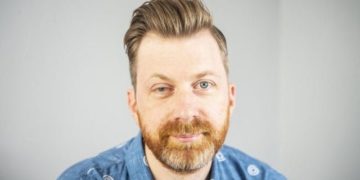 A 44-year-old is the first patient to regain sight with the UK's innovative cell-based treatment ...