The device stimulates vagus nerve and phrenic nerve to eliminate hiccups on the first stroke. Will it work?

Getting rid of hiccups is no easy feat. When the diaphragm begins to involuntarily contract, there is little that can be done to stop the whole process, other than waiting for it to finish.

If you are in a hurry, however, I am sure you will have heard of a thousand remedies to get rid of hiccups. You can try holding your breath, drinking upside down, sucking a lemon, or eating a spoonful of sugar. Folk remedies, but a little too haphazard, their results vary too much from person to person, and often from other factors.

Unless you have a certain straw

While hiccups are nothing more than a minor inconvenience for most of us, for those who suffer from hiccups on a regular basis the hope may come in the form of a weird special straw invented by a neurologist.

Is called HiccAway, and if that sounds like something you might find on the crowdfunding Kickstarter, that's because it is.

A few more elements on the anti-hiccup straw

In a research letter published recently on JAMA Network Open, survey results of 249 volunteers around the world indicate that 90% of users think this thing works better than traditional remedies.

The anti-hiccup straw has a mouthpiece at one end and a pressure valve at the other. This causes you to have to suck harder than you would with a normal straw. This pressure causes the diaphragm to contract, stopping the uncontrollable flows of air that rhythmically banging the vocal cords cause the classic sound of hiccups.

All it takes is to dip the HiccAway in half a glass of water and start sucking. On the first attempt, the hiccups disappear more rarely on the second.

Early evidence of this special straw is based on subjective reports and does not include a placebo, so there is reason to remain skeptical. Randomized, placebo-controlled trials would be needed to determine if HiccAway is indeed the best hiccup remedy.

According to the inventor, the valve at the bottom of the straw can be adjusted for the sipping abilities of children and adults.

Does it really work?

While drinking upside down or eating a spoonful of sugar to get rid of hiccups might not sound very scientific, these traditional cures rely on stimulation of the vagus and phrenic nerve, which help regulate swallowing and breathing.

HiccAway is also a solution based on stimulation of the vagus and phrenic nerve, but it needs to be tested further.

Sure, it was invented by a neurologist who had a lot of experience with patients suffering from hiccups due to brain injuries.

Ali Seifi he has spent years trying to find a simple solution for his patients, one that simultaneously stimulates the phrenic nerve and the vagus nerve.

However, I remain a bit skeptical, even though many reviews describe the device as useful.

As uncomfortable and annoying as hiccups are, especially for those who have persistent cases, Seifi's straws are worth investigating more.

The study has been published on JAMA Network Open. 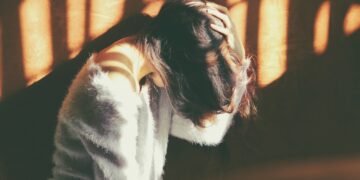 A properly configured green light can reduce migraine days by 60% according to a new scientific study.