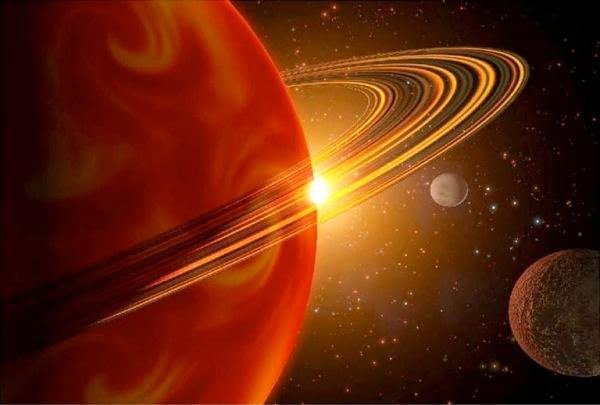 The periphery of our solar system is teeming with mysterious objects, and now one of them is heading towards us.

Astronomers they found out a minor and quite eccentric planet (it has an orbit of 600.000 years around the sun) that is about to make its passage closer to the sun.

The largest object of this type ever discovered, practically a dwarf planet entering our solar system

By far the most intriguing thing about 2014 UN271, as mentioned, is its orbit around the Sun. This object travels between the inner solar system and the Oort cloud which marks the boundary of interstellar space over a period of 612.190 years.

And the shift is about to happen right now. Currently, 2014 UN271 is approximately 22 astronomical units (AU) from the Sun (for reference, the Earth is 1 AU from the Sun). This means that it is already closer than Neptune, at 29,7 AU. And it doesn't stop there: it has already traveled 7 AU in the past seven years and, at its closest point in 2031, is expected to pass our solar system within 10,9 AU of the Sun, almost reaching Saturn's orbit.

Before that, it should develop the characteristic crown and tail of one comet, as the frozen material on its surface evaporates from the sun's heat. This close pass in the solar system will give astronomers an unprecedented close look at the objects in the Oort cloud.

Glasses will not be enough to look at it. at least those of today.

Unfortunately for us ground amateurs, don't expect to see a show on the Halley Comet scale. While it's too early to say for sure, astronomers calculate that 2014 UN271 would become, at best, as bright as Pluto in the night sky, but more likely to reach the brightness of Pluto's moon Charon. However, we will probably get some amazing shots from the telescopes and observers that will be there.

After its close passage, the planet will go back into the darkness like ink, on a return journey of several centuries to the Oort cloud, to return in another 600.000 years.