A quadruped robot that combines agility and stability. And yes, it has a kind of goat's head, but let's forget this detail, please. 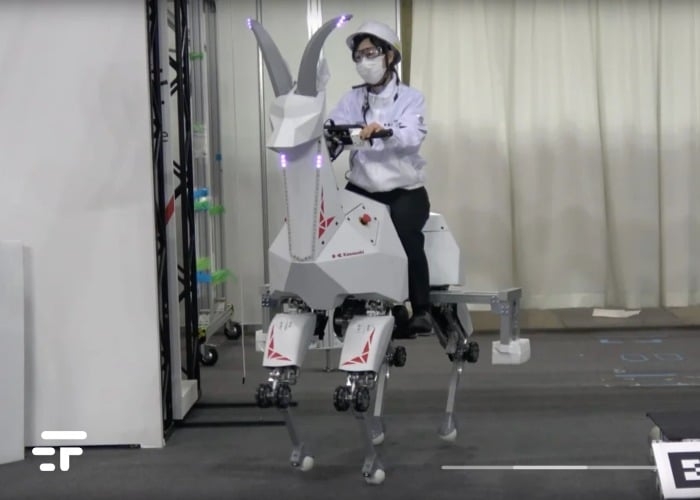 We are still in the phase of robotics where engineers try them all to try and figure out what works. I have no other explanation for the phenomenon, especially after seeing this species of robotic ibex presented by Kawasaki. A goat, I don't know what it is. Still a ride-on robot to carry goods or people, if neither of them needs to get there early, of course.

Bex, an offshoot of Kawasaki's Kaleido project, has been working on bipedal humanoid robots for over 7 years. You will be tired, if last week (at the International Robot Exhibition in Tokyo) you presented this bizarre quadruped.

Above the bench, the robot goat is living

You will have seen it from the spectacular (and disturbing) footage of Boston Dynamics: developing a bipedal robot, agile and stable on two feet like a real human being is not an easy task. And that's why Bex was created. Kawasaki's robotic engineers were looking for a very special balance. A balance between the dexterity of a bipedal robot and the stability of a robot on wheels that avoids balance problems on difficult terrain.

The robot goat came out of it. On a smooth road, Bex "kneels" by folding its four legs and becomes a sort of electric scooter that moves quickly on wheels. If the ground begins to become uneven, however, Bex stands up and walks on his articulated legs: the gait allows him to keep at least two at a time planted on the ground. Not bad for the balance.

And the speed? Forget it

The Bex has a maximum weight capacity of 100 kilos (220 lbs), so it can comfortably carry heavy goods or people. Don't ask me why the designers felt it was important to make it look like a wild goat: if nothing else, the modularity of the quadruped allows you to change the top part.

Those who want to concentrate on the transport of goods can take out the goat bust: all the others will ride "the animal" in a proud twenty-first century herding act. Ahoi! 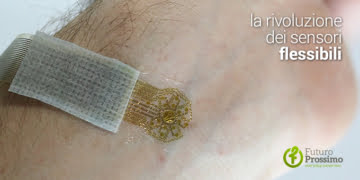 The best medical devices for measuring blood pressure today require a prolonged stay of the patient in the clinic. A sensor ...