A team of researchers is working on tiny devices that can contain sensors and retrieve information quickly powered by the sun and pushed by the wind. 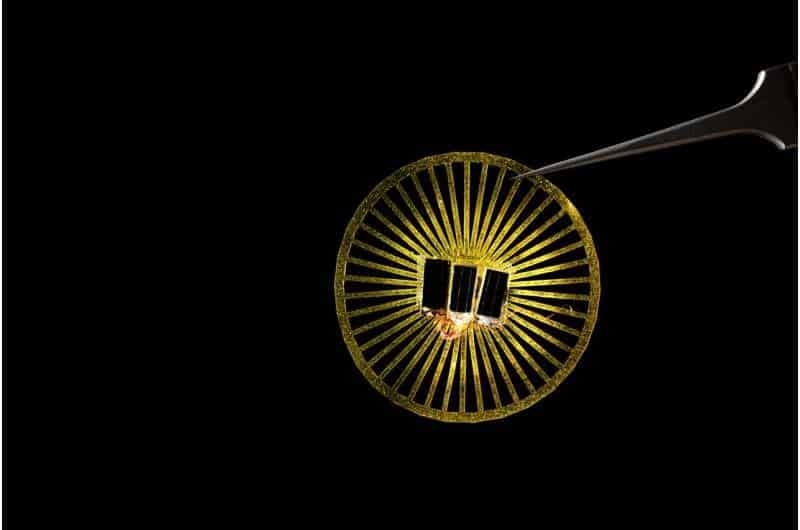 Inspired by how dandelions use wind to distribute their seeds, a team from the University of Washington has developed a tiny sensor-carrying device that can be pushed by the wind as it falls towards the ground. This battery-free device uses solar panels (the black rectangles shown here) to power its onboard electronics. Credit: Mark Stone / University of Washington

The potential of wireless sensors without battery is much higher than expected: by themselves they are able to monitor the trend of temperature, humidity and various other environmental conditions. We are talking about useful and functional tools, which have many fields of application (from agriculture to monitoring climate change). The only downside is the cost. Placing hundreds of wireless sensors in a large area is currently very difficult and expensive.

At least it was before the arrival of a new, incredible project just published in the journal Nature.

A team from the University of Washington has developed a small device that can carry more than one sensor at a time while being pushed by the wind. The device is inspired by the seeds of the dandelion, or dandelion: the dandelions that disperse in the air with the arrival of the first winds. In a certain sense, they also take up its shape, equally delicate and "light".

Sensors in the shape of a dandelion

The new device developed by the team weighs around 30 milligrams, and is capable of traveling up to 100 meters in a moderate breeze.

Once on the ground, take advantage of the help of specialists solar panels to feed and share sensor data (inside there are at least four) up to 60 meters away.

Shyam Gollakota, professor at the Paul G. Allen School of Computer Science & Engineering and author of the project, provided some more information. According to him, this innovative system provides a clear hint on how to implement sensor distribution without increasing prices.

Our prototype suggests you could use a drone to release thousands of these devices in a single drop. They will all be blown slightly differently and you can basically create a network of 1.000 devices with this drop. This is surprising and transformative for the field of sensor implementation, because right now it could take months to manually implement so many sensors.

In the roadmap that led to the current form, the researchers tested 75 different designs. Alternatives and options have been scrutinized to arrive at the perfect compromise. To keep the structure light, the team chose to use solar panels instead of a classic battery. Based on what emerged from the tests, the devices landed with the solar panels facing vertically 95% of the time, allowing a correct energy recharge.

Sensors trapped in the system

Having no battery, the devices risk not storing energy. And that would essentially mean that after dark the sensors stop working. To solve the problem, the team included a capacitor in the system - a device capable of storing a certain charge overnight. After that another small circuit will be added, which will measure how much energy has been stored and how much is still available.

Each of these small devices relies on a specific method of transmission. The goal, in fact, is to send sensor data wirelessly to researchers, so that they can analyze it.

The devices will have the task of measuring temperature, humidity, pressure and light. They will send the data until sunset, and then start over the next morning.

Among the possible developments, there is the idea of ​​making systems even more biodegradable.

This is because, as there is no battery, the device will continue to work until it physically breaks down. This means that it will eventually disperse in the ecosystem, too small to be found. It is therefore better to think of a hypothesis that is not harmful to the environment.

Vikram Iyer, the lead author of the project, is excited about the future.

This is just the first step. There are so many other directions we can take now, such as developing large-scale implementations, creating devices that can change shape as they fall, or even adding a little more mobility so devices can move around one. turn on the ground to get closer to an area that intrigues us.

Will they be the future of sensors? As the great author said: the answer, my friend, blows in the wind. 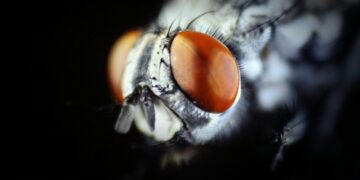