The technological shock expected within the next 7 years now appears, in all its dramatic force: automation and robotization of the work are already here. 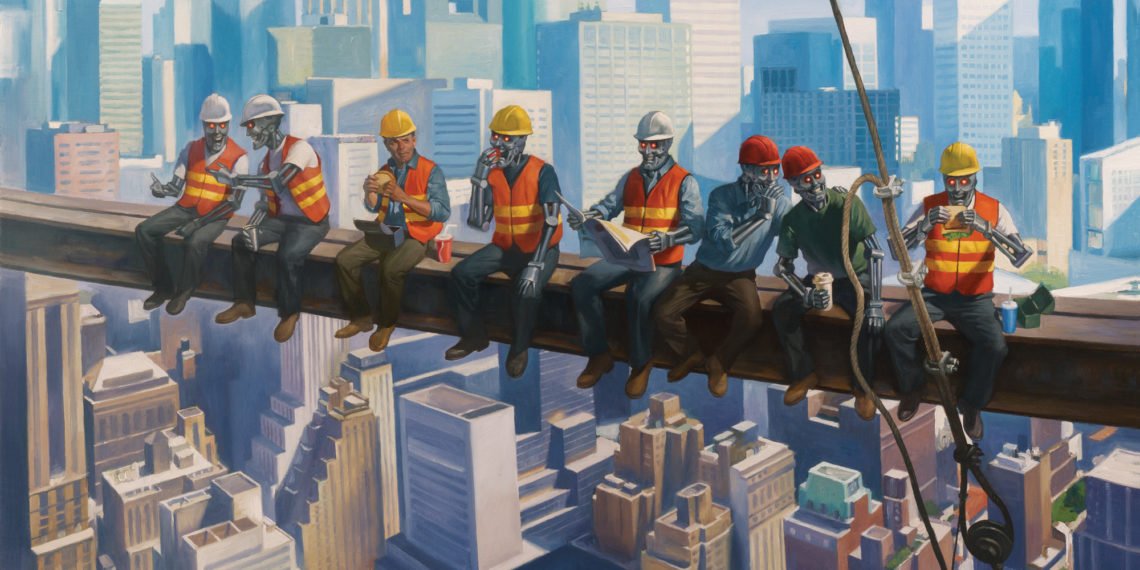 Work in the time of the coronavirus is increasingly discovering the importance of remote, even permanent, operations. Yet it may not be the only consequence of this "black swan". There is an avalanche, that of robotics, which could hit the human workforce faster than expected, and already the pre-pandemic forecasts were not encouraging.

Increasingly powerful computers and robots may bring even more automation and robotization to help "immunize" the economy against future pandemics. This might sound like good news, if there were no implications for human work. Of course, for companies that make greater use of the supply chain, the manufacturing ones and the so-called high-touch ones (high contact with customers), the issue is crucial. And about 50% of high-touch industries are considered "essential". It knows no block in case of pandemics.

The era of robots is closer than ever

Uno widely cited 2017 study at the University of Oxford provides data to calculate the share of jobs that they can be replaced by automation and robotization in the next 15 years. Using this study you can calculate (roughly, in my case, then I leave it to those who have more skills) the occupational and wage risks for those sectors. As mentioned, about half of all jobs (at least in Western countries) are in essential sectors. Many of these are automation sensitive. Low-wage jobs, such as retail and warehouse jobs, face the highest risk.

The precepts of social distancing are now clear to everyone: don't get too close, don't touch. The damage is greater the higher the contact the jobs are. Restaurants, shops and recreational activities suffer enormous damage. Already in 2017 that Oxford study feared (by 2035) the advent of technology to automate the86% of catering jobs, 76% of retail jobs and 59% of recreational jobs.

Just a few months ago, in October 2019, I was in charge of some jobs here and their destiny, especially in the retail and large-scale retail sector. Some jobs that involve direct contact with the customer, I wrote, would not have been automated since customers appreciate personal contact. However, COVID-19 is a human tragedy and research says that severely affected people will permanently change their behavior. This means that certain customers at any given time and almost all customers at certain times will tend to avoid personal contact. This fundamentally changes the mix of preferences and offers of categories such as restaurants.

Large companies first of all will reflect a lot on the need to have machines do their jobs. Robots are becoming increasingly efficient, and the sum of economic benefit and risk perception could accelerate the introduction of automated solutions.

Here's what could come shortly

Some of the technology is already in advanced testing or readily available. As soon as Amazon licenses his Amazon Go technology , retail as we know it today will be limited to small shops (if they can survive).

Ford F, prototype delivery van, includes a robot carrying packages from the vehicle to the door. Aim for a multi-billion dollar market. ABB already has installed over 400.000 industrial robots: according to some estimates it will replace over 2 million workers.

I robotic bartenders, self-service kiosks and "smart" coffee shops they can offer advance replacement opportunities for those who want to avoid direct contact. This is not the end of the bartender, but self-service stations will not be used only by germophobes. Once robotization moves from office areas to public spaces, it will cut down on regular coffee shops run by baristas.

The opportunity for automation and robotization has never been so favorable

Ultra low interest rates, large sectors with low added value for workers with repetitive tasks, exponential growth of patents involving artificial intelligence, venture capital that are increasingly looking towards robots and machines. Everything points to an accelerated use of automation technology. With around 50 million jobs in essential sectors that could be automated and a wage cut of over € 1,5 trillion a year, the incentives for automation are huge.

It is true that capital spending will take some time to recover, but once it does, it will focus on technologies that protect essential industries, including supply chains, from the next waves of Covid-19, or from the next pandemic. The economy will in any case be oriented towards satisfying the needs of those customers who prefer service experiences at the right social distance. What I expected to see in 5 or 7 years now may appear as quickly in fast food restaurants as it is in factories just as the recovery begins.

The pandemic will also accelerate and change the technology shock that has been going on for more than a decade. Automation and robotization have a powerful ally in the virus. Companies that do not reduce vulnerability to future pandemics may find themselves at a disadvantage. The same is true for workers who need to upgrade their skills to meet these new requirements. We need to train our workforce for the full range of 21st century skills: competence in human-machine interactions. Machine operation and maintenance. Social competence and communicative competence. Creativity. Critical thinking. Complex problem solving.