It is talked about everywhere, and many hope for this model. But what would practically change with a universal minimum income? Here are some future scenarios.

The promise of a universal basic income was very tempting. The idea of ​​solving all the problems with € 2.300 a month (this is the amount that was talked about in Switzerland, when in 2016 they collected 100.000 votes to start a referendum on the issue) caused great uproar. In the end he failed, collecting only 23% of the votes.

Still early for society, but if and when it is introduced, universal minimum income will radically change society in many ways. Here's how, in a list that overflows with disgusting dystopian, irrational and provocative optimism (but that contains serious ideas).

The first obvious thing is that the loans would be more subsidized. With government-backed revenues, banks would make loans easier. At 18, you could get around 1 million euros, and pay back 1,7 million over your entire life. Let's say up to 82 years: this is the average expectation in Switzerland. The increasingly precise statistics (poor privacy) have already led to the disbursement of mortgages at the age of 60, it would not be an absolute novelty.

Couples would have a monstrous figure of 2 million euros at their disposal. In the end, the amount to borrow would depend on age, lifestyle choices and genes. Instead of proof of income they would have periodic health checks. Banks, instead of worrying about credit scores, would start evaluating our health rankings. Sooner or later they would turn to health care themselves and start offering health products, as well as funding the science of longevity in order to increase lifespan (and debt).

The new Swiss dream: married at 18, he bought the dream house plus two brand new sports cars, thanks to the universal basic income!

Eventually a "health score" would be updated in real time by data from all smart or wearable devices. A bit like today for the black box of the car. This score would be associated with a Card and a financial AI would constantly adjust the repayment amounts and the available credit limit. Concepts like "salary" and "pension" would be totally outdated.

In the United States, the proposed amount (even by a former presidential candidate, Andrew Yang) is $ 1.000 per month. It's not much, you can't really live in it, and you can't borrow much. Now that we know what the Swiss are trying to do, it seems a bit of a rip off. But let's analyze it anyway, because it too would produce profound social changes.

First of all it would favor the creation and structuring of Micro tribes. Life in common would become a rule. How can we not only live but thrive on a universal basic income? Groups of 5 to 50 individuals gathered around a specific interest, hobby or belief would pool their income to begin establishing a life of their own from the current system. “Light” communities, with few properties: worry-free backpack and roaming, with strong collective support.

Digital nomads in the true sense of the word

Hippies of the third millennium

Over time there would be more and more communities living this kind of life. Think of artists, creatives, collectors, players, believers of a religion and many other groups of people who come together to live frugally together. People who by pooling their universal minimum income in a cooperative way would be able to exploit economies of scale and afford products and services that they could not have on their own. Condominium lives.

Choosing this lifestyle would lead to unparalleled freedom in creative endeavor. Kind of like in the 60s, but without LSD. Whereas previously creatives and artists were bound by the need to produce something that would feed them, now that would no longer be the case.

Students would do it in the blink of an eye, they would be ultramodern "communes".

Work at the time of universal minimum income

Universal basic income would also change the business world. Injecting trillions into the economy every single year would trigger a revolution, a gold rush in the truest sense of the word.

Everyone would try to get a piece of that pie. Forget the tech bubble, imagine another kind of bubble. A bubble in which everyone can get money "on credit" on the basis of a guaranteed income. It would be enough to convince 100 people to invest part of the value of their annual universal minimum income, and we could start with a startup. We would have hundreds and hundreds of new and strange initiatives, hyper-specialized services and ultra-personalized products that would appear and disappear at supersonic speed. This would generate a bubble never seen before.

Every company would have a question in mind. And the question is, "How can we direct all this universal income from people's pockets to ours?" A new job would emerge, the “Universal Income Strategist”. His task? to answer this question.

Every company would like to position their products and services in such a way that people see them as an essential part of their lives, basically implementing a "subscription" version of their products, a bit like video streaming companies do today, or software house.

In the end, the companies that would remain standing would be those able more than others to "package" products or services in such a way as to be a convenient fraction of this income, and therefore be "adopted" by citizens. I have in mind a subject that starts with a huge advantage: Amazon. Alone, it would already be able, for the equivalent of 1000 euros per month (even much less) to provide a subscription to all average needs: food, clothes, books, music, entertainment.

With economies of scale, these "income packages" would allow people to get a lot more for their money than they otherwise could.

We know: there are people who would inevitably try to abuse this system as well. It also happens today in Italy with theexcellent measure of Citizenship Income: there are those who scam (it's not a good reason to remove it, of course). In the case of universal minimum income, the first temptation for some would be to spend this money elsewhere, perhaps using a double passport. Inevitably a part of the income would be taken elsewhere (I think of Portugal, Spain, Ireland which today welcome some of our pensioners). Countries that target digital nomads (I am thinking of Lithuania) would benefit most.

We can't even imagine how all the convoluted frauds and scams we already have would evolve in the absence of proper controls. Think elder abuse, online (or offline) extortion, millionaire dead cousins ​​and so on. And I didn't even use the word "hacker".

Do we want to talk about the universal minimum income as a political lever of abuse? China (who knows if only she, then) might couple its subsidy with its social credit system. This means that you would be paid only if you are "good citizens". I guess the assignment criteria.

As much as I like the idea, and I really like it, I get a weird feeling out of it. Without a calmer, companies would try to take as much money as possible from those distributed with the universal minimum income, and the incentive would be to push digital, perishable and temporary goods and services, because the margin is greater and can be constantly repurchased. We would have a redistribution of wealth in the short term, but in the long term the wealth would still end up piling up to the top.

Although the principle is wonderful and promises to solve many problems, I cannot help but notice that such a scheme will have several defects, some of which are quite serious, and that you need to think about it.

Because the goal is not to "give money", but to distribute wealth. A good legislator, a few words. 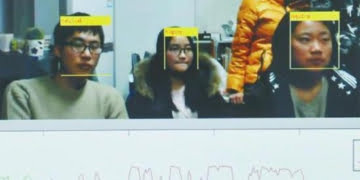 Schools are starting up again, and it is often difficult for #students to stay focused and active during all hours of ...