The glass of the futuristic pickup went to pieces, but Tesla Cybertruck will still make sparks, even in spite of the sensational ugliness. I tell you why. 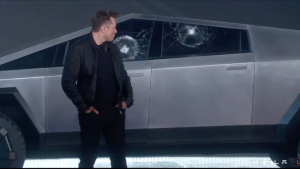 Tesla Cybertruck, this is the name of the futuristic vehicle, seems to have come directly from a dystopian story by Philip K. Dick. An ugly tale, just in case.

I can't tell you how much I DON'T like the aesthetic aspect of this little metal monster that aims to convey an “implacable” air. To me it has the effect of a trabiccolo covered with metal sheets: yes, for my vintage part it is a bit like the Van of the A-Team, it has something of its own heroic. But he is truly a ciospo, come on.

And this is where I cling, oh oblivious, to the qualities that the four-wheeled energetic from Tesla will certainly bring out. In the future, I say, because in yesterday's presentation the flop is one that dwarfs the barbine figures that Steve Ballmer remedies with every new Microsoft release. As in those cases, however, the injury must be considered cathartic, auspicious.

Called to illustrate, among the qualities of Tesla Cybertruck the main one (solidity), the tycoon witnessed a tremendous défaillance.

An angular stainless steel body, practically invulnerable to blows of all kinds, both in the carriage and in the glass. An animal. So let's hit him with lead shots, right? What better occasion this catwalk on stage. There is also the live stream. Let's get it inside.

The first metal marble smashed the window with a dull thud. A typical sound Thumm. We have before us a titan of the space race, one who wants to wire our brain to a computer, who will make us travel in pneumatic tubes, in a scene worthy of Giandomenico Fracchia.

It is not possible, on. Again, with the rear glass. Watch now.

The second marble smashed the "invulnerable" glass, entering almost soberly, as if not to disturb.

And here comes the greatness of genius. The unchalance unlined, and that blasé joke: "We will fix it later". But such as SpaceX for Mars, which Hyperloop, that Neuralinkhere, I thought, one who is not afraid to fail and try again, one who knows no obstacles.

Kind of like his Tesla Cybertruck, in the end. And for many reasons.

Primo, even the fearful ugliness (no, it doesn't meet my taste) has specific goals. He has to work, he doesn't have to do fashion shows. Second, the doors REALLY held up to heavy hammering. Third, the specs are frightening: 3 different courses (300, 500 and 800km range). Capacity to carry 1600kg and tow another 6.350kg. A base price will be 39.000 euros, up to over 69.000. Bedroom, Is it or is it not the latest model of the house that sells the most in the world, the most advanced in the field of electric vehicles? So.

Presumably this cross between a DeLorean and an Alfa Arna will arrive on the market at the end of 2021, perhaps with a retouching to the strength of the glass (if those discovered in Tampere would do): is it not?

Trust me: those who manage to pass unscathed a figure of shit like this knows no defeat. 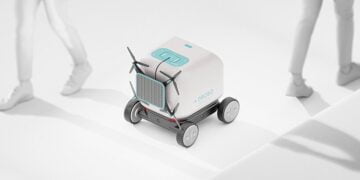 An Italian startup develops a system for the automated delivery of medical products: Drobo does it on wheels and ... rotors!