Reviled and opposed, but he is the only one who can face this crisis (and the next ones): the minimum Universal Income is needed now more than ever. 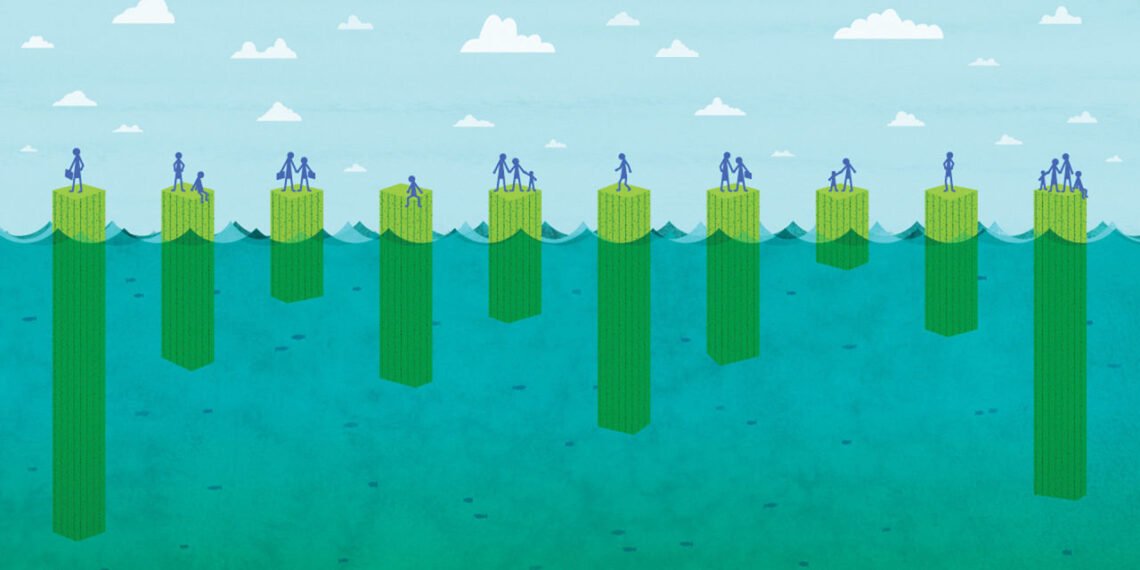 In the frenzy that arose from the Covid-19 pandemic, several countries are considering huge packages of fiscal and economic stimuli to mitigate their effects.

Essential plans, of course, but they must be strategic and sustainable. To avoid creating new problems, first of all, you need to add a new element, an old knowledge that is always underestimated: the Minimum Universal Income. Universal Basic Income (UBI). The only thing that can get us out of the quagmire.

Rule number one in case of crisis: when you are in a hole, stop digging immediately.

Opponents, and there are many, point out that it will not work because no country can afford to regularly distribute money to all citizens. They will argue that we will have unsustainable deficits, which cannot be financed.

This is a valid concern. But the alternative is a greater surge in inequalities and tensions. Factors that would cost governments even more and open up countries to a huge risk of social conflict.

The pandemic that started in China has raged across Asia and beyond, exposing inequalities and vulnerabilities to huge sections of the population.

Se 1.3 billion people, two thirds of the Asia-Pacific workforce, as well as migrants (100 million in India alone) will lose their livelihood, without a safety net, social costs will be unsustainable. Economic instability will be outclassed by social chaos.

The debate on universal minimum income is inevitable, indispensable

A new social contract that can rebalance the profound inequalities prevalent between societies. To put it bluntly: the question no longer has to be whether resources can be found for effective social protection, but HOW they can be found.

USA and Canada are finally studying it. The Canadian Prime Minister Justin Trudeau it provided 2.000 Canadian dollars per monthfor the next four months, to workers who lost income as a result of the pandemic. Other countries in the world are further ahead (including Italy thanks to a measure, the citizenship income, which conceptually goes in similar directions). Now it needs to be expanded and run in the long run.

We can do it

In my opinion, we need to change our approach from the past. The universal minimum income should not be considered as a dispensation, nor as an additional solution to be added to those already in place. Rather, it must be a catalyst for changes in other sectors as well: the minimum universal income can and must be the factor of change that we need.

Domino effect on other reforms

We will need, to say, fair taxation. Countries will have to work together, sharing data, to prevent people and companies from evading taxes. We all have to pay our fair share, and less. We can no longer privatize profits and socialize losses.

Subsidies, in particular for fossil fuels, which hinder the path towards sustainable development goals, should be stopped. In particular, the objectives of climate change. This would benefit all of us, while generating financial resources for a universal minimum income, but also to support fossil fuel companies.

Even Warren Buffet and Bill Gates, among the wealthiest people on the planet, have asked that the rich pay more taxes. According to Credit Suisse Global Wealth Report 2018, 10% of the richest people in the world own 85% of the wealth.

Apple, Amazon, Google and Walmart, to name just a few, generate staggering profits and, after taking advantage of all the flaws of the tax systems, pay ridiculous amounts.

If even only the top 1.000 companies in the world were taxed fairly, a modest universal minimum income could be distributed rigorously and reasonably worldwide.

When governments are deprived of the funds they should legitimately have to build a better state, something is simply wrong.

The beautiful, magnificent theories on the global economy (some proposed by today's and so-called "frugal countries") is profoundly incorrect. To work effectively, they say, a global economy needs basic rules that can also help companies move capital to places where it can optimize its performance. And this without hindering the goal of national governments to meet the legitimate expectations of their citizens for a fair participation in the benefits and costs of globalization.

Basically the full barrel and the drunk wife. It is evident that it cannot work.

Global coordination would be needed to achieve "acceptable ground rules" and "fair participation in benefits and costs". Otherwise highly mobile capital flees to countries that "frugal" do not charge enough taxes.

It is important to consider the pros and cons impartially, the reasons why it has not been widely implemented so far and what could make it viable.

A complicating factor is that it should complement existing social programs. Another important element would be to leave an incentive to work. The universal minimum income should be sufficient to support a person leaving them motivated to work, save and invest.

Not easy, as said. But the alternative to not having a universal minimum income is the growing likelihood of social unrest, conflict, unmanageable mass migration and proliferation of politicians or extremists capitalizing on social disappointment.

It is in this context that we must seriously consider a well-designed universal minimum income.

With him, a shock can strike you, but it cannot destroy you. 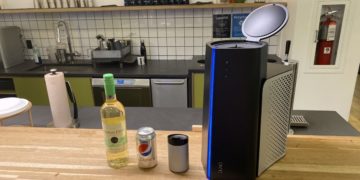 A device that quickly cools drinks thanks to the Peltier effect. The Juno Instant Fridge already sells, but it will also inspire ...