Sexuality evolves rapidly and will lead us to transcend our limits of space, time and body. But will we still be able to remain human? 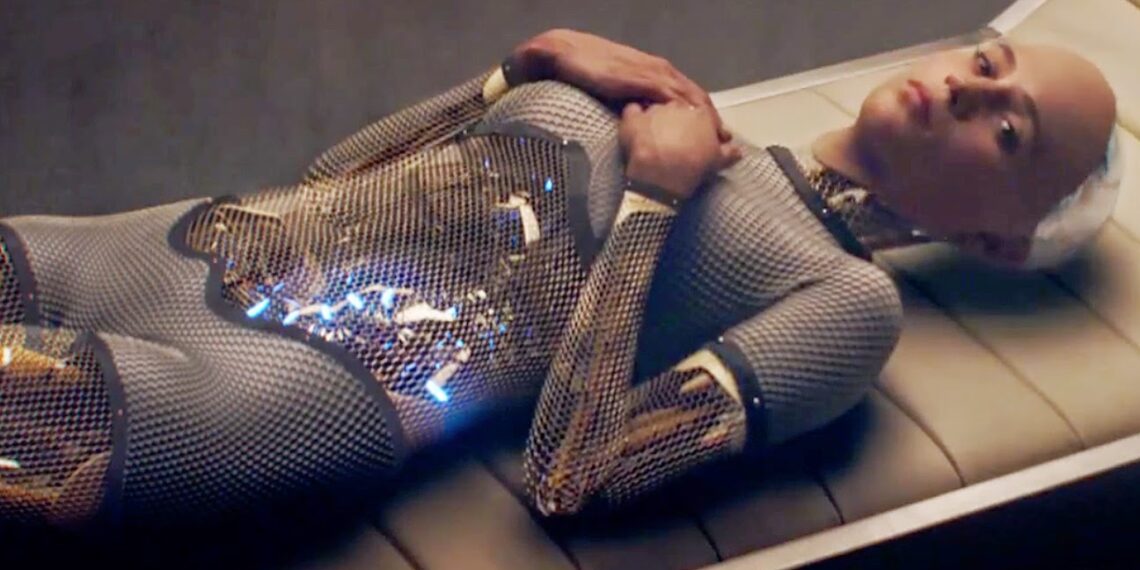 in Weather, Society
⚪ Reads in 10 minutes

Thousand thousand apps like Tinder, Happn, Grindr or online dating sites, technology marches against loneliness. Now also the genetics is enlisted to help us understand who we should spend the rest of our lives with. While the revolution of finding a romantic partner (real or platonic) electronically takes place before our eyes, the impact of technology in the bedroom was not so immediate. But if technology permeates the entire terrain of human relationships, why should sex and sexuality be the exception?

Sexuality and technology, the next de facto couple

Art and literature are always ahead in imagining our future. On the subject of video sexuality and sexual robots, some films have already speculated on the turning point of the "new sexual world". In the 2001 film "AI", Jude Law he played a gigolo robot programmed to make love. In "Her di lei", Spike Jonze's beautiful love story in 2013 Joaquin Phoenix had virtual sex with an AI operating system. In "Ex Machina", in 2015, the character of Alicia Vikander he was a robot capable of interpreting and responding to feelings, as well as manipulating people.

I think no one will be surprised that a studio in the US of the Statistics Brain Institute found that 39% of American teenagers (13-19) and 59% of young adults (20-26) they use their phones for sexting. What if these devices not only transmit images and sounds, but also touch and smells?

Companies are working on the olfactory "print". A technology that in the future could lead celebrities to spread (and even "bottle" and sell) their natural perfume for the greater pleasure of their fans. A sprinkle of Jennifer Lawrence or Ryan Gosling? On the subject of touch, there is a device called Hug Shirt which allows people to send hugs from a distance, like a kind of tactile SMS. You can decide on the strength, duration, skin warmth and heart rate of the sender. The actuators then recreate the same tactile sensation on the shirt worn at a distance. And what about a 2011 video that promised a way to send "French" kisses from a distance? The visionary who imagined similar stuff claims that celebrity kisses could be bought and shared by users in the future.

The future of sexuality

As you may think, it is not (it will not be) a question of just harmless kisses. According to the report Future of Sex, tactile suits or "tactile" social networks could allow "physical" sex even thousands of miles away. Intimate video chats that combine remote sex devices and holographic partners would do the rest. A market with incredible economic potential, which seems to have been designed to fill a "dependency" that is truly impossible to cure: that of others. The main direction is to find real contact with people, at least I don't see alternatives. This "surrogate", however, can go a long way like so many others on the planet (drugs, sugars, smoking, pornography).

The authors even estimate that by 2028, over a quarter of young people will have had a long-distance sexual experience. Video sexuality, or rather tele-sexuality, will take hold. And by 2025, 3D printing of body parts could add more realism and positions to sex toys: long-distance relationships would have compensatory mechanisms and more "faithful" embraces than the current ones. Does it seem out of your mind? You think we are only at the beginning. In ten years, everything can change.

The next level: virtual reality and augmented reality

The sex toy of the future will be a robot

Hiroshi Ishiguro, inventor and robotics expert, says that the world's most sophisticated sex robots will be part of our daily lives by 2050. They will be receptionists, language teachers, museum guides and ... sex toys. In a report by futurologist Ian Pearson it is speculated that by 2050, human-robot sex will be more common than human-human sex.

I would feel I can categorically rule it out, but is there any chance that it will happen? Given the state of the technology, in theory it could. You will hear more and more often about one of the most unconventional inventions in the universe: teledildonics. It concerns sex toys controlled by a remote user or by software, and they represent the antechamber of robotic machines for pleasure. I can already imagine the headline of a future newspaper: "woman sues the company for breaking her leg while having sex with the robot". What will happen?

Let's take the "high-tech paradise" Japan, where the worrying trend for their young people to lose their interest in sex it already causes some serious social problems. It should come as no surprise that Japanese companies are already working on robots that users can have sex with. If these robots can mimic sex satisfactorily, perhaps those who already have difficulty forming relationships in real life will opt for them. Some sex robots, such as the TrueCompanion in silicone and metal, already detect the movements and the user's voice, reacting accordingly. Realdoll makes AI-equipped adult dolls that, the company says, can replace real-life conversations. Yeah, for sure.

The inventor of American Robotics, the Dr. David Hanson, He developed Sophia, a mix between his wife and Audrey Hepburn. Its hyper-real skin is made of silicone, it can make 62 facial expressions, it processes words and develops its intelligence over time. When Hanson has presented Sophia , he imagined that one day an android like Sophia will be used as a "sexbot". I would say to be cautious with the forecasts, Sophia is unlikely to be introduced on the market soon.

This does not mean that we are far from a "sexual robotic future". We are talking about an industry that is worth relatively little today, but which will be worth at least 20 billion euros within 350 years. This is what Synthea Amatus, the company that produces the Samantha robot. An incredibly realistic and AI-based android. Samantha and her "colleagues" could be an outlet for lonely antisocials, but also for frustrated married couples where neither party wants to cheat. In China, Japan or Spain there are already brothels "inhabited" by robots. The one in Barcelona even had to move because considered a threat by human sex workers.

Cyborgs and the impact of human enhancement on sexuality

What if the future sex robots, indeed the future sex cyborgs, were us? At present the technology optogenetics it can activate specific neural cells with a particular wavelength of light. If our cells are engineered with this ability, special lights can create the sensation of, for example, a caress. Imagine future sex robots with full-body LEDs flashing lights in programmed patterns downloadable via the smartphone app. I have to translate? Self-stimulation addiction may in the future receive its own code in the international statistical classification of diseases. If a microchip with the ability to trigger feelings of extreme pleasure on demand is ever developed, it will likely become an impossible drug to eradicate. A lot of people will never get out of it again.

The "technosexual" future of society

At this point, you may be shocked, outraged, frustrated, amazed, or the combination of all four. But think about one thing: technology has always been developed in response to needs. There are people who live in long-distance relationships, there are others who may have problems with monogamy. There are desperately lonely people and others who have serious problems with forming lasting (sexual) relationships.

Consider the guy called davecat. Do you know him? Do you know its history? He is a member of the so-called technosexuals, a handful of people living with synthetic partners, life-size dolls. He felt isolated and alone, he says, without a place in society. After starting his relationship with his synthetic wives, everything changed. He is now happy and says his friends accept his choice. She also says her dolls were necessary to start living a better life.

Of course, there are many questions that arise. The first, and perhaps the most painful: will we be able to maintain intimacy, empathy and care for others without technology, or will these things also depend totally on her?

There are people, transhumanists like Zoltan István, who say it can't and we shouldn't cry a lot. The question, he says, is not how technology changes sexuality, but whether sexuality can survive technology. And he thinks he won't survive. Sexuality, like all social rituals, is something that will not be necessary in a world where children are born in one artificial wombthe they are not born entirely.

For me, sexuality should definitely survive. We should teach our children how to love, how to feel empathetic towards others, how to form lasting bonds. Of course, we should also understand what place technology could occupy in our lives and in our sexuality.

And we need to do it soon if we want to preserve the core of the human being, because what remains when one of the most precious human interactions loses its authenticity is anything but human.