The pandemic also accelerates society's tendency towards loneliness. The boom in services and products for the company is a very strong spy: will it work?

It is the year we all experienced social distancing. The subsequent isolation engulfed the globe like the virus itself. A capitalist globe. This is why a new business was born: that of solitude.

Even before the pandemic, loneliness was considered a real official epidemic in several countries. Loneliness rates in the US have doubled in the past 50 years. In 2018, around 200.000 seniors in the UK did not speak to a friend or relative for a month, according to a report of the government.

Covid-19 is a frightening disease, but loneliness also kills

A study of the Health Resources and Services Administration found that severe loneliness can harm your health as much how much to smoke 15 cigarettes a day. Researchers have gone so far as to say that elderly people who endure long periods of solitude have a risk of mortality 45% higher than the others.

Many governments have moved to address the growing problem, as has the private sector. But how exactly is loneliness mitigated?

Most of the solutions are based (unsurprisingly) on technology. Many companies are betting on the robotic or virtual company to solve the crisis.

Resembling a tall white table lamp with a sphere-like “face”, ElliQ will torment its owner with friendly reminders to drink water or take medications, or encourage him to play with cognitive stimulation. From time to time, some music will play.

“Sometimes it's like she really is a friend or a person who is here,” says a woman in the introductory video. “It's pretty amazing,” says another. "I can come in, I can feel a little lonely and sad and she can cheer me up."

Nothing different, in other words, than going to any one anonymous chat without registration and seek comfort among strangers. With the difference that in this case the stranger is not even a person.

As with many sub-categories of the tech industry, Japanese companies are unrivaled. And their expertise on loneliness is probably a consequence of the country's unique relationship with it. Japan has the fastest aging population in the world. Currently, more than a quarter of its citizens are 65 or older, a share that is expected to rise to 40% by 2050.

The circumstance gave rise to an entire induced. There are companies that sell insurance to apartment owners, offering to take care of tenants who die and pay for several months of missed rent.

A girlfriend in a sphere

Japan also has solutions to loneliness in the entertainment branch. I think of Hatsune Miku, the holographic pop star who opened Lady Gaga's tour and sells shows around the world, despite not being human.

What you may not know is that this 2.800-year-old blue-haired eternal lady can be a companion. For around € XNUMX plus a monthly subscription, buyers can purchase a “black sphere” containing Miku: a girlfriend in the house.

“The classic model where people get married and have children won't necessarily make you happy,” she says Akihiko Kondou, one of Miku's 3.700 multidimensional husbands. "I love her and see her as a real human."

For the less romantic there is Strike, the interactive robot disguised as a fluffy white seal that aims to provide the same proven benefits of pet therapy.

The website reads: “Paro has five types of sensors: tactile, light, hearing, temperature and posture, with which it can perceive people and the context”. It also mimics the sounds of baby seals.

Of course, there are even more playful anti-solitude products coming out of Tokyo.

IPhone cases that hold your hand, pillows with the faces of famous people and other amenities. There is also the Tranquility chair, a kind of gigantic rag doll that will surround you with affection at the modest price of 420 euros.

Rent a sister or a boyfriend

Statistics suggest that there are between 600.000 and one million hikikomori in Japan. A group consisting mainly of males who have isolated themselves from society, or refuse to leave their homes.

In an effort to help a hikikomori relative, families also resorted to services such as Rent-a-Sister. Girls hired to visit the "inmates" every week for around 250 euros per session, helping them to get them out of their bedrooms and back into society.

The company responsible for Rent-a-Sister has also started a dormitory that serves as a social 'retirement home'. A project that aims to train members to live independently (since most of the hikikomori are kept by their parents).

In China, boyfriends for rent are strong

The practice of "buying" a boyfriend's company is exploding in the Celestial Empire, partly due to the stigma single women face when they are in their twenties.

I talked about it in this post some time ago.

The practice focuses not so much on curing loneliness as on convincing the parents of these women that they are not alone. Take advantage of society's discomfort with lonely people rather than mending the loneliness itself.

ASMR, a stranger lulls you to sleep

All of these rental services and robots may seem distant symptoms of extreme discomfort, but they are not. There are more "harmless" examples of how a certain degree of loneliness is gradually filling our daily life.

Take the ASMR videos that lull millions of users: an unsuspected ocean of people completely integrated into society, and not necessarily in situations of discomfort.

Not being able to sleep, to use a term dear to ASMR users, is a trigger. Even when you're not physically alone, have friends and support, staying awake in the middle of the night marks a distance. For this reason, more and more people let themselves be lulled by videos in which many willing “ASMRtists” whisper soothing things.

Cam girls and boys, usually regarded as part of the sex industry, also play an important role in relieving loneliness. A soft version of it, called “camming”, also makes up for relational deficiencies.

"The whole concept of camming is basically talking and having friendly interactions with people", says Danika Maia, freelance cam girl and founder of Money Mama Club. “We talk a lot, we know each other. I have heard about the social problems of many people, I do special shows for Valentine's Day and I send personal messages and video notes on request ”.

Curing loneliness seems a morally valid idea, but experts warn that these "solutions" could point to the wrong problem.

"I don't think loneliness should be cured," he says Jeremy Nobel, a faculty member of Harvard Medical School and the UnLonely Project, a themed foundation. “I think it needs to be crossed. A fairer way of looking at loneliness is that it is a human experience, and it has a purpose just as thirst has a purpose. You don't die of thirst, you die of dehydration. Thirst sends you a signal. Loneliness sends you a signal. The signal is that there is a human connection that you need and are not getting. "

That said, Nobel believes that technology can be a temporary relief from loneliness and that we should definitely continue to explore these products. The danger comes if these products begin to replace the drive for true human connection.

The loneliness epidemic has opened up fascinating and profitable business opportunities. But consumers shouldn't start relying too much on technology. If they use it instead of spending time with real humans, it could lead to greater isolation. For this reason, ironically, the same industry that aims to solve the problem of loneliness could play an important role in perpetuating it.

Humans have hundreds of thousands of years of "biological wiring" between them.

For this we may need more things from people than a robot can give us. 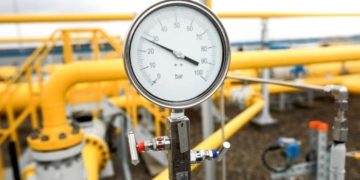 Fortunately, the redde rationem on the purchase of Russian gas with payment in rubles will not be tomorrow. What will be the ...