Latro, "scorpion" to manage nuclear waste and other useful robots like him are bread for our future, but they can only come from the public sector. 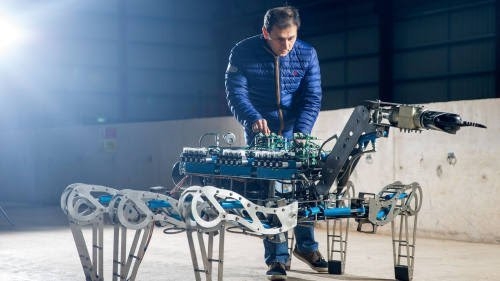 In an atrocious scene from the recent Chernobyl series broadcast on Sky Atlantic, the attempt by Soviet engineers to use robots supplied by the then West Germany to clear the rubble on the roof of the power plant devastated by the disaster is recalled.

Originally intended for lunar exploration, the useful robots were designed to withstand hostile conditions, yet they were "shot dead" by the reactor's intense radiation. The authorities then had no choice but to convince humans to do a job that exposed them to certain death, in order to save thousands more, perhaps millions of lives. With Latro today it would not help.

Today's nuclear facilities are much safer but not without risk: from the outdated facilities at Sellafield, the UK's nuclear waste treatment site, to Japan's Fukushima power plant, which has a very serious storage problem after the 2011 disaster, is seeks a very tiring rebirth through renewable energies.

Unlike their Soviet predecessors, however, today's engineers have access to a growing army of useful robots that can help in everything from decommissioning to disaster recovery, keeping humans out of harm's way.

Latro, robotic scorpion who is not afraid of radiation

One of these is Latro, developed by the University of Manchester and Forth Engineering. Latro is equipped with photographic equipment, laser scanners, cutters and special software. A robotic spider (also reminds me of a scorpion) which can recover and store radioactive material from hazardous parts of Sellafield: a place that has produced a tragic inventory of deadly waste since its opening in the 50s.

The university is also developing robots useful for the remediation of Fukushima, where the precise location of part of the melted nuclear fuel remains unknown.

“Robotics in this context concerns many fields of application. Exploration, access to different areas, a better understanding of what is inside them, the amount of radiation and the location of the molten fuel. All crucial elements in order to better define the remediation operation ", says Professor Barry Lennox, a nuclear decommissioning expert at the Manchester Robotics Department.

The importance of public funding

Useful robots don't just have an operational destination to support us or relieve us of work. They can and should be used to protect us, and save our lives. In this sense, their development cannot be separated from public funding and academic studies.

Academics have more freedom than businesses to take the risks associated with proving that new technologies will work in the field. Technologies such as Latro are developed with a totally different goal from that of profit. They benefit from intentions and investments that a private individual would not have and would not make.

Once a concept has been developed, the road is easier for business partners. The confidence of private investors then increases, and companies can help the large-scale roll-out of a technology.

Not only: the "public" development of a Technology allows the community to acquire knowledge and spread it cascade to students of the new generations. Otherwise, a private individual generally has an interest in keeping this knowledge for himself.

In short, "the future is private" said Zuckerberg, not me. Hats off, but if we want to have a future it's better to have different perspectives too. 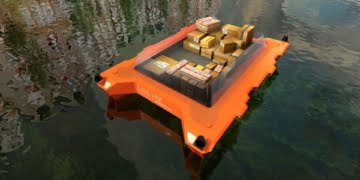