After the wretched declarations of the Minister of the Environment, the radioactive water of Fukushima is still looking for a destination, and the drums will soon be full. 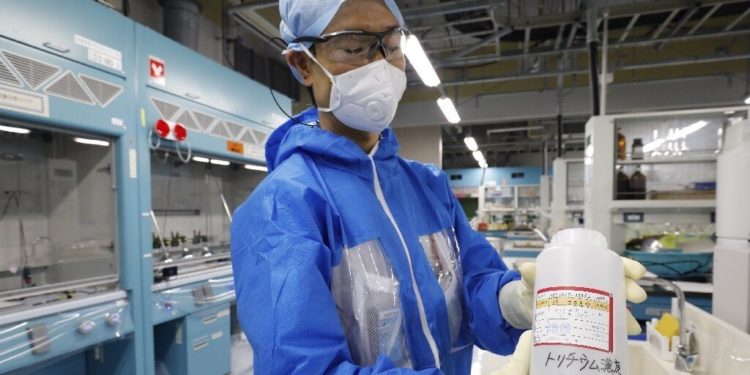 At the foot of the Dai-ichi nuclear power plant in Fukushima there is an incredible headache for the top management of the plant and for the Japanese government: a sea of ​​water contaminated by radioactive elements.

Yes, because the "reserve" of the radioactive water of Fukushima grows every day by 150.000 liters: what to do with it? The problem unleashes bitter debate with sometimes cruel and surreal sorties, such as the recent proposal to throw everything into the ocean “after a severe decontamination”.

The sources of evil

The water comes from several sources: some is used for cooling the power plant, which is necessary after a tsunami wave engulfed it in March 2011. More water leaking from the outside and the inevitable rain make the problem even worse.

A thousand stems have replaced many of the cherry trees that surrounded the plant: each of them collects 1200 liters, many of them are already full.

"We will build many more until the end of 2020, and we think they will eventually all be full by the summer of 2022," says Junichi Matsumoto, the TEPCO manager for the dismantling of the nuclear site.

TEPCO first sought to cover, then to tackle the problems by taking all sorts of measures to limit the water flowing through the plant.

These include an impressive filter system that pumps tons of contaminated water through various membranes every day to remove as much radioactivity as possible.

The hangar where the decontamination process takes place is marked as "Zone Y" and has sixteen security measures.

All equipment is burned after use. A scenario that makes it impossible not to make correlations with Chernobyl.

"The filters themselves contain radionuclides," they explain to TEPCO. Over the years the water has often passed through the filters again because a single passage was not enough.

A new version of the filters is more effective, removing or reducing around 50 radionuclides to levels acceptable to the IAEA.

Almost all but one

A radionuclides however remains, and cannot be removed with the technology we have. Tritium.

The IAEA argues that when diluted with seawater, Fukushima's water can be released into the ocean because its levels would be reduced and the damage would be quite small.

The reassurances are not convincing

In the Fukushima area, the words of the IAEA do not calm the situation, especially that of the local fishing industry already tested by the gigantic damage to image suffered by the nuclear accident.

Kyoichi Kamiyama, director of the Regional Government's Department of Radioactivity Research emphasizes the sufferings that Fukushima fishermen have suffered for 8 years.

“Throw that water into the ocean? I am absolutely against it, ”He said in an interview with Associated France Press.

At national level, the situation is no less tangled

After the improvised exits of the Minister of the Environment (!!) on a discharge into the sea of ​​the water of Fukushima, a spokesman for the Minister of Industry reiterated in softer tones: "We want to understand how to minimize the damage of potential sea dumping to the reputation of the Fukushima Region and products,".

There are still no decisions, however, even in the medium term: next year's path will lead straight to the Olympics in Japan and it is better to safeguard the international image, also because environmental associations are on a war footing.

Greenpeace thunders against TEPCO, unable to clean up contaminated water. The solution, says the association's nuclear specialist Shaun Burnie, “It can only be a long-term containment with a progressive clean-up process. No to any radioactivity thrown into the sea ”. 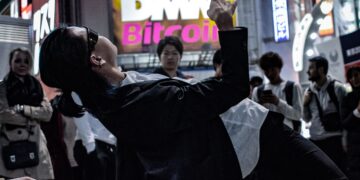