The available energy generation is estimated at around 600 megawatts, the equivalent of two thirds of a nuclear power plant.

TOKIO - The northeastern Japanese prefecture of Fukushima, which in 2011 was devastated by an earthquake, a tsunami and finally a nuclear disaster, has chosen the path of difficult rebirth.

That's right: Fukushima, the place that hosted a nuclear apocalypse, is still suffering the terrible problem of toxic debris to be disposed of plus tons of radioactive water, is trying to transform itself into a renewable energy center.

A plan is underway for the development of 11 solar power plants and 10 wind power plants (including new generation ones, like the Magnus WAVT) on the whole surface of the prefecture. The areas identified especially on agricultural land that can no longer be cultivated and mountainous areas from which the exodus of the population continues since 2011.

The total cost is expected to be 300 billion yen, or 2,75 billion euros until the fiscal year ending in March 2024.

The government-owned Development Bank of Japan and the private financier Mizuho Bank are part of the funders of the project. They prepared a credit line to cover a large part of the construction cost.

A hub of (finally) clean energy

The generation of available energy is estimated at around 600 megawatts, the equivalent of two thirds of a nuclear power plant. The electricity produced will be sent to the Tokyo metropolitan area.

The plan also includes the construction of an 80 km long network within Fukushima. It will connect the generated energy with the electricity transmission grid of Tokyo Electric Power Co.

In short, a radioactive phoenix that is reborn in other forms. More human forms.

A beautiful story to tell, we hope it will be the first of many. Between the ITER reactor under construction and a "remediation" that transforms nuclear sites into green hubs, the future may finally see the light. 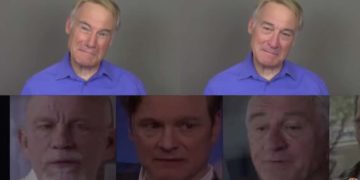 He puts his voice and gestures into it, the deepfake puts his face into it, and the actor literally becomes the characters ...