The humanoid robot Pepper will offer support and advice to patients quarantined for coronavirus in a Tokyo hotel. 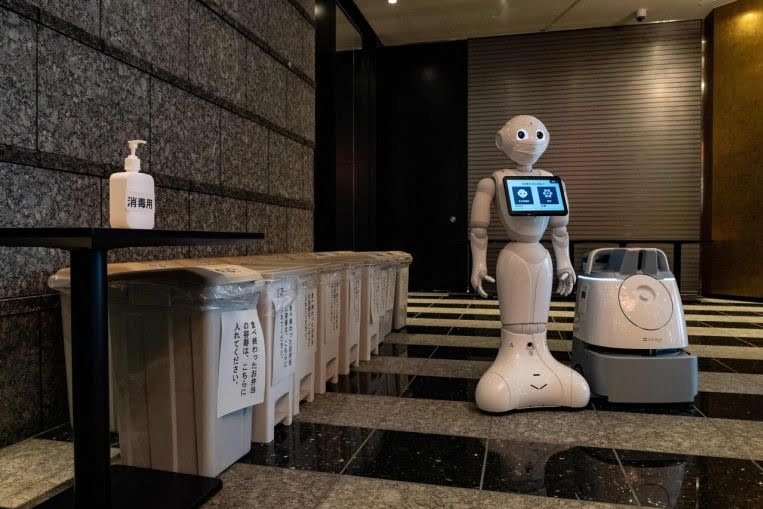 Quarantine for coronavirus can be solitary, but sometimes it can also be sad, solitary and technological. Joke.

In a Tokyo hotel converted to accept patients with mild symptoms in quarantine, a humanoid robot will offer support and encouragement, as well as advice and warnings to make the time spent in the facility less burdensome.

“You can't fight the coronavirus on an empty stomach. Please eat well to feel good "

It is one of the messages that the Pepper robot provides to coronavirus patients pending their quarantine in Tokyo Hotel. The local government has worked with accommodations to provide rooms for patients with mild symptoms, hoping to free up space in hospitals that suffer from stress.

In one of these structures, the newcomers will interact with Pepper, a white humanoid robot with round eyes and a tablet on his "chest", who will also be wearing a mask while doing his job to set a good example.

The Tokyo government has so far entered into agreements with five hotels, providing approximately 2.800 rooms for coronavirus patients, although only 200 are currently in use.

"Because patients are infected, in quarantine it becomes difficult to always have a real person to interact with," he said. Kan Kiyota, marketing director of Softbank, the company that makes the Pepper robot.

Pepper, the quarantine robot is a 'talking cricket' of the new millennium

Pepper lavishes encouragement such as “We're all supporting you” and “Please get plenty of rest while you're here and catch up!”, Bringing messages from friends and family to the occasion.

The supporting role of the robot does not stop at mere encouragement. It also says "please don't bring alcohol into the building" and "The fastest way to recover is to eat a balanced meal rather than your favorite dishes". These are just some of the precepts imparted to discipline people. Another way to keep them from falling prey to fear.

Do robots link in times of social distancing?

Between China and Japan other tests involve androids. In addition to robots used for deliveries, we also saw robots employed "Sanitizers" in hospitals. A smaller version of them, a robot vacuum cleaner, will operate in the hotel lobby without human assistance.

Health workers? Those are humans

Not just robots, anyway. In the Tokyo hotel, flesh-and-blood doctors and nurses will be responsible for health care, including monitoring data that patients must submit twice a day about their temperature and blood oxygen saturation level.

So far Japan has seen a relatively small outbreak compared to parts of Europe and the United States, with nearly 14.300 infections recorded and 432 deaths.

The country is in a national emergency, a status that should be extended after the initial period expires on May 6.