An incredible 3d display shows moving images with ever more realism: it is not a holographic viewer, but it gets closer to it. 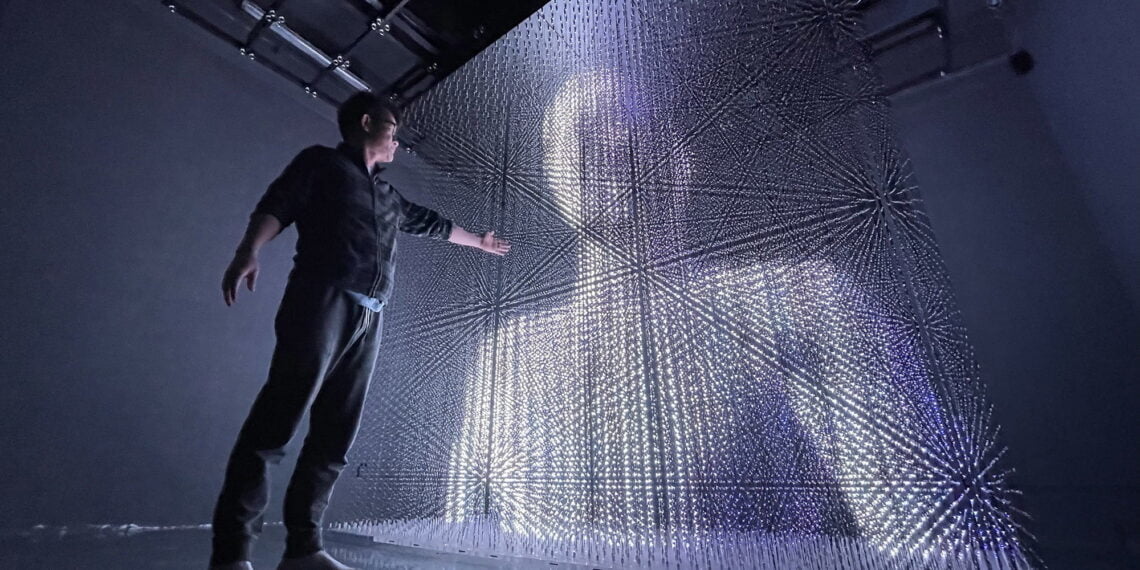 While we don't yet have the technology to make three-dimensional holograms a reality, companies like PORTL e Microsoft they're working on it.

Today a third company has decided to give up the traditional approach and come up with a whole new way to create a 3D display that brings shapes made of light to life.

Pulse LED uses thousands of LED light strings to create volumetric 3D displays. They are not technically holograms, but they look a lot like him. The latest version of their technology is called Dragon O and it can be as large as a room. It allows you to view any type of content, the only limit is your imagination. Take a look at this 3D display for yourself.

More than a 3D display, a network of LED neurons

The matrix of this 3D display appears to be composed of a “cube” made of strings of beads in which each pearl is a small light. The company sells it better than I do, and calls the individual lights "LED neurons," comparing their function to that of neurons in the human brain. Because? They both receive information from electrical impulses. Both create an idea (or an image, in this case) only when they work in synergy.

"Our brain is a machine that builds reality, selects and filters the necessary information", reads on the website of the company. Likewise, bright 3D displays can be configured to produce any type of image, including moving images.

In a 3d display, no pixels: let's talk about voxels

Think of a voxel as a 3D version of a pixel; if a pixel is a square or a point on a flat, two-dimensional image, a voxel is a point in a grid in three-dimensional space. This means that the 3D Pulse LED display installations are truly three-dimensional: they will see themselves from any angle, like a real object.

The company measures its 3d displays in cuboids. Each cuboid has a volume of three cubic meters and contains 24.000 voxels. Cuboids can be assembled to create larger displays. The largest so far is 6 cuboids and 144.000 voxels.

Dragon O was used in the launch of a Lancome perfume:

In a game called Killer virus:

in a discotheque in Berlin and in events a Shenzhen , Barcelona e Monaco.

Although the Dragon O 3d display is, at the moment, mostly just an "artistic experience", LED Pulse is optimistic about other practical applications for its technology. Including the same thing that PORTL and Microsoft are working on: "teleporting" real-time 3D images of people to different places to meet and collaborate with others.

In the meantime, we hope to see Dragon O in action soon in events and exhibitions of a world that has finally reopened.