How will it be watch the sport of the future? With Hololens the futuristic scenarios at the Black Mirror, with each of us equipped with a microcomputer and recorder in the eye, is not that far away.

If the Google Glass is no longer news, in fact, Microsoft's HoloLens project is more alive than ever, and shows us today what it will be like to watch the sport of the future.

The first models of HoloLens they will be given to developers only in March this year (at a cost of about $ 3.000 each), but Microsoft has already wanted to give us a taste of what the future of sport will be. After the one made with VolvoIn a video released in these hours, you can see the boys following the games with statistics in real time on the sides of the screen, holograms emerging from the walls, instant replays at 360 degrees.

A real immersion in virtual reality, or augmented reality, as we prefer to say. Thus Microsoft imagines the future of sport through its HoloLens, the glasses on which the company of Satya Nadella instead of the viewers, he is aiming perhaps more uncomfortable to use.

The video was made together with the NFL, the American football league. The video was published by Microsoft sul own channel YouTube, and you are shown the possibility of projecting an image much larger than what we could see on any screen. With various holograms, then, you will be able to see not only the stadium, the match and every single player on the field, but a whole complex series of statistics and other useful information.

According to the CEO of Microsfot the glasses HoloLens they can also be used on a purely professional level, perhaps in combination with design software such as AutoCAD or Maya and not just for video games or for sports. A future in augmented reality: for the poor wives forced to suffer the game at home, the nightmare of the players as guests directly in the living room. 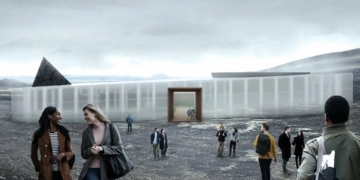