USA and China: two nations on the road, a thousand reasons for conflict and a battleground that could trigger the spark. It will happen? 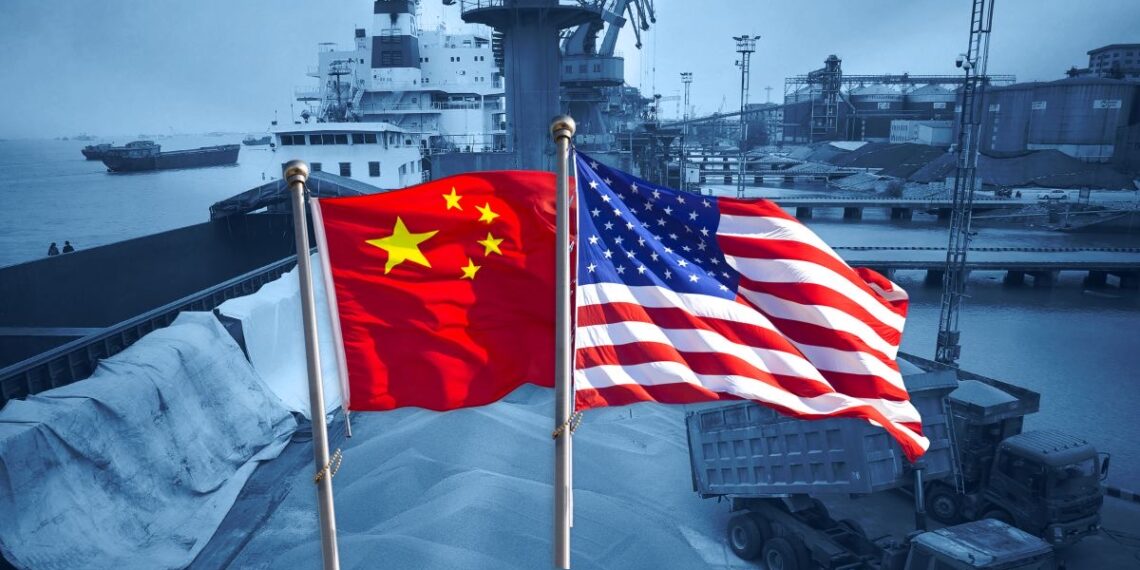 in Military
⚪ Reads in 5 minutes

I've already talked about it Thu e Thu: China and the United States today are on a collision course. Not less than a year ago, an authority like Henry Kissinger, not quite the newcomer, said that the US and China are "on the brink of a cold war".

I am convinced that Kissinger has hit the mark completely in his speech. Yes, I think he's right. The two nations are bound to conflict, and this will happen very soon. A cold war between the US and China is practically obvious in the near future. Is there any scope for a "hot" war within the next 20 years? One of those wars that go very, very badly with atomic options? Unfortunately, the answer is yes.

The problem of the seas

The two nations significantly disagree over the state of the South China Sea. China claims those as its territorial waters, claiming control over rich oil and gas fields and domination over 40% of world trade that passes through these strategic seas. The USA (and much of the rest of the world) believe that these are international waters and therefore free passage. China is rapidly expanding its Navy (they already have more warships than the United States) and is building artificial islands across the South China Sea to use them as strategic military nodes.

If you don't understand what it is, I'll give you a practical example: yesterday, March 10, US destroyer Uss John Finn conducted a routine transit through the Taiwan Strait on 10 March "In accordance with international law". It is the third similar initiative since the beginning of the year under an American program on "freedom of navigation". For the Chinese media, however, the move by the United States "intentionally sabotaged the regional situation".

At loggerheads on everything

If that weren't enough, China and the US are at odds over a wide variety of trade and tariff rules linked to an unbalanced trade relationship. There are significant allegations of intellectual property theft by the US against China. We have seen offensive cyber actions taken by both sides. American accusations of human rights violations against the Uyghur Muslim population in China. Chinese allegations of interference in Hong Kong's political situation.

Do we want to mention the profound differences in the control of 5G networks and the status of Huawei? What about retaliation against American companies in China? And the accusation of having spread "the Chinese virus" made by the US leadership? And the recent rivalry in the space race? Between the US and China, it is all too evident, it is not going well at all. This is not a simple rivalry.

The trap of Thucydides

History is full of examples of the "Thucydides trap" (a theory articulated by the Harvard political scientist Graham Allison). Whenever in the last 2000 years a rising power (in this case China) has confronted an established power (in this case the US) the result has led to a global conflict. Even when there was no advantage in a war, for either side.

Among the most recent examples, the First World War. And later, the Third World War touched on several times due to the friction between the USA and the USSR. What's different now?

Now internal disagreements and pressures are very strong, on both sides of the Pacific. On the one hand, President Xi tries to consolidate power and on the other Biden rules with a narrow majority. It is easy for both to point to the other as the aggressor, militarily and economically. Let's add the pandemic as an additional pressure point and that's it.

USA and China: the fear of a spark

The accident, look at yesterday's “nautical” example, is just around the corner. If one side were to "pull too hard", the other would respond more aggressively and could easily trigger an escalation. A downed Chinese jet or a US destroyer hit by a missile could spark feelings of national pride in both Beijing and Washington, especially in the wake of US elections in which both Democratic and Republican rhetoric used China as a punching bag.

If there was an incident in the Taiwan Strait, I would add the factor of extreme Chinese pride and nationalism to their view of Taiwan as a sovereign part of China. This could easily trigger a much broader military exchange than the warning shots and close approaches seen so far. Much wider.

All this seems unimaginable. Yet often our inability to respond to threats is not a mistake of intelligence but of imagination. We never imagined Pearl Harbor, neither 11/XNUMX, nor Covid, although there were the elements to imagine them. For this it is necessary to collectively imagine the disaster of a possible war between the US and China, so as to be able to decode and prevent it.

The chances of the US and China ending up in war are real and growing.

It will not only take imagination, but hard work to create a national strategy that can employ all of our considerable state tools. Efforts will be needed in diplomacy, economics, military deterrence, culture and communications.

And it will be worth the effort if we really want to avoid the darkness of an atomic war in the 21st century.