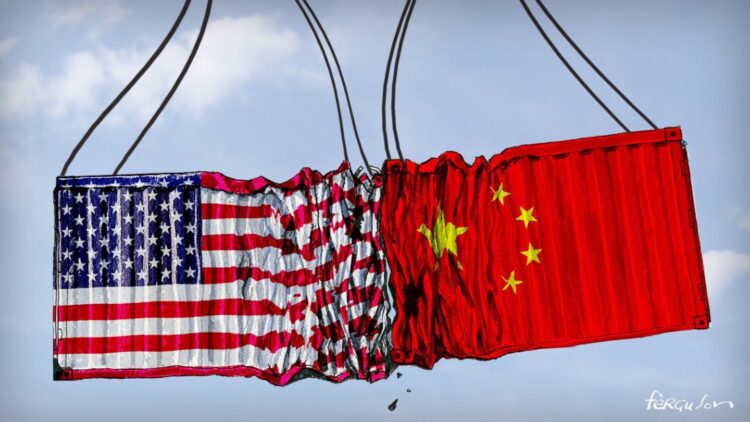 The clues are many, too many. China and the USA are at loggerheads, and a new RAND report also defines possible scenarios in the next 30 years. There is also that of a conflict.

Less than 30 years to 2050. From a temporal point of view, we are already beyond the beginning of that future: many of the scenarios that we will see in the coming decades are being built today. And there is one big one that can change the others. How much will China grow in the coming years?

Second a report from the RAND corporation we must prepare for an increasingly driven dialectic between China and the USA, especially if in line with Chinese strategies the next few years will see a clear economic and technological overtaking.

For RAND, the United States must take into account a scenario that sees the People's Republic of China growing rapidly or even predominant: a scenario that would make things more complex, even on the military level.

The authors of the report argue that the type of country that China will become, and the way in which its military strength will evolve, are neither preordained nor completely beyond the influence of the United States or the United States. However, the strong mutual concerns and suspicions about national security can thwart all attempts to improve bilateral relations made in recent years.

Covid-19 as a detonator

"The COVID-19 experience was a prime example," he says Andrew Scobell, lead author of the study and political analyst of RAND, a non-profit research organization. It wasn't difficult to predict it, I mentioned it here myself. "Beijing's secret approach to the pandemic has exacerbated tensions with other countries, including the US, contributing to the economic" decoupling "between China and some of its major trading partners. Beijing appears to have been effective in managing the pandemic at home, but this has been achieved through draconian and repressive measures. "

To map potential future scenarios, researchers studied trends in the management of politics and society and analyzed specific strategies and plans of the leaders of the Chinese Communist Party. In particular, those implemented to promote their vision of a well-governed, socially stable, economically prosperous, technologically advanced and militarily powerful China. The deadline? 2049, centenary of the founding of the People's Republic of China.

The report is based on an observation of Chinese and Western literature on the long-term strategic plans and objectives of the PRC. It also includes official statements from high-ranking Chinese officials and institutions, speeches from leading leaders, white papers published by the Ministry of Defense and other government agencies in the PRC. He even considers authoritative texts from the People's Liberation Army (PLA), as well as Western analyzes and other non-Chinese versions of these documents.

The report describes four possible scenarios for China in the middle of the century (triumphant, ascending, stagnant and implosive) with the two much more likely plants.

If China proves to be on the rise, the US should also foresee military risks for the armed forces already threatened in Japan, South Korea and the Philippines, as well as a loss of the ability to operate habitually in the air and maritime space of the western Pacific.

The report hopes that the United States Army will be prepared for a China whose role in Asia and the Pacific will grow steadily.

To prepare for a possible military conflict between China and the US in such circumstances, the United States could deploy stronger cybernetic and network attack capabilities and other means of countering Chinese unmanned aerial systems, say the authors of the report.

They should optimize their deterrent skills, transport troops and equipment to hot spots, and synergy with allied forces.

The level of detail of the report seems quite warlike, but the trend does not warrant great optimism.

The war of duties. The ostracism towards the Chinese 5G, the economic and judicial blows inflicted on Huawei. The cross accusations of despotism and racism over the events in Hong Kong and the American riots. Even the fears of a "Technological leap" source of sightings of unidentified objects.

Between China and the USA it seems to really witness the beginning of a new war, at least we hope it will be as cold as the one with the Soviet Union.

There is a serious global threat, but it is not what you think.