Adding sensorial experience to navigation: a trend that will be stronger and stronger between now and 2030. Will we be able to smell the odors from the computer?

Currently, the smell is virtually impossible to transmit digitally, but that could change over the next few years. What is not done for the market of the future.

The digital perfume is the closing of a circle. Technological evolution (mostly the industrial revolution) has almost made us lose the perception of perfumes. We all use a plethora of deodorants to hide our body odors and the traffic exhaust fumes in our vibrant megacities make us insensitive to olfactory sensations.

I would not hesitate to say that in a while we will think of our noses only as a place to put our glasses on, or as a sentinel who warns us of allergies and colds.

In fact, the smell is very important: the chemical language of perfume is a physical sensation that affects us directly and deeply. This is why, for example, car manufacturers make sure their cars smell new, or because coffee shops are much more tempting than vacuum-packed coffee in the supermarket.

Current online experiences do not currently include an odor component. Some past attempts (like Olly, a sort of anti-litteram olfactory printer) failed miserably. However, consumers estimate that our sense of smell will be a key part of the internet by 2030.

More than half of the world's population already lives far from nature and the ever-increasing urbanization has increased our need for natural experiences.

For this reason, 6 out of 10 people expect to be able to digitally visit the forests or the countryside and experience all the natural smells of those places.

This is the most common expectation, and indicates the strong need for a deeper dive than what videos can offer.

The experience of watching any type of video would be more immersive if it included the smell.

56% of people expect to be able to smell digital scent in the movies they watch.

Although attempts to incorporate perfume in films date back to the early 60s, their failure to gain popularity is likely due to a lack of effective technology rather than popular interest.

Given our poor knowledge of many of the world's flavors, it also appears that consumers are open to innovation in this field, with 47% expecting odor data to be available for companies to use commercially. At least for now, many don't see the need to keep their digital smell private.

Finally, this technology must not cause stink: will we be able to avoid bad smells whenever we want? More than half of the follow-up in the survey includes a device that digitally transforms smelly smells into pleasant fragrances in the nose. Nearly half also expect to be able to control the smell of others, using digital perfumes and deodorants.

All that remains is to wait and see if you can really access smells digitally.

You can already smell the future. 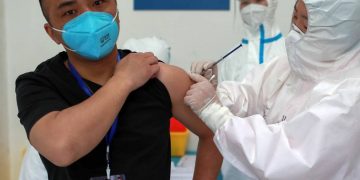