A Chicago team develops the small magnetic device capable of inducing the perception of odors. Here's the whole study. 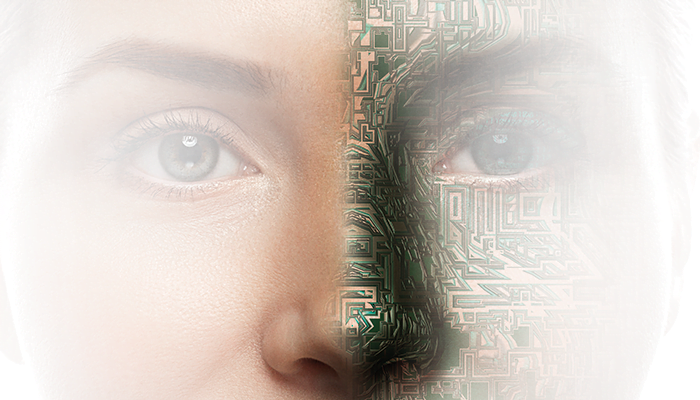 Jas Brooks he's an engineer looking halfway between a rocker and a hippy. One day, Jas sat blindfolded in a room with electrodes in his nose, a kind of ring, and let people "raise" his odor level remotely.

It sounds downright awful stuff. At least put it like that. Reminds me ofMilgram experiment (do you know him)?

In 1961 Stanley Milgram started a social psychology experiment that aimed to understand how people were able to obey orders contrary to their ethics. Participants were tested on their willingness to deliver electric shocks to participants.

As in the Milgram experiment (indeed, more: in that case they were only proforma), Jas Brooks received small electric shocks from the people involved in the experiment. No electroshock, however. Only sensations. Things similar to smelling wasabi or vinegar.

Smell of the future

"It wasn't painful," Brooks says. “I was sitting there feeling these 'smells'. I had the blindfold on, and the others had a panel with a drawing of my nose and two buttons, one for each nostril, with which they tested the sensor".

Brooks, a Ph.D. at the University of Chicago Human-Computer Integration Lab, focuses on the shape of the technology to come. And, at least according to this recent experiment, one form the technology could take is a sort of magnetic nose ring that produces odors electronically. Here is the paper describing the study and development done.

The tiny battery-powered wearable device can detect when you inhale, and uses its electrodes to stimulate the nasal septum (the small piece of cartilage in the nose that separates the nostrils). The Chicago team's device has no actual chemical stimulation. The wearer is not actually smelling outside odors - they are simply tickling one of the nerve groups associated with smell in a way that makes them think they smell.

The smells? (Also) a mental issue

Most people know that we perceive smell using our olfactory bulb, but in reality, smell is a multimodal sensation. We have two systems that contribute to our perception. The olfactory bulb and nerve endings in our nose. They perceive intense smells like vinegar, or like the refreshing one of mint.

The wearable Bluetooth nose stimulates this area to produce olfactory sensations, which the brain then fuses together with the olfactory bulb data to complete the picture. I think it is the first convincing work in the direction of an olfactory control. And it also has interesting features: for example that of being able to smell smells in both "stereo" and "mono" modes. This means that you can smell one smell with one nostril, and another smell with the other. But be careful: "stereo" smells are not exactly like those we experience in everyday life: there are surprises there too.

We are only at the beginning

Having exhausted the list of merits of this experimentation, it must be said that this "magnetic ring" on the nose is not yet able to simulate very complex odors. And perhaps it never will be, at least not by itself. It may be possible to simulate a wider range of odors, Brooks says, but not just through trigeminal nerve stimulation. It is obviously the olfactory bulb that has the widest range of sensations. The trigeminal nerve is more like the tongue, which can only detect five flavors: sweet, sour, salty, bitter, and umami. (Much of the subtlety of what we call taste is actually smell.) In other words, ok for vinegar, but we can't simulate smells like wet grass from rain.

What if we also stimulate the olfactory bulb? I do not know. For now, forget it. We should stick a long nasal swab in our noses. One in the presence of which a tampon for Covid would be like a handkerchief. We could perhaps do it with an internal implant, but the speech is premature.

There is also the challenge of programmatically replicating smells. "We don't know what the parameters would be to actually encode a smell digitally or electrically so that it can be decoded properly later," Brooks says. Not a small problem.

The usefulness of an odor simulator

What applications could this device find? The first that comes to mind is that of immersive reality. It doesn't matter how good the graphics are, or how accurate the touch technology is. Walking in a virtual forest and smelling pine would be the real leap in quality.

But it wouldn't be just a game. "We already have phenomenal olfactory experiences, perhaps to which we don't pay too much attention," says the researcher. "A device like this could lead to purely olfactory augmented reality, which truly transforms the way we interact with everyday smells." It's not clear to me how, but that's okay.

With the imagination you can visualize everything, anyway. Also a world of olfactory notifications. Who wouldn't want to smell the good scent of flowers when a beautiful girl calls us? Or feel the smell of burning and understand that they are calling us to sell us something ... Joking aside: having a nose ring like this could cause us to perceive smells that we would not otherwise perceive. Dangerous odors, such as that of carbon monoxide. It would be very useful, for example, to the rescuers of earthquake victims.

To go back to a bit more playful experiences, being able to relax with a "smell playlist" would be great, right? Itineraries imagined, with a voice that invites us to a guided meditation, and smells that make us travel a journey. "Walk in the vineyards", with the smells of the must, or "a morning at the sea", with the smells of sea breeze and who knows what else.

Difficult. But not impossible.