The world will undergo profound changes with the transportation of the future. SpaceX and other solutions will take us all within 2 hours of anyone in the world.

The implications of SpaceX's future missions to Mars will be much, much less important than those related to the speed of flights. A means of transport that makes us travel 25 times faster than sound can truly disrupt the world and have enormous economic impacts.

Here is the roadmap already made and to be done for a hyper-connected world with SpaceX if everything goes according to plan:

SpaceX captures over 60% of the commercial space launch market. It happened.

SpaceX starts and kicks off the operation of the mega constellation of Starlink. 120 Starlink satellites have already been launched.

By mid 2020 the initial service will take its first steps.

Always in 2020 SpaceX is expected to depart on orbital flights.

In 2022 or 2023SpaceX launches its ultra-fast parcel delivery service.

Around 2027SpaceX operates over 1000 flights per day for international deliveries of 1 to 6 hours.

Around 2030, SpaceX demonstrates the safety of missiles after millions of flights for a human passenger service to get anywhere in the world in an hour.

There are already over one hundred Spaceports, and thousands of carriers. There are mainly single-stage carriers for moving parcels and people around the world.

SpaceX carriers will provide 20 to 25 routes across the planet. They will be mass-produced at a lower cost than the Falcon 9, with fewer motors and a much less expensive steel frame.

SpaceX aircraft could cost around $ 15-30 million each. Today there are nearly 30.000 commercial aircraft in the world: they cost around 100-300 million each. They can only fly once or twice a day for long-haul flights because they take 8-14 hours to complete long journeys.

Carriers such as SpaceX will be able to fly these routes in an hour. Full rapid reusability will mean ten to fifteen flights per day per vehicle.

These fully reusable and safe rockets would have a higher economy than commercial jets.

SpaceX plans to put a thousand passengers in each aircraft and thus reduce the cost of the ticket.

This could increase the demand for international travel. The journey would be faster and cheaper, and could enter the price range equivalent to 300-500 euros per ticket.

Within the 2040 there could be about 5-10 billion international trips per year. Billions for SpaceX and more resources for space carriers to build lunar outposts.

China and other countries will also develop fully reusable missiles. Until the advent of Airbus, commercial flight was dominated by the US for decades with its Boeings and the McDonnell Douglas DC-10. Tomorrow, countries will buy SpaceX carriers to brand them.

By 2050 the dominant missile-enabled industries will be:

Communications, digital TV and information: the industry will go from 250 billion to trillion dollars a year;

Space solar energy: economy worth over $ 200 billion a year;

Deliveries and shipments: economy worth over $ 200 billion a year;

Not only SpaceX: the future of transport will be transformed

While we wait calmly for the "quasi" suborbital transport of SpaceX and derivatives, know that in any case all transports will be revolutionized during this century.

Within the 2040 the world will have future high-speed self-driving cars that they will move through tunnels at 250-300 kilometers per hour for short and medium-haul journeys.

On the long haul there will be high speed tracks in low pressure or vacuum tubes and Hyperloop to cover distances of the order of 3000 kilometers in an hour.

Shipments on self-driving electric trucks will be the norm: Automatic and tireless “monsters” capable of covering up to 5000 kilometers a day.

The regions will connect to megacities due to high-speed travel.

Within the 2050 about 9 of the 10 billion people in the world will be part of a "giga region" passable within 2 hours, perhaps while we are working or having fun. We will move from the megalopolises of 10 million and 20 million people today to a planet with 9 billion totally connected people.

You really want to see it, this world where you take a lunch break in Berlin and escape, because you have to go back to your office in Rome within half an hour. 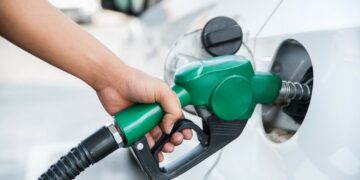 The voracious demand for gasoline has stopped due to Covid. And an IEA report says what many suspected: ...