After the first promising round of funding last July, Elon Musk enters the final phase of the first project that will bring cars into tunnels built under Los Angeles.

The Boring Company is Musk's startup that includes both excavation and transportation technologies to quickly build a network of tunnels under the cities.

Unlike the other major investments of the South African-Canadian-American tycoon (Hyperloop, SpaceX, Tesla e Neuralink), The Boring Company it's a project Musk says he spends no more than 2-3% of his time on.

The employees of the startup they are contracted to work in other Musk companies and are involved part-time in the project. Still, even with "so little" dedication, Musk is working out a pretty good transportation system.

What does the Boring Company do?

A huge "burrowing worm" creates underground tunnels in a very short time, incorporating everything needed for electrical and ventilation systems into the excavated sections. Godot digs and sets up at the same time, greatly cutting the timing.

In the tunnels built by the Boring Company, the cars do not travel freely to bypass surface traffic, but are “pulled” by special electric sleds until they reach speeds of around 210km per hour. Enough to cover the entire city belt in 5 minutes, destroying traffic delays and traffic.

If you don't believe it, take a look for yourself: in this video there is the comparison between the times of the Boring tunnel and those of city traffic. The car is the same, and I bet you already know the model :)

In a carriage, you get off

To take the cars to the equivalent of 30 floors underground, Boring Company also builds a network of elevators scattered throughout the city. Access points on which the car positions itself and is transported down into the tunnels, ready to go.

Here are the first pictures of a working lift. Musk himself posted them on his Instagram account:

Contacts with the Los Angeles administration continue briskly, as is the work witnessed by Musk's social media. The first stretch, between downtown LA and Westwood, will reduce a journey to 5 minutes which, depending on traffic, can take up to an hour.

And then you don't see a traffic light. It is not a trivial matter. 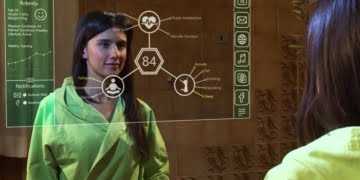 Semeoticons, an international project led by an Italian team, aims at very advanced diagnostics: I talk about it with its coordinator.