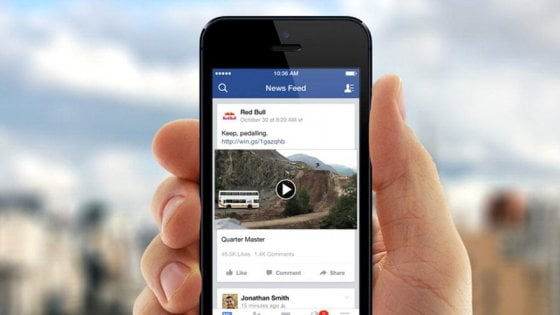 Soon Facebook, the most popular social network in the world, will consist only of videos. A somewhat risky forecast?

This was stated by an important person: Nicola Mendelsohn, vice president of the popular social network for Europe, the Middle East and Africa. "If I had to make a bet I would say: video, video, video," she told the audience at the Most Powerful Women International Summit in Fortun which was held in London.

In fact, there is less and less written text on the message boards of ordinary users. It has also been calculated that in the last year the daily views of videos on the platform have gone from 1 to 8 billion thanks also to the launch of the direct streaming of Facebook Live.

“The best way to tell a story nowadays is through video, it provides a lot of information in a very short time,” Mendelsohn said. Text is on the decline and doesn't engage users as much as a well-made video. Will we have to resign ourselves to saying goodbye to lyrics?

Size matters, even in terms of planes: the more voluminous the planes, the better they fly, with more stability and efficiency ...