Cryptocurrency billionaire and space fanatic: The club that will build private space stations with artificial gravity has a new member. 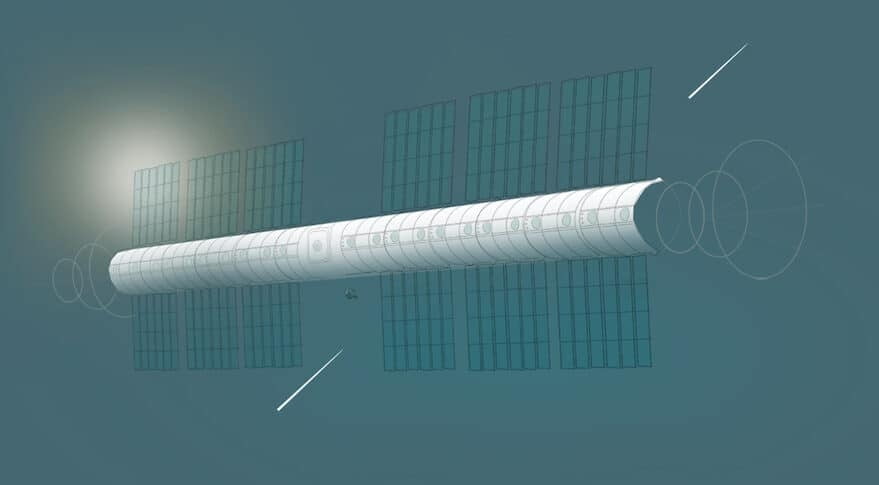 McCaleb (not only him, ed) imagines a future in which millions of people will live throughout the solar system. Given the efforts of other companies to reduce the costs of launches, the Californian tycoon believes the next important step will be the creation of large structures for people to live and work in space.

"The Earth has limited resources, but there is immense untapped wealth in the solar system - so much energy and matter that it supports many Earths," McCaleb says. “And then humanity needs a new frontier. We haven't had one in a while. Without a frontier the world becomes a zero-sum game, and this is harmful to the psyche of a civilization. "

Vast Space, power to the little ones

And, again for this reason, it will need investors in the long run.

Today, however, Vast Space has sufficient resources to go: the "problems" will arise when it comes to sending (or more likely assembling) a space station into low orbit. And with those characteristics, then: stable and continuous artificial gravity is not created in five minutes.

As such, Vast's biggest short-term challenge is building a world-class engineering team capable of tackling any problem. His life or his death will literally depend on the quality of his engineering team.

Vast Space's departure isn't bad. Among the 20 employees currently working at the startup, there are many people from SpaceX.

From Musk's company came the former vice president of structures, chief engineers for robotics, systems, propulsion. They will help solve the problems that hinder humans' "leap" into the solar system.

First of all: the long-term impact of microgravity on health. It can be really bad. For this Vast focuses on creating a rotating structure that creates a real artificial gravity.

Of attempts around I've seen so many, but all on baby (or very small) ladder. Creating such a thing large enough to accommodate people, managing and controlling its rotational motion, must be challenging.

And the tests? Obviously, those of the modules must be made in space: down here we would have to deal with the Earth's gravity.

For this I can only do a big "good luck" McCaleb. Whether it is for personal vanity, for economic interest or for passion, any strong investment that can preserve the human species for generations to come is welcome.