China brings back to Earth a tiny sample of mineral that can make a difference in the race for world supremacy: it contains Helium-3 and the prospect of virtually unlimited energy. 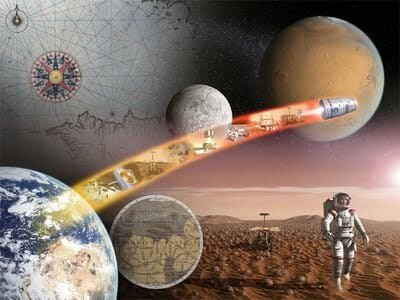 The Chinese mission Chang'e 5 ha brought to light a new mineral on the lunar surface. Scientists call it "Changesite- (Y)", and it is a kind of colorless crystal with an important characteristic: it contains Helium-3. This is the isotope that could become the fuel for future nuclear fusion reactors, and more.

The crystalline mineral obtained, to be honest, is really tiny. It is about one-tenth the size of a human hair. Yet that tiny sample (the collection capabilities of current rovers are what they are) is of immense interest to lunar geologists. Helium-3 truly has the potential to change the world.

We have known for quite a while that our Moon hosts Helium-3 deposits - since the Apollo program. And it is since then that scientists have worked hard to understand how to bring it to earth, because it would have enormous advantages in terms of energy.

Which? First of all, fusion with Helium-3 compared to that which would use deuterium and tritium, isotopes of hydrogen, would not produce radioactive neutrons. The "cons" to face: a greater difficulty in obtaining controlled reactions, but we have time to solve this problem.

According to NASA, China is preparing for the next phase of its lunar exploration program. A phase that will lead to the construction of a "research base" at the south pole of the moon. The roadmap of the missions planned in the near future is:

To these missions are added those with crew that China, in collaboration with Russia, plan over the next decade.

Meanwhile, as you know, the mission Artemis 1 NASA, twice delayed, has a new launch date. Hopefully, the mighty Space Launch System rocket it will take off on September 27th. For safety there is also the date for the "reserve" launch: it will be October 2nd.

Two robotic space missions,  one of Intuitive Machines , L 'other of Astrobotic , should be launched in late 2022 or early 2023. If successful, they will bring "public-private" probes to the lunar surface, as part of the  Commercial Lunar Payload Systems (CLPS) program.

It is expected in 2024 Artemis 2, with a crew of four astronauts who will orbit the moon. The following year (or maybe the one after), Artemis 3 will bring humans to the moon after more than 50 years from the last time (the Apollo 17 mission in 1972).

Why do we go back there?

There are many reasons to return to the Moon: above all, scientific research and soft power (in the last century the symbol of the US flag has determined the absolute primacy of Western science in the collective imagination).

The entry of the Elio-3 in this chessboard, however, brings us a suggestive and strange image: the Moon could become the Persian Gulf of this century. It is impossible today to assess the impact that clean and abundant fusion energy would have on the world.

The obstacles to building a functioning reactor could be removed by the middle of this century, and this renewed space race could further advance the times.

Everything is linked to our ability to bring back to Earth samples much larger than the "hair" collected by the Chinese. A "hair", however, of fundamental importance: it marks a point in favor of China in a crucial game.