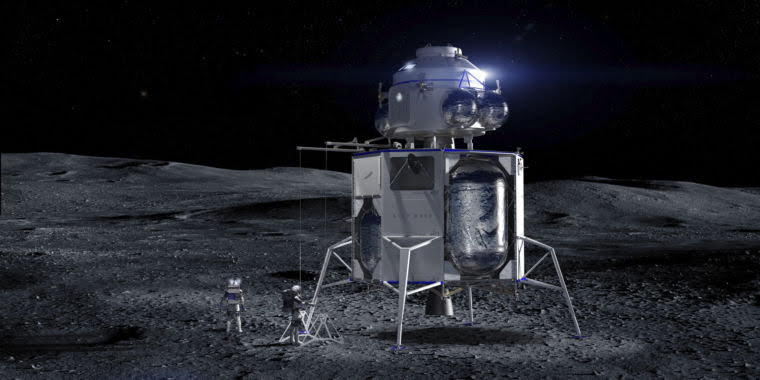 We all know NASA intends to return to the moon. Preparations for the space agency's Artemis missions have been in the news for years now, but there were still some unanswered questions regarding the timing of how things would turn out. The global pandemic did not help matters and of course there have been some delays Consequently. Apparently, however, things have changed today.

NASA now feels comfortable defining what it believes will be the roadmap for the return to the moon, and has posted it all on its website. As always, the data ranges NASA cited in the post are subject to change again, and I hope they don't.

In the press release, the NASA administrator Jim Bridenstine is optimistic about using the Moon as a kind of stepping stone for sending a manned mission to Mars. Of course, a lot will have to go well in returning to the moon with Artemis missions before a mission to Mars can be considered.

It will be an unmanned mission, and will serve to "warm up the engines" by testing all the new technologies designed for missions to the Moon. With a goal that is easy to imagine: the well-being and safety of human guests who will have to sit in the spacecraft. A circumstance that will follow after a short time.

Artemis II will include a crew, although it won't actually land on the Moon. It will be a real test flight, a preview of the return to the moon which will take place the following year.

2024, Artemis III and return to the moon

The topical mission, the one the world has been waiting for for 50 years, will finally bring man back to our satellite. In 2024, Artemis III will land the first astronauts in the Lunar South Pole area. After launch, astronauts will travel approximately 240.000 miles (386.000 kilometers) to the orbit of the Moon aboard an Orion. At that point they will board one of the "new human landing systems" (I quote from the NASA website) or dock at a "Gateway before embarking on the landing system for the surface expedition" (I always quote).

Meanwhile, NASA will send robotic missions to the moon. Missions that will carry a variety of payloads. Some will prepare lunar samples to be collected later by manned missions, while others will have different scientific objectives.

With the bipartisan support of Congress, our push for a return to the moon in the 21st century is within America's reach. As we have consolidated our exploration plans over the past few months we have continued to refine the budget and facilities. We will return to the Moon for scientific discoveries, economic benefits and to inspire a new generation of explorers. As we create a sustainable presence, we will also boost human first steps on the Red Planet.

Will NASA be able to complete this ambitious timeline for the return to the Moon? Let's wait and see, but it sure would be nice.