Cities are filling up with new generation sensors, which “see” and process. How will they transform the future? 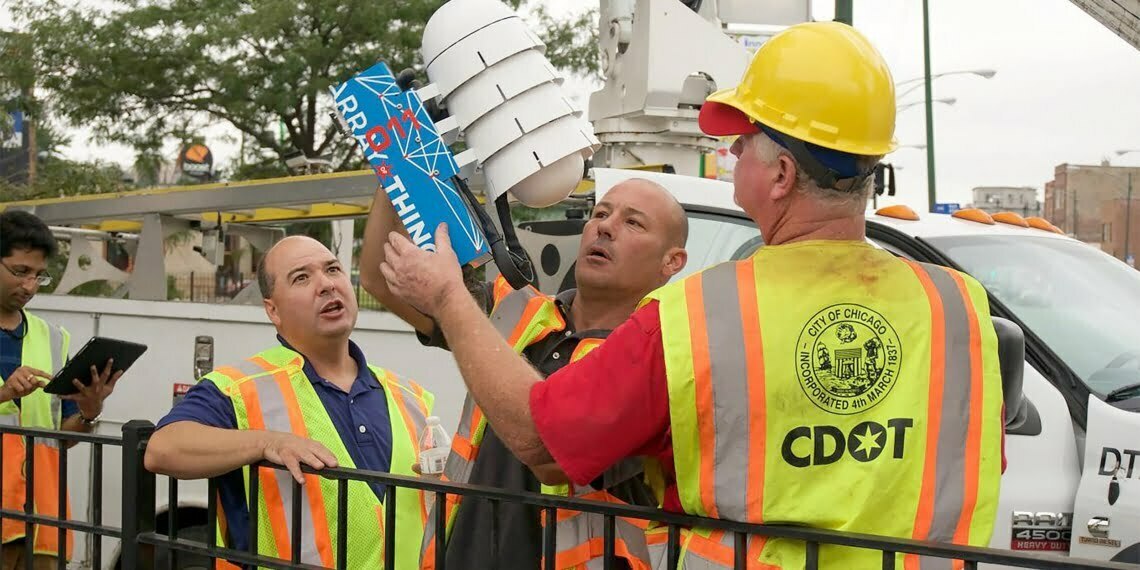 The vision of the computer scientist Charlie Catlett it has always gone beyond the limits of the moment. In 2012, when she was working with the US Environmental Protection Agency to assess the effects of pollution on residents, she had a problem: little data from environmental sensors.

There were only 12 air quality sensors in the entire city of Chicago.

Yet, the time to carry out his plans was near: the city was about to install 300.000 new street lamps. It was at that moment that Catlett's ideas took shape: the scientist dreamed of a large network of sensors capable of measuring anything from heat to noise pollution.

Since then, Catlett's “Array of Things” initiative has brought together scientists, residents and government agencies to revolutionize precision urban surveying. In the 7 years that separate that 2012 from 2019, another 140 "nodes" of this network have taken place in the street lamps of Chicago.

Inside there is everything: cameras, microphones, humidity and vibration sensors, magnetic fields, temperature, pollution and barometric pressure.

That's not all: each node of the Array of Things is equipped with an Nvidia graphics processing unit (or GPU) to perform calculations on the images in the field and send the processed data to the cloud. How can it end? This thing can get a lot more dystopian than we can imagine but if you ask Catlett, who claims to be a privacy advocate, if we limit the sensors to "urban diagnostics”The result is fantastic.

The data of this "urban network" have been analyzed by dozens and dozens of studies. They made it possible to assess the safety of level crossings, monitor the use of crosswalks and detect flooding along the Chicago River.

The team plans to expand to thousands of air quality nodes over the next few years.

How do you "see" the future?

Catlett's projects are entering a crucial phase. By the end of the year, another 50 new generation nodes will replace as many. Dozens of nodes have been installed across California to detect fires and analyze climate change. Oregon wants 100 to detect earthquakes. The National Science Foundation wants 80.

Slowly, the concept of "urban fitness tracker" is going global, just in time to study our changing world. Including us, its inhabitants, who knows how.