A kite that flies underwater and converts tidal energy without harming the environment: TidalKite is a wonderful solution. 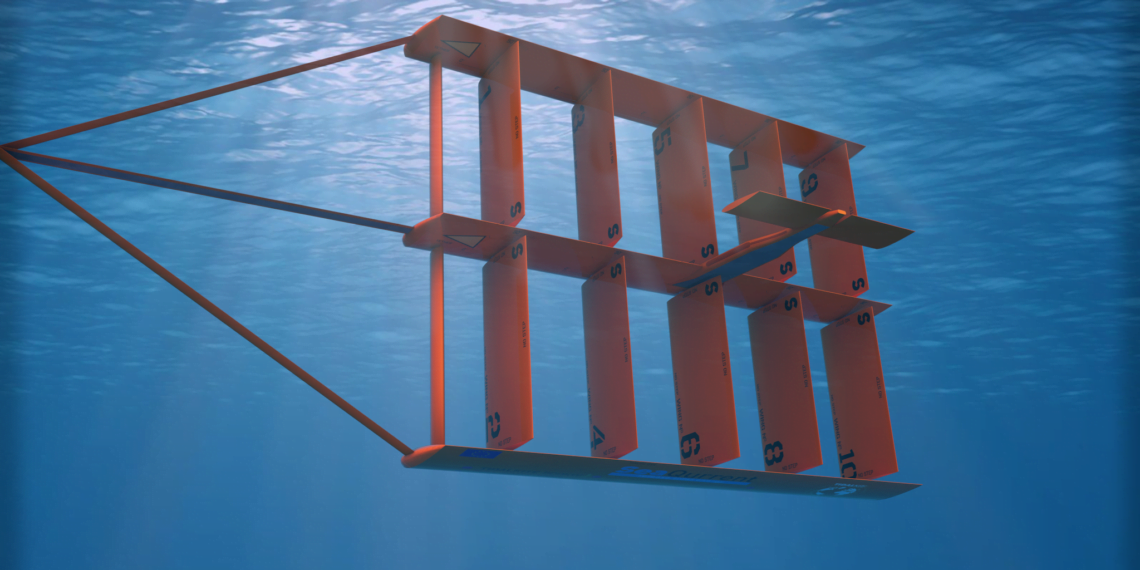 More and more companies are entering thetidal energyAmong those that make the most interesting (and effective) use of tidal energy, the Dutch start-up SeaQurrent has developed an underwater turbine called TidalKite. Last year he tested this sort of underwater “kite” on a naval canal in Ameland, the Netherlands, and the results were excellent.

How does the TidalKite underwater kite work?

TidalKite is a stable and floating device that uses the flow of water. The kite's wings amplify the flow of water, pushing it forward. The lift generated by the kite can be used to power an external application. The power take-off consists of a hydraulic cylinder and a hydraulic motor-generator combination. The pressurized liquid is expanded over the motor-hydraulic generator combination, which generates clean electricity, as a result of pulling the hydraulic cylinder from the pulling force of the kite. An undersea export cable carries electricity to the grid.

The TidalKite is intended to be moored to the seabed. It “flies” underwater through the current, managed by intelligent software, behaving just like a kite. A mode of operation that produces an undercurrent capable of driving a hydraulic motor connected to an alternator.

The tidal energy converter has been designed to be more efficient and "scalable" with several rows of "wings" positioned one behind the other. This allows you to have a greater contact surface with water, and to store more energy with each movement.

TidalKite stands out for its high levels of efficiency and the ability to be positioned close to the coasts, without specialized vessels for either installation or maintenance. This means, among other things, that it is necessary to build less infrastructure (cables and so on). Not just advantages, which make this 'kite' suitable for both quieter waterways and tumultuous oceans.

As I often repeat in posts of this type, tidal energy differs from other forms of renewable energy such as wind and photovoltaics because it is totally predictable thanks to the tides, the intensity of which varies with the position of the Moon relative to the Earth. And in the case of the TidalKite, knowing that this totally underwater tide turbine is capable of supplying 700 homes with green power without disfiguring the landscape can do only further pleasure.

Monitoring carried out in the Wadden Sea by the University of Groningen and ecologists did not reveal any negative impact on marine life. Can't wait to see this kite 'fly' on a large scale :)