Like wind turbines, but instead of wind they use tidal streams. And there is a place in the world where they could exploit the equivalent of all the rivers in the world. Twice daily. 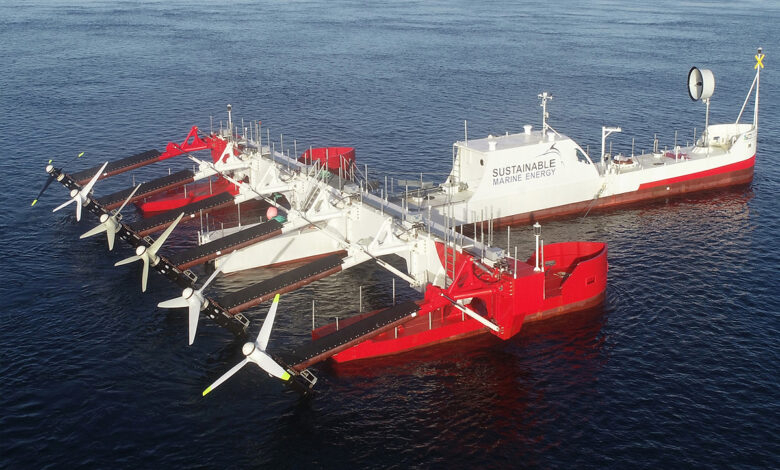 The Bay of Fundy is a narrow strip located between Nova Scotia and New Brunswick, Canada. What's special about it? It is home to the most powerful ocean currents in the world. It goes without saying that the circumstance "enticed" anyone who wanted to exploit them to produce energy, but all the projects failed miserably.

Today, a Scottish company wants to try to pull the sword out of the stone. Is called Sustainable Marine, and announces that the results obtained by its floating turbines could finally "tame" these forces of nature.

Why is the Bay of Fundy the perfect place for floating turbines?

This arm of the sea forms a kind of funnel about 80 kilometers wide at the entrance and ends in two narrow extensions: the basin of the Minas and the Isthmus of Chignecto. The tides that occur there are really extreme: the difference in level is almost 17 meters! Twice a day, they "carry around" 115 billion tons of water. An amount four times greater than the flow of all the rivers in the world combined.

How much energy could there be? According to Sustainable Marine, these ocean currents could allow the extraction of 7 gigawatts of energy, the equivalent of 1000 large offshore wind turbines combined.

Canada had originally envisioned a dam project to close the bay, but the environmental impact would be catastrophic, eroding coasts, accumulating heavy metals and devastating local wildlife. As if that weren't enough, it could have caused flooding in Canada and even the US.

How do they work?

The method studied by Sustainable Marine involves tide turbines - large turbines with blades that transform ocean current into electricity. They work like one wind turbine but they exploit the strength of the currents instead of that of the winds.

A first attempt was made in 2009, but the power of the currents got the better of the machine. Not today. A first plant located off the coast of Orkney, Scotland, is currently the most powerful floating turbine in the world. And soon a number of well-positioned projects will derive hundreds of megawatts a year from the Bay of Fundy.

What do you think? Are there places in Europe (and Italy) where such a technology could draw large amounts of energy? 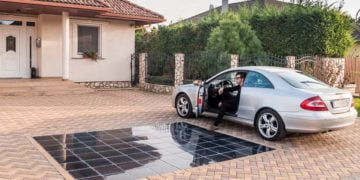 The solar floor system makes both energy supply and car charging much more beautiful and comfortable.