The mega structure created to test category 5 hurricanes is only 10 years old and is already giving way to others, the storms are getting stronger 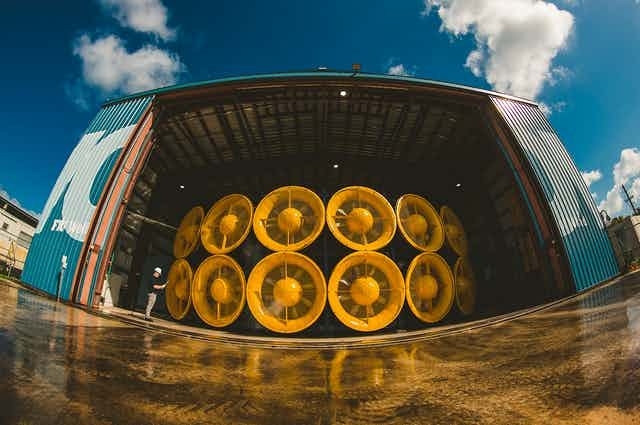 In an airplane hangar in Miami, engineers are recreating some of the most powerful hurricanes to ever hit the earth. Category 5 storms that can shatter a test building in the blink of an eye.

Yet the giant fans that create them aren't powerful enough to keep up with nature.

When the engineers built the test facility Wall of Wind 10 years ago at Florida International University, they were inspired by Hurricane Andrew, a monster that devastated South Florida in 1992.

The facility was designed to test the facilities' ability to withstand hurricanes of up to 160 miles per hour (257 kilometers per hour). We are now seeing events like Hurricane Dorian, which destroyed neighborhoods in the Bahamas with winds of 296km / h in 2019, and Hurricane Patricia, with winds of 346km / h off the coast. of Mexico in 2015.

Studies show that tropical storms and hurricanes stand increasing in intensity as climate change and ocean and air temperatures rise. Designing homes and infrastructure to withstand future storms like Dorian's will require new test facilities that go far beyond today's capabilities for future Category 6 storms (today we stop at 5).

The wall of the wind

There is currently only one full-size test facility in a US university capable of generating Category 5 winds. And that's the Wall of the Wind.

At one end of the structure is a curved wall of 12 giant fans, each as tall as an average person. Working together, they can simulate a hurricane of 250 kilometers per hour (160 mph). The jets of water simulate the rain pushed by the wind. At the other end, the building opens onto a large field where engineers can see how and where structures fail and where debris is flying from hurricanes.

The powerful storms created here allow researchers to probe weaknesses in construction and design, track failures that cascade through a building, and test innovative solutions in real-world storm conditions. Cameras and sensors capture every millisecond as buildings, roofing materials and other objects break or, just as important, don't fail.

The target? Help builders and designers reduce the risk of damage.

Testing in similar facilities completely changes the perception of how to respond to disasters, and how facilities are designed. Among the fundamental discoveries, the one that a structure can break in less than a second if the wind penetrates the weakest point.

When Hurricane Dorian hit the Bahamas, many poorly built homes turned to shrapnel, creating another problem. When a building breaks down, neighboring houses built to withstand stronger winds are also in trouble: tests in the wind wall showed like the debris of a building, under continuous winds of 200km / h (130-140mph) or more, it can destroy the next building, and the next one again, like in a domino.

Roofs are often the weakest link. A roof is subject to a lifting force during a storm, so the wind hitting the building surface must be able to escape. When the wind encounters objects in that path, it can cause damage.

New designs are improving the way buildings withstand extreme winds. For example, storms and hurricanes can create powerful eddies which, like a corkscrew on a wine bottle, can tear off the roofing material and eventually lift the roof itself. A newly developed device dissipates the wind of hurricanes and also produces energy: it is one wind turbine horizontal running along the edge of the roof.

Even the shape of the buildings it can represent a point of weakness (or strength). It is no coincidence that i more modern skyscrapers avoid acute angles. Tests show that edges more trapezoidal or rounded can reduce the wind pressure on buildings.

The next tests: hurricanes at over 300 per hour and storm surges

As engineers gain new knowledge through testing, the nature of hurricanes changes as the planet warms.

Warmer temperatures, a result of greenhouse gases, allow the air to hold more moisture, and warmer seas provide more energy to storms. Uno study estimated that the next hurricanes may be stronger of 13%, slower of 17% (it's bad news) and wetter of 34%.

This is why they are designed new structures to test constructions against hurricanes of up to 322 km / h (200 mph), and with water basins to also test the impact of storm surges with waves up to 6 meters (20 feet) high. Computers can simulate the results, but these must be verified with physical experiments. The new structures will allow simulating many components interacting in a hurricane.

Emergency tests and the wind wall are helping to make homes safer - now the ball goes to the owners. It is up to them to identify the weak points of their structures and 'shore up' them.

After all, is the house one of the most valuable assets or not? 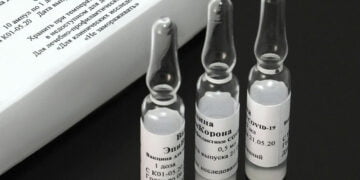 100% effective and a booster every 3 years: the second Russian vaccine, EpiVacCorona, could mark a step forward ...