The skyscrapers of the future will extend social life from the streets to the sky. Here are the projects born or started in this year that is coming to an end. 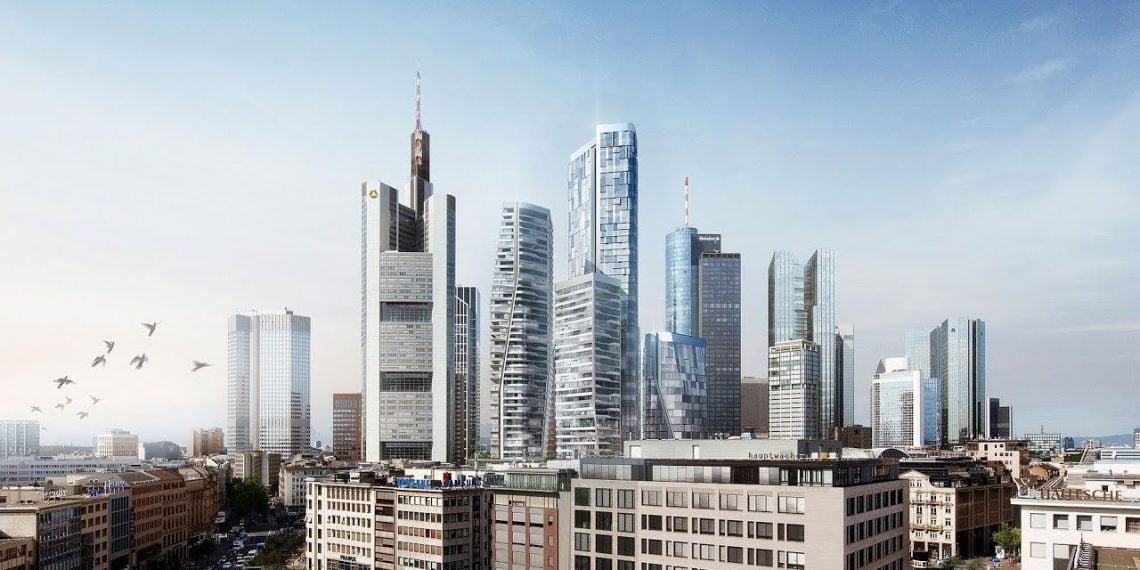 Towers and skyscrapers are increasingly becoming the most important structures in highly urbanized areas (they will collect three quarters of the world population in the next hundred years). It's hard to think of a designer who doesn't design skyscrapers nowadays.

One year, ten skyscrapers of the future

The skyscrapers of the future will extend social life from the streets to the sky. Modern buildings, tall buildings where whole new communities can form. It is not a ranking with the 10 tallest skyscrapers in the world, it would have been trivial. It is a ranking of the 10 “wow” or projects started in this year that is coming to an end. Towers in the world that will represent tomorrow.

October 2019, the thin skyscraper near Central Park in New York reached its maximum height of 435 meters. Designed by the signature “111 west 57th street”, this edgy and iconic skyscraper expresses a historic and metropolitan character, yet is equipped with all the latest technologies and pushes the limits of engineering and manufacturing. In the realization of the monumental project, the developers and designers have shown great attention to the philosophy behind the classic tall skyscrapers of New York, creating a harmonious integration with the urban context. The Big Apple will increasingly be the city with “cool” skyscrapers.

Skyscrapers China - November 2019, the Leeza SOHO tower, designed by zaha hadid architects (ZHA), was inaugurated in China. It is the building with the tallest atrium in the world.

the project will feature Beijing's new business “City”, a growing financial and transportation hub between the city center and the international airport. The new district is an integral part of the Chinese capital's multimodal urban plan to foster growth without affecting existing infrastructure networks. As part of the master plan, the 45-story tower (a 172.800 square meter building) offers advanced, flexible and efficient office space for small and medium-sized businesses.

New skyscraper Dubai - February 2019, the works and plans for “Burj Jumeira” are unveiled, a tower designed by SOM for Dubai, formerly home to the tallest skyscraper in the world. The base of the tower corresponds to the fingerprint of Sheikh Mohammed Bin Rashid al Maktoum, ruler of the emirate of Dubai. This structure, an outdoor social space, is planned to host cultural and artistic events and will include numerous furnishings, fountains and a terraced outdoor amphitheater. The first batch of housing will be delivered in 2023. How tall is the Dubai skyscraper? At a guess… no, I'm kidding, of course I know: 550 meters. The tallest tower in the world, also in Dubai, is distant. But this is more characteristic.

Ranking the tallest skyscrapers in the world

Tall but not very high. The “skyscrapers Italy” playlist and the related images of the most impressive buildings in the Bel Paese reveal surprises. First of all, there are many towers higher than 100 meters. Two recently built Milanese buildings stand out above all. The Unicredit Tower with its 209 meters and the Allianz Tower of the Citylife project. In my Naples it is the Centro Direzionale that reigns supreme, with several buildings all above 100 meters. It will also surprise you to know that the first Italian skyscraper is already 80 years old: the 1940 Piacentini Tower in Genoa.

April 2019: MAD Architects, the firm led by Ma Yansong, launches an alternative vision for New York's skyscrapers of the future with “East 34th”. Unlike the other towers of the city which generally express distinct and imposing contours, MAD's design expresses a continuous facade in colored glass that slowly fades into a thin and fluid "transparent cap", reachable with futuristic elevators. This makes it quite original and different from other US skyscrapers, doesn't it? the project is also part of an exhibition of the permanent collection on modern mega skyscrapers at the Pompidou Center in Paris. Nice to know that the tallest skyscrapers in the world are also works of art.

Chinese skyscrapers - March 2019, with a total height of 528 meters, the “CITIC Tower” has opened its doors. It won't be among the tallest buildings in the world, but it is the tallest building in Beijing, the fourth tallest in China and the eighth tallest in the world. Designed by Kohn Pedersen Fox Associates (KPF), the skyscraper is inspired by the "zun", a ritual vessel originating from the China from the Bronze Age. “KPF's goal for the CITIC tower was to respect the harmony of the historic capital while proposing creative and contemporary architecture ”, says Li Lei, director of design, KPF.

September 2019, after eight years of planning and building, Chongqing city is preparing to embrace the newcomer. Incorporated in Yuzhong, a densely developed district of the Chinese city, the mixed-use complex combines office, residential, hotel, retail and leisure facilities. The friendliest of the skyscrapers of the future is located at the confluence of the Yangtze and Jialing Rivers, a historically significant site that once housed the city's most important gate and imperial entrance. Today, Chongqing is one of the cities with the largest growth and density in the world. It has a metropolitan population of over 30 million. And it will have some of the most beautiful skyscrapers in the world.

The twin towers of Taipei in an interactive version

January 2019, the MVRDV studio presented its proposal for the Taipei Twin Towers that could create an Asian “Time Square”. The design of the towers, one of the projects of future skyscrapers that intrigues me most, is characterized by a “stack of blocks” that generates a vertical urban district. Tall buildings, not very high, with a multimedia vocation. Each tile acts as an interactive display, and it will not be like the Dubai tower, but the ensemble offers a vibrant and charismatic impact that restores the Taipei Central Station area as the city's main headquarters for retail, work and tourism.

Tower at 'the islands', Cyprus

October 2019, french architecture firm hamonic + masson & associés presented a visionary residential tower concept to capture the ambiance and beauty of cyprus. designed to dominate the glittering Mediterranean skyline of the southern coastal city of Limassol, the tower introduces a unique proposal for an expressive structural system and a new type of dwelling. influenced by natural geometries such as the floral corolla, the tower rises from nature with soaring columns that bloom into outdoor pools and planted green areas, each connected directly to a single unit.

Tallest building in europe - September 2019, Dorte Mandrup has obtained the land for the construction of what will be the tallest skyscraper in Europe. It will rise in a rural Danish area, almost as an example of how much old Europe still has to say in terms of expansion and skyscrapers of the future. It will pass the Shard, the currently tallest building, which is located in the heart of London with its almost 310 meters high.

Skyscrapers Europe - October 2019, plans are revealed for a 135-meter high tower in Prague, designed in part by the sculptor David Černern, reminiscent of a vertical shipwreck ship about to sink. Vaguely reminiscent of a vertical forest project in Croatia. It could become the tallest building in the Czech republic: it contains residences, offices and a large public library on the lower floors. Located in the Novov Butovice district of Prague, the “tallest tower” will also include an observation deck on its top, with great views of the city and surrounding areas.

Skyscrapers Italy - There's very little to tell here, guys. The skyscrapers under construction in Milan are beautiful and important (Libeskind is certainly not the latest studio to arrive) but in terms of height compared to the towers of Dubai there is still a lot to work on.

A small comparison between the skyscrapers in the world can be seen from this interesting video. Show the true scale of world famous buildings. Take a look here:

And tomorrow? How many more beautiful and impressive new skyscrapers will become famous? The tallest building in the world is the one they haven't built yet. Stay tuned. 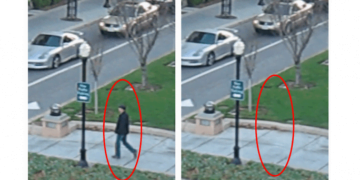 To remove people from the videos, the developer mixed two different "training" models: one tracks moving objects, the other ...