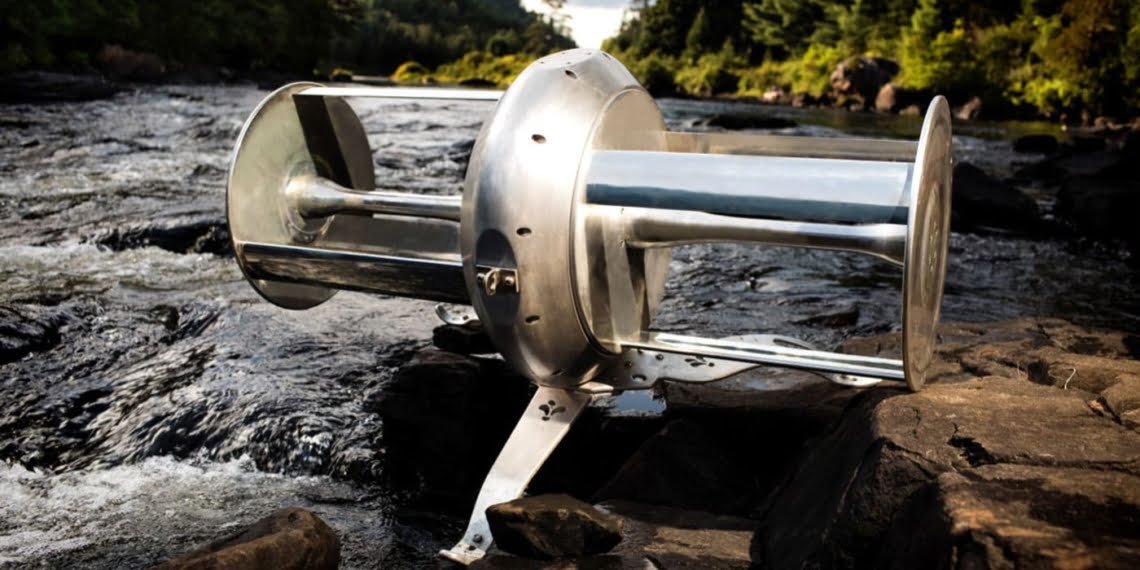 Idénergie's new river turbine rides the wave of the sustainability, an increasingly important and topical issue.

Most modern businesses aim to improve the use of renewable energy sources. Among the many tools available, i solar panels and wind turbines seem to be the most chosen.

However, both systems have important limitations. Solar panels can produce energy mostly during the day (in daylight hours) and wind turbines are constantly dependent on wind speed.

Conversely, water turbines can produce electricity at any time, both day and night.

And the water turbines?

The only doubt, the negative element that led experts to choose wind turbines over hydraulic ones, is the impact on the habitat of aquatic fauna. Fearing damage to various species, the turbines have been "pushed aside".

Today, a new study has led to the construction of a hydrokinetic turbine capable of minimizing the impact on aquatic fauna. Its engine (Darrieus type) does not cause damage to the marine ecosystem.

We are talking about a river turbine, which converts the kinetic energy of the river current into electricity.

How the new river turbine works

The current generates the rotational movement of the turbines, drives the generator and transmits the derived energy to the integrated smart converter. The energy is converted into electricity and transmitted to the batteries via an electric cable.

Through an inverter, the electricity stored in the batteries is transformed into alternating current (120 V AC), ideal for powering electrical devices.

Idénergie's invention is capable of producing up to 12 kWh per day, based on the speed of the river current. Its minimum capacity is however capable of producing sufficient energy to keep electrical devices commonly present in a home (eg, TV, refrigerator, etc.) active.

The maximum capacity of the river turbine is equal to the amount of energy produced by 12 solar panels. Likewise, a 50% annual savings on generator maintenance costs, which is no longer petrol.

The materials do not harm the environment and are easily recyclable, getting closer and closer to the sustainable ideal.

The generator of the river turbine of Idénergie is of the “underwater electric” type. The model invented by the brand is efficient at low speeds and completely waterproof. Furthermore, it operates at variable speed, managing to obtain an optimal conversion of electricity.

Only three people are needed to install the turbine, and not even with much experience.

A small step towards sustainability and versatility in the use of energy. We like it!