Nimo smart glasses promise to replace a laptop within the next year: an impossible challenge? We'll see. 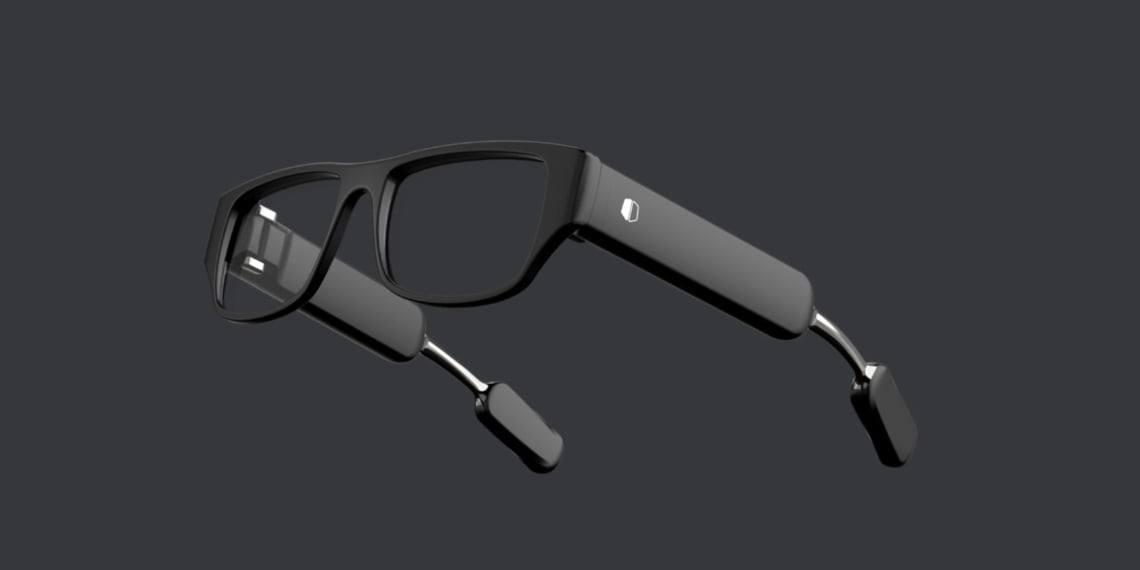 Hey there, four eyes! As you know, the smart glasses that are ready to invade the planet are of different types. We have the ones with the augmented reality, which superimpose useful information on the real world. We have the smart glasses with bluetooth speakers to listen to music and those of Facebook & Ray-Ban which I imagine everyone is happy to show what we are looking at, with the cameras placed directly on the temples.

And then there's the kind of smart glasses that I like.

We have wearable displays, yes?

Two small screens, one for each lens, promise to give us plenty of virtual monitors to watch movies, work or play without destroying our necks on a smartphone. Of course, it still takes a bit of work and design to make them perfect: the current ones (like i ThinkReality A3 by Lenovo) still require a connection to a pc or cellphone, so to speak.

Nimo smart glasses are not, and in fact they interest me! They are the new device of an Indian company called Nimo Planet: the specifications of these glasses allow them to remain light and performing, cutting the 'umbilical cord' with computers.

If you don't have huge demands, Nimo Planet's glasses want to take the place of your laptop. Instead of dragging it around you could just put on your glasses, or at worst carry a small bluetooth keyboard with you. With your beautiful glasses you would have up to six large screens at your disposal.

Or so the company says.

The Nimo Planet team has been developing these smart glasses for more than four years, with a headquarters in Kerala, India, and a main staff of 10. The company invested approximately $ 300.000 in development and will now launch an Enterprise and Developer program, allowing third-party developers to gain early access to development kits. The first models will be shipped by June 2023, at a still somewhat high price: around 800 euros.

Nimo convinces me because he chooses to focus on a few things. She doesn't try to achieve everything. There are no augmented reality features. There is no camera for taking pictures. These smart glasses aren't built to handle demanding applications like Photoshop, just low-impact apps for word processing and project management. Is it still a start or not?

“We want to make hardware as simple as possible, and we want multiscreen productivity to run smoothly,” he says Rohildev Nattukallingal, founder and CEO of Nimo Planet.

Everything else is not important to us. That's why we don't have a camera, speaker, depth sensor. Others point to the metaverse, we aim to make people work in agility.

The first advantage? Efficiency of course: I added a monitor a few years ago. Today I have three. What could I do with six monitors? Buhahahahah (wicked laugh). Second benefit: there's no way anyone can look over your shoulder and see what you're doing on your screen, which is crucial if you're dealing with sensitive contracts. Third factor, the Nimo will be lighter than all the others, weighing 90 grams (the ThinkReality A3 weighs 120).

In a demo on Zoom, Nattukallingal demonstrated the ease of multitasking on Nimo. On three screens he placed Word, PowerPoint and Slack. On the others some widgets and off you go.

The first thing I thought is: apps are going to be crucial. They will decide the success or failure of these smart glasses. I'm serious.

The operating system, Nimo OS, is based on a modified version of Android, and therefore lacks the Google Play Store. Not very well. Of course, since it is Android it will still be possible to download everything else, but this is not a small limitation.

Can you see (their) future from these smart glasses?

Nimo is one of the most beautiful smart glasses ever, for me. He still looks like a '50s model a la Peppino di Capri (everyone will understand that you don't have "normal" glasses) but he is on the right track. On the other hand, the temples are also trackpads, what more do you want?

Screens chapter: the resolution of the dual display in the glasses allows you to see a virtual screen about 50 inches large. Six 50-inch screens can suffice, with a charge lasting around two and a half hours. Two and a half hours? Oh well, then we take a break from work. There is still some work to be done.

The short-sighted will have no problems, because Nimo works with normal graduated glasses, and each will have his own prescriptions from the ophthalmologist.

It all sounds promising, doesn't it? It is. To the point that experts are skeptical that Nimo Planet will win this game. For many, making such a product will be highly unlikely within the first half of this decade.

We wait and (it is appropriate to say) we will see. With or without glasses.

Possible uses of electronic contact lenses? Many: from visual prostheses to self-adjusting glasses or robotic operations to ...