Heatherwick Studio signs another spectacular project: this time it is a floating park that will see the light in South Korea, in Seoul. 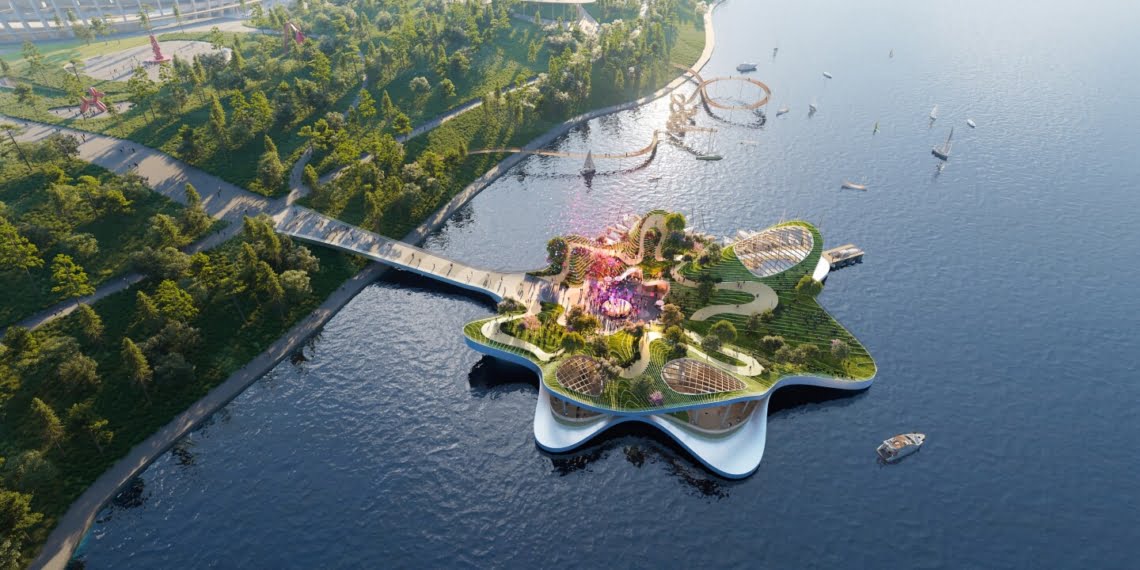 In recent years, I have increased my interest in Heatherwick Studio, which in turn has shown a growing interest in any type of park on the waterways. The Cove in San Francisco, for example: a real “bay in the bay” which should be completed in 2026. Or the splendid one Little island on the Hudson River in New York City, a project already completed and delivered.

A “leaf park” for Seoul

This new project is officially called The Leaf. The park is part of a larger master plan to redevelop the area around the nearby Olympic Stadium, originally created for the 1988 Summer Olympics. Heatherwick Studio is working as part of a consortium of design firms involved in the project such as Benoy, Populous (recently involved in the construction of the new "Cathedral" which will host the football matches of Milan and Inter) and others.

The Leaf will take place on the Han River in Seoul. The floating park will be reached via an undulating walkway that will provide various observation points along its path. Its highest point will be covered in greenery and will have numerous paths, water gardens, play areas everywhere. There will also be flexible and multipurpose spaces to host events, and a large auditorium.

A "new place" to get back together

“At the heart of our park project is the idea of ​​being together playfully,” he explained Stuart Wood, Partner and Group Leader of Heatherwick Studio. “We want this to be a refreshing and dynamic new civic space for the city of Seoul, a new place where people can come together and have fun together. A pleasant and refreshing environment for everyone ".

The Leaf construction schedule has not yet been set, we are in the final stages of its approval. However, the forecasts are to start construction of this multifunctional park by 2023.