The new stadium will take the form of two famous buildings in the city of Milan. An ultramodern "Cathedral" for the future of Inter and Milan 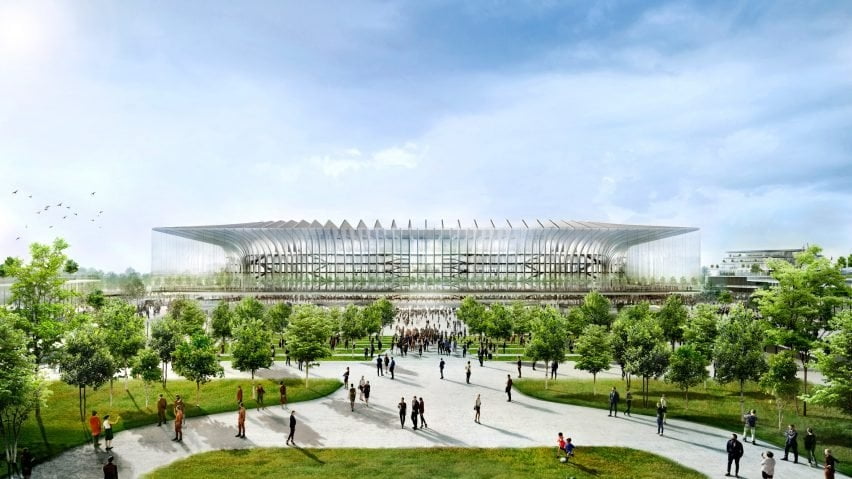 Football clubs Inter and AC Milan have announced that the San Siro stadium will be replaced by a new one. It will be called the Cathedral.

The new stadium in Milan was designed by Populous, the architectural firm that has already built several arenas (last a fantastic facility dedicated to esports). It will be the home of both teams.

Cathedral, a mix between two icons of Milan

Designed by Populous, the new stadium will have a shape that brings together two of the most famous buildings in the city, the Duomo of Milan and the Vittorio Emanuele shopping gallery. In other words, a "monster" that blends the best of Piazza San Babila to sprinkle "Milanese" from all pores.

The 60.000-seat stadium will be rectangular in shape and will have vertical fins surrounding it. These fins will extend outward from the stadium to support a glass wall that will enclose what the design studio describes as a veritable “sunlit gallery”.

Some more data on the new Inter and Milan stadium

Inside the "Cathedral", the stands of the stadium have been designed to be the "most intimate in Europe", placing the fans as close to the pitch as possible.

At the top, the structure will be topped with photovoltaic panels, while rainwater will be collected from the roof and reused.

"The cathedral will become one of the most iconic stadiums in world football," says the CEO of Populous Christopher Lee.

“He will create a world-class, modern and truly bespoke home for the legendary clubs of AC Milan and FC Internazionale Milano. It will form the beating heart of a new civic neighborhood, ”he continued.

The future destiny of the “old” San Siro

With the arrival of the new Cathedral, what will happen to the iconic Meazza-San Siro stadium, already renovated for the 1990 Italian World Cup? It will not stay long to watch the new arena: it will soon be demolished as part of a redevelopment of the area.

The spaces of the old Milanese stadium will be transformed into a pedestrian area, with the existing parking spaces moved underground and surmounted by over 110.000 square meters of greenery.

A painful decision, considering the iconic nature of the place: the possibility of its demolition, known for some time even if whispered, has raised a chorus of criticisms and counter-proposals by architects, critics and institutions.

Among these, the architect's proposal Angelo Reindeer to transform the stadium into a mini coronavirus memorial forest with 35.000 cypress trees.

Someone will think of a memorial from the San Siro itself. Anyway, welcome to the Cathedral. 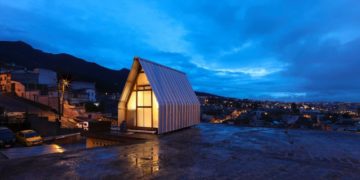 The parasitic house exploits the existing connections, responds to the need for houses with minimal approaches, zero waste and saving the ...

A human liver created from scratch after 5 years of trying