A piece of the city that doesn't look like it is in the city: Little Island in New York is a small dictionary of the future of public spaces. 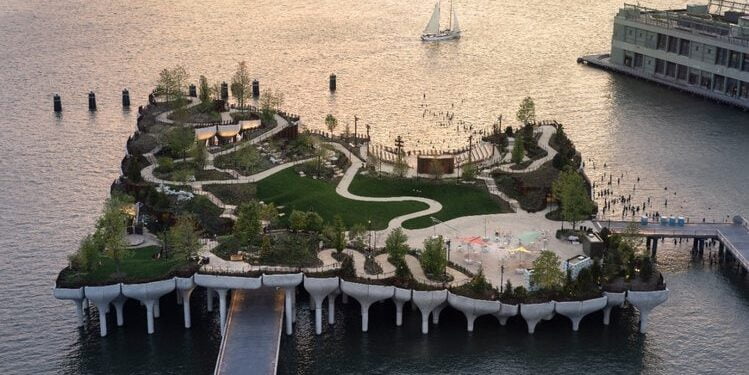 New York's Little Island rises from Pier 54 of the Hudson River like a dream full of sinuous shapes and lush greenery. “Beautiful and impossible,” Gianna Nannini would say. No wonder this new park has become a much loved 'city break'.

Structure it is an “eccentric” appendage to the surrounding Hudson River Park. Little Island was born from the ashes of the deceased pier, which was destroyed in 2012 by Hurricane Sandy. And it shows in all its glory how they can best reconstruct, what they are and what they can be public spaces well conceived.

How Little Island was born

This very special space cost about 260 million dollars, and is the "son" of Thomas Heatherwick, the British designer already known in New York for the Vessel. Heatherwick, known for her design strategies that aim to create immersive experiences for visitors, has been more “minimal” with Little Island. The result has been a more accessible and visitor friendly structure which, instead of being imposing, is welcoming and really pricey.

The first impact with Little Island is enough to make anyone jump with joy. From the murky waters of the Hudson River (except those that are filtered by this spectacular swimming pool) stand out white structures that almost dazzle the eyes. Visitors feel like they are entering a comic book world, a Super Mario World setting. Or a gigantic mini golf (I don't know how to put it otherwise).

Imposing, captivating, delicious. How to create a natural refuge while being an integral part of a megalopolis. Architects, take a pen and paper.

Lessons of the future

Many ideas for the public parks of the future they come from Little Island. First of all, you can't really escape a view of the city from there. It is in the background, looming and distant, but it remains an important actor. Then the details, which make Little Island truly special: winding paths interrupted by small gradients that truly recreate a fairytale experience. A landscape conceived to host small "hidden secrets" that emerge from time to time. Almost an entirely "tactile" place.

Little Island is a pier like any other in the large network of attractions that line the entire Hudson River Park: once you enter, however, you are completely captured, the city ends up in the background and a strange, small nature (complete with mini-hills) ) opens up all its surprises to visitors.

The moral? The future is in places that simply offer small adventures and great experiences. 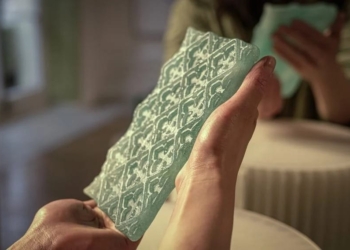 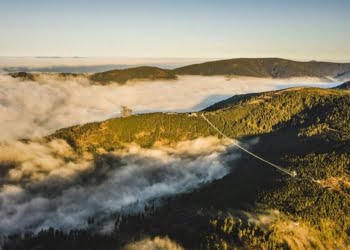 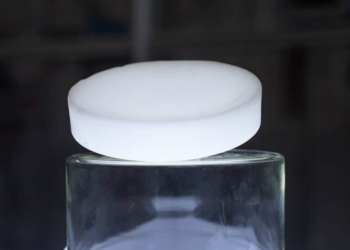 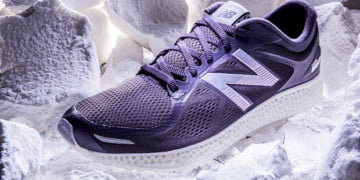