Digitizing beekeeping to educate bees to respect, save them and also save the rest of the planet? Ambitious goals and great commitment: this is Beeing. 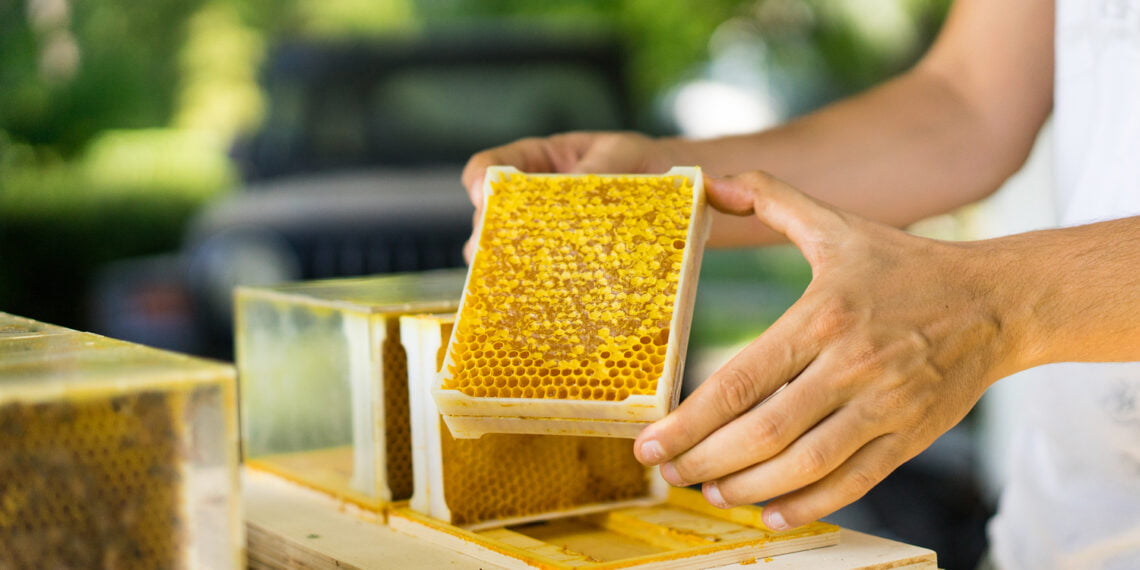 Italia Next today deals with a very interesting startup. More: I consider it the prototype of what a company should do to rebuild a fairer Weltanschauung on this planet. Is called Beeing, was born in Faenza in 2017 and deals with beekeeping. How? Well, in all the ways these magnificent insects can be dealt with. I had a chat with its founders.

Since its inception Roberto Pasi (CEO and co-founder) e Gabriele Garavini (co-founder) have developed and coordinated several projects dedicated to the protection of bees. Beeing she dealt with urban beehives, bio-monitoring of air quality through honey and bees, training in beekeeping and more. These are innovative projects, which other laboratories in the world are also carrying out (for example Thuthe Thu). Di Beiing particularly struck me “IoBee”, Internet of bees, a system that supports the work of beekeepers and the remote monitoring of hives.

How does an "internet of bees" work? I'm curious.

Roberto Pasi, CEO and founder answers: It is a complex of digital tools capable of interpreting some aspects of the life of bees. We started with the development of relatively simple sensors: first anti-theft sensors, then sensors capable of detecting temperature and humidity inside the hive, two very important values ​​for the well-being of the swarm. Now we are going much further, with the development of a sensor that acts as a real translator of the language of bees. That is, an instrument that detects and interprets vibrations and sounds to return messages to us human beings, about the health of the queen and of the swarm in general. This is a real revolution in the world of beekeeping. We are now being tested with some universities and research centers in different countries around the world.

Nice story. It responds to an absolute need: to understand bees to correct ourselves. We must intervene to change habits, to change the way we act in proximity to the environment, also to change the organization of work. And the digitization of beekeeping is also welcome, with sensors to monitor insects and hives.

To spread responsible beekeeping and a culture of respect for bees, Beiing has also launched a beehive "adoption" project: Bee The Change, this is the name of the program, started at the beginning of October. You can choose the place of adoption from a map, you choose the beekeeper, the hive (also giving it a name), the favorite honey to receive. In some periods of the year it is also possible to visit the adopted bees, to see live the effects of their financial support. If you want to participate, find it all here.

Bees are essential: two-thirds of everything we eat depends on pollination, yet bees are at risk of extinction. The underlying problem is cultural. It arises from an increasingly wrong approach to the planet, of which we see the devastating effects only today (although we know the situation from 150 years). Now, at least theoretically, the protection of honey bees and the repopulation of urban areas with ad hoc projects is running, but we must hurry, before beekeeping is forced to surrender to a honey made without bees, and all the terrible consequences that the slaughter of these precious insects entails.

What do you think we should start with to immediately reverse the trend that sees bees increasingly in danger?

Gabriele Garavini, CTO and Co-Founder replies: In our own small way we are employing all our energies in spreading the knowledge and respect of pollinating insects with training and coaching courses, the development of urban apiaries, the remote adoption program with the most virtuous beekeepers. All with the aim of creating bee-friendly communities. But surely there is a need for strong decisions by governments, which we are not yet seeing. Progress had been made in 2018, with the European Union's decision to restrict the use of neonicotinoids, following the EFSA report demonstrating the disastrous harmful effects of these substances on the health and survival of bees. Unfortunately it is not enough. Suffice it to say that last June, the European Council considered a 10% loss of pollinating insects acceptable. This threshold, previously set at 7% by the member states themselves in consultation with the European Food Safety Agency (EFSA), is of great concern to environmentalists around the world. In any case, we strongly believe that every action counts, which is why we pursue our mission with so much devotion.

How do you imagine the future of Beeing? Do you have new developments in digital beekeeping in mind?

Roberto Pasi, CEO and founder answers: Beeing's vision is to become the reference point for urban beekeeping and the protection of bees in Italy and beyond. From innovative urban beehives, we have expanded the services, focusing a lot on training - both digital and in the presence - of our neophyte urban beekeepers, because we are convinced that it is the key to a conscious approach to beekeeping. We have a substantial network of professional beekeepers throughout Italy, our ambassadors, who accompany new beekeepers on a path of growth, as well as having launched the first online basic beekeeping course. We are also dedicating a lot of energy to projects for the creation of urban apiaries, with public and private bodies, with the aim of creating cities suitable for bees. Soon we want to extend our focus to the protection of all pollinating insects, and not just honey bees. In short, the bar has risen and we have an open dialogue with investment funds and private equity that are more attentive to the green economy with the aim of closing the operation within the year.

Good luck, friends: there is a need for companies like yours. 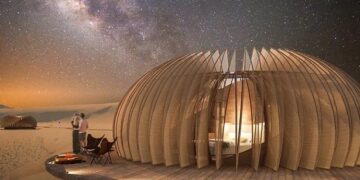 A habitable module for desert tourism and activities? Oculus Pod seems like the ideal, self-sufficient and nature-inspired solution.