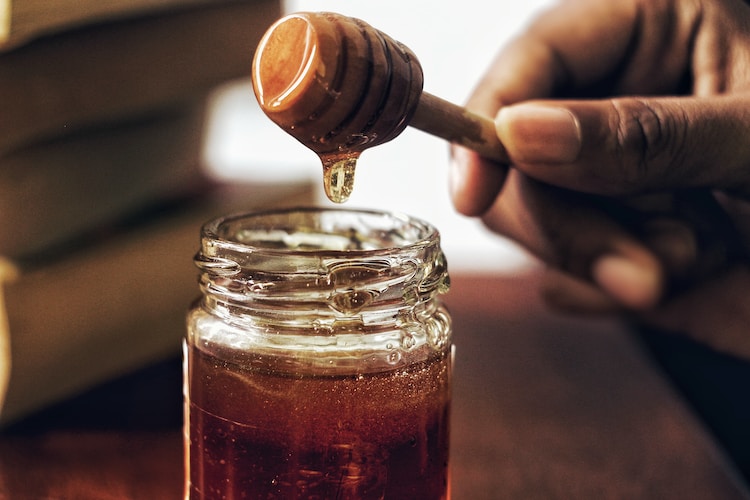 MeliBio is an ambitious project: combining botany and biology by producing honey as wine is produced today, without involving bees. "To save them," says the founder.

At the age of three, Darko Mandich felt ill when he saw an animal carcass from a butcher. He realized that there was something wrong with killing animals for food.

It was hard to become vegan, because for his family, in Croatia, meat was an integral part of daily life and his grandmother also had a restaurant and an oil mill. Today a new adventure with honey reconciles him with the world.

As an entrepreneur, Mandich wanted to combine business and positive action for the planet. Back in Serbia after the civil war, he studied economics in Belgrade and was contacted by one of the largest food companies in the country to learn about honey.

It was 2012, a time when he believed that more honey meant more bees.

With experience, however, he realized that this was not the case.

There are not only honey bees: there are others, and the honey industry that wants to meet the constantly increasing demand is not healthy

Last year he began reading studies on the relationship between honey and wild native bees. “I realized that the honey industry wasn't doing the bees any good,” he recalls.

And so he created MeliBio, a startup which aims to create honey without bees. It's not an alternative to honey, says Mandich: it's just honey. Only, it's not made by bees. Quite a strong statement, even for a system like the US that has completely different dynamics and control systems from the Italian ones (even if the qualification of "honey" is recognized everywhere as a product of bees. It will be hard for Mandich to call this "honey" which universally for all honey is not).

Honey production is a problem for bees

Some precise and necessary clarifications, received through the fanpage from many Italian beekeepers outraged by this news, and from the perspective that someone defines "honey" as a product that has nothing to do with bees in any way:

1 - In Italy there is no intensive beekeeping;

2 - Studies on competition between honey bees and other pollinators have never been conducted in Italy;

3 - Similar studies conducted in Europe have shown negative, neutral and neutral-positive competition between honey bees and other pollinators, therefore not only negative.

“This seems counterintuitive, as producing honey means multiplying bees. But the honey bee is only one of 20.000 bee species. Human demand has seen the subspecies of honey bees domesticate and multiply. For this reason, when they are introduced into new habitats, they chase away wild native species. If this continues, the native bees will become extinct and honey bees will be the only species left. "

This, Mandich explains, would be a disaster for the planet.

Because honey bees, in general, aren't very good at pollinating. They're lazy and very specific, Mandich says, and if there were just them around, nature wouldn't make a big deal.

On the other hand, honey is. It's a big deal. An amazing substance, there is no such product. Honey was found in the Egyptian pyramids, thousands of years old and still good to eat.

It is a very important sweetener. It has a lower glycemic index, antidepressant, anti-inflammatory and energetic qualities. 50% of people consume honey on a weekly basis, either directly or through other products. Sara a $ 15 billion industry by 2025.

Is it worth or not to resort to science to produce real honey without the negative impact on bees or the planet?

The startup was launched last year when Mandich moved to San Francisco with his wife. The spring came after he met the scientist, chef and gardener Aaron Schaller. "Five minutes after we talked about bees and honey," he recalls, "we both knew we were going to work together."

And so the couple co-founded MeliBio. They developed a proprietary technology that links botany to synthetic biology. MeliBio's product isn't composed of several surrogate ingredients, says Mandich: it's simply bio-fermented honey with the same compounds as conventional honey. “Our ultimate goal is to achieve 100% parity with honey in all taste, texture and benefit parameters,” says Mandich.

The biggest challenge is how to design, set up and scale a technology that would essentially replace bees. Honey would be identical to that of bees, and would only be a starting point. With the same criteria it could be strengthened by dosing the natural principles contained in it.

With 15 companies that have already signed a letter of intent to use bio-fermented "honey", MeliBio will be launched towards the end of 2021. Initially, it will run a B2B model, but later it will explode the creation of different product varieties and begin to sell also at retail.

Mandich admits that the first product will not be cheaper than regular honey, but hopes to reduce its price when production reaches full capacity.

A possible goal, if we take into account that traditional beekeeping still has costs and losses.

These will be exciting times for MeliBio, a company whose name is a combination of two words that should always go together. "Meli" as Melissae, the Greek goddess of honey, and "bio" as biology.

Helping bees with biology. Is this the future of "honey"? It's ours?