A laser system tracks the movement of the drones and kills them with a high-powered beam. Tests for the French navy begin next year. 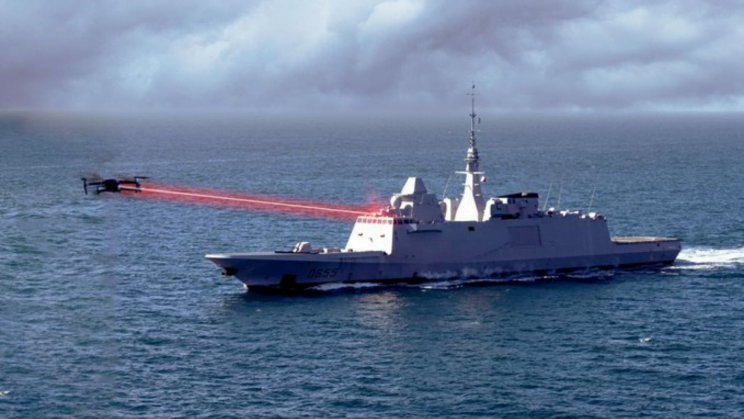 From "simple" monitoring of hard-to-reach territories, the role of drones has rapidly evolved into weapons capable of working in swarms (even autonomous). Military forces from various countries are now also busy building their own antidrone defenses, to knock them down or block them. But the French defense company CILAS has different plans. It has developed HELMA-P, a high-power laser that takes down drones, and plans to give it to the French navy.

HELMA-P (High-energy laser for multiple applications), the turret system looks like a one-eyed WALL-E with a decidedly meaner character. It has an array of optical sensors that help track drones in flight and is armed with a powerful two-kilowatt laser to shoot them down.

The system is managed by a single user who receives input from optical sensors and tracks the movement of drones within range. Using a controller similar to a fighter plane, the laser weapon can aim and fire.

The system was developed over two years as part of a joint collaboration with the Ariane Group. Testing began in 2020 at the Directorate-General for Armaments (DGA) missile test center in southwestern France. The CILAS group states that during its tests it shot down 37 drones with the utmost precision. It has a range of 0,62 mi (1 km), which the company says is three to four times the range of existing anti-drone technologies.

The last of his tests was held on July 7 in the presence of Florence Parly, the French Minister of the Armed Forces. The company successfully demonstrated the weapon system in favor of the French navy even in pouring rain. Parly called the project an "exceptional experiment" and the demonstration "very promising".

The smaller the systems, the easier it will be to implement. I asked for these laser weapons to be tested on French Navy ships in the first half of 2022.

In addition to drones for the French navy, the company wants to test the weapon on objects floating in the sea and on antennas. There are still no details on which French navy ships will get the defense system.