Growing participation, astronomical revenues and an attractive force. For esports as an Olympic discipline, there is a smell of inevitability. 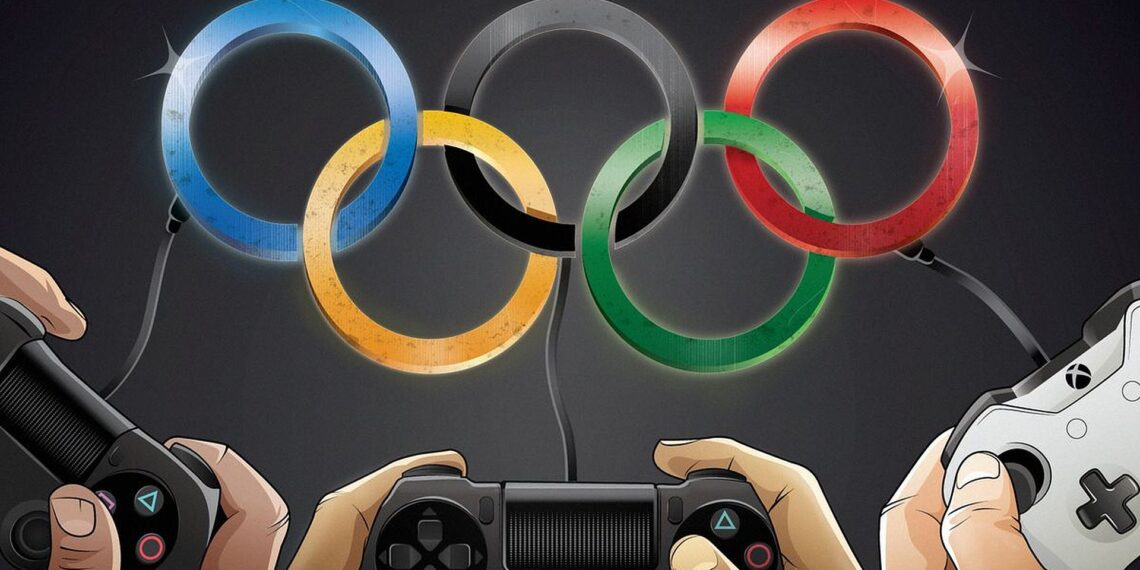 This year the 2020 Olympics are really sad. They may be the latest as we know them, but they started with a very interesting event. The Virtual Series Olympics: a pre-show with players competing against each other in hybrid virtual sports such as Zwift, a cycling game played on an exercise bike, or Virtual Regatta Inshore, a sailing simulator. We could say that, thanks to Japan, it is the first time that video games are so "organic" at the Olympics (apart from the splendid soundtrack of the opening ceremony)

Of course, this raises a question that is sure to elicit a polarizing response: When will esports officially be part of the Olympics?

Will eSports ever be an Olympic discipline? It's one of those questions that pop up every now and then and cause a big stir. People from both sides argue each time until they turn blue. Don't get me wrong, it's a fascinating question to ponder. But it is simply an introduction to the two questions we should really ask ourselves. The first is: what must eSports do to finally be admitted as an Olympic discipline?

In order for esports to be recognized as an Olympic discipline, there are certain criteria that must be met. First: the "discipline" must have an international federation accepted by the International Olympic Committee. Esports have had one for over 10 years: it's called the International eSports Federation. We need the recognition of IT.

Second important criterion: to become an Olympic discipline a "sport" must be practiced in 75 different countries on four continents and / or women who practice it in 40 countries on three continents. Esports see the participation of men and women in 150 countries on all continents.

Third and last prerequisite, the most difficult: any sport added as an Olympic discipline must be, well, a sport. Whether or not eSports can be classified as such? This doesn't have a definitive answer yet; it all depends on who you ask. A sport is defined as a physical activity that requires skill or physical prowess and is often competitive in nature.

Skills and competitive nature are obvious attributes for esports: I can't say about physicality. A study from the International Journal of Excercise Science shows that esports players actually have a similar increase in heart rate to people who play physical sports. However, another ScienceDirect study however he says that this is insufficient to qualify them as a sport.

Ultimately, the IOC would have the last decision, to consider esports an Olympic discipline as badminton and croquet are (or have been). I say that on paper it is simply a question of "when", not "if".

Esports are very close to being recognized as an Olympic discipline, listen to me. And basically the question on the subject is quite superfluous. Reality is a complex phenomenon: we could fix the game with another question. And the question is: when will the Olympics realize they need eSports? They are already building "their" stadiums.

My answer is: soon.

The esports industry has found great financial success. According to a Reuters report, I will reach over $ 2021 billion in revenue in 14. A XNUMX% increase over last year.

The visibility achieved by eSports alone should lead the IOC to seriously consider making it an Olympic discipline. During the 2016 Olympics, NBC had approximately 27 million media viewers at the event. In the same year (5 years ago!) The League of Legends World Championships had an average of about 43 million spectators.

A study conducted by Newzoo states that 76% of esports viewers choose to watch esports competitions instead of watching traditional sporting events. Clearly, eSports are a huge force in the competitive world, and they are eating live competitions alive.

The Olympics are no exception

Competitive video games are making great strides to legitimize themselves in the public eye. The relationship between the Olympics and esports is interesting. Some argue that esports have more to do to legitimize itself as an Olympic discipline. For others, especially the younger ones, esports competitions have surpassed the Olympics. Why should esports fans care about what the IOC considers a sport?

Hence the (easy?) Prediction: to remain competitive and attract new generations, it may be necessary to bring eSports into the fold. Making them an Olympic discipline may be the only way for the Olympics to stay afloat.

A biosensor made with nanomaterials is able to identify Covid-19 antibodies in record time. A precious ally ...