For the second time in history, Tokyo is fighting not to cancel the Olympics. The first was in 1940, and the city lost them to the war. Today we know that Rio 2016 could even be the last Olympics as we know them. 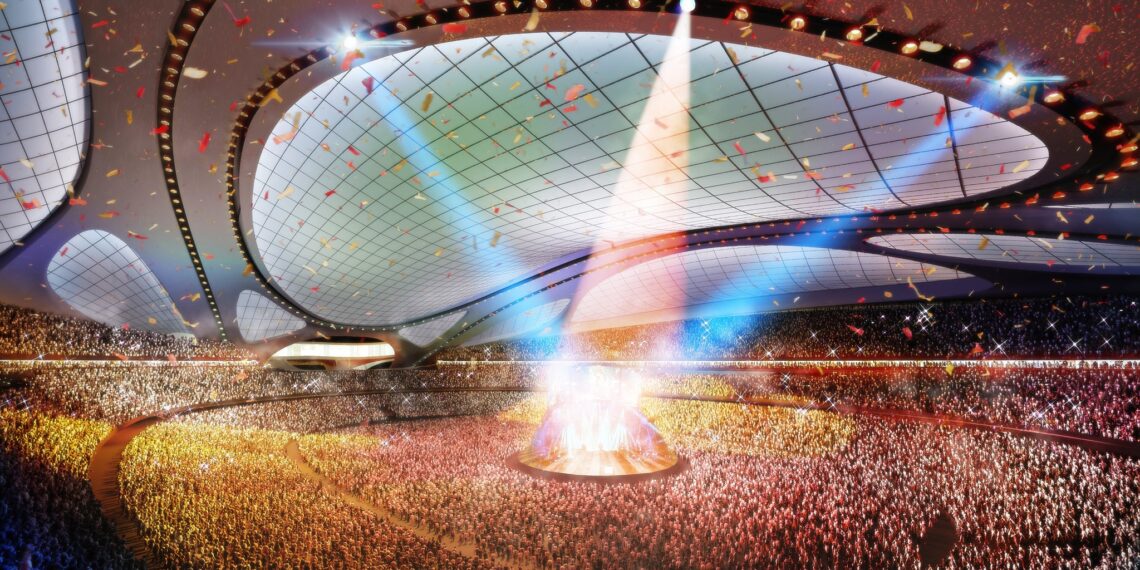 A render from the presentation of the Tokyo 2020 Olympics: this is how we expected them.

The organizers of the Toyko 2020 Olympics are once again grappling with the fear that the Summer Games will still be canceled. The pandemic has thrown the world into turmoil and not even the combined wealth of the Japanese government and the IOC may be able to offer a Covid-proof event. But whether this goes on or not, Tokyo 2020 will be seen as the end of an era of excessive and overabundant Olympics.

This week, the Japanese government categorically denied reports of a new cancellation of the Olympics. But Tokyo is struggling with a third wave of Covid, and the prime minister Yoshihide Suga declared a state of emergency in the capital.

Olympic Games? I can't be sure, because a virus spike would be the proverbial elephant in the room

A recent poll has found that about 80% of the Japanese want the Games to be canceled or postponed again. Japan is not expected to start vaccinations until the end of the month. The Olympics are expected to start on July 23, and the chances of that happening are frankly shrinking.

Last month, the IOC's website reported on its plans to offer "games suitable for a post-crown world“, Including guidelines to“ reduce and minimize the number of residents in the Olympic village ”. Often the villages hosting the Olympic athletes have been compared to a Disneyland: today they would resemble the Disneyland of Anhem, which it is now a vaccination center.

It seems inevitable that if the Olympics take place, the attendance in Tokyo will be reduced to the maximum. Tokyo 2020 organizers will decide in March if the Games will only be televised. It is likely that they will be just a shadow of the Olympics that we have come to know.

A point of no return

Change was already in the air by virtue of the new awareness of the climate crisis. Now a sterile Tokyo 2020 with no spectators or even canceled, could be a watershed for the Games themselves. A financial “black hole” that often produced long-term damage to host cities.

Do you remember the last Olympics? Rio 2016? Nibali's injury who falls one step away from the dream, Bolt's overwhelming power. The gold medal of football went to an “inevitable” Brazil, with all the fans crazy with joy in a packed Maracana. Stunning moments like these are the heart of all the Olympics.

But what is the price that the city of Rio has paid? Brazil is estimated to have spent around 11 billion EUR to organize the Games, immediately before falling into the worst recession in its modern history. In 2017, there were many expensive Games venues already built in a state of complete disrepair. Again in February 2019 the Rio 2016 organization still had more than 100 million euros in debt. To deliver the Games, the city of Rio did not hesitate to also deploy its police forces for move entire communities, even with violence.

Rio's legacy shouldn't come as a surprise: it is simply a South American version of the history of the modern Olympics. The Athens Games of 2004 Games cost € 9 billion and are remembered as the symbol of the collapse. The same travail, apart from the political propaganda aspect, for the 2008 Beijing Olympics. Academic studies they found no conclusive evidence that there is a clear-cut advantage in hosting the Games.

Despite budget excesses and allegations of human rights violations in host cities, the IOC seemed very happy to carry on the usual work in planning for Tokyo 2020. After all, under the entry 2014 and 2016 (Winter Olympics and summer) brought a total of 5,3 billion euros. But the lavish gaming model behind taxpayers has become a serious problem. The CIO himself announced last years that he has the intention to review the evaluation process of the host cities, after a series of renunciations by popular acclaim. There was already, as mentioned, a growing feeling that the Olympics had become a decadent party that no one could afford.

Last month the IOC announced how Paris 2024 and Los Angeles 2028 will be adapted, after the pandemic, to offer Games in line with the "new-normal"And sustainability. Adapted plans for Paris mean that 95% of the offices will already exist or will be temporary. The Los Angeles Olympics will even have 100% of facilities already present.

But don't expect the Olympics to suddenly become a joke. The strengths of the Games are the show, the great liturgy, we will still tell epic feats. In the future, however, the IOC will have to adapt to find cities willing to host them, and this could completely change the paradigm.

It is possible that the Tokyo 2020 “ghost” Games mark the end of the opulent Olympics, and Paris 2024 is the beginning of a new, more sustainable era.