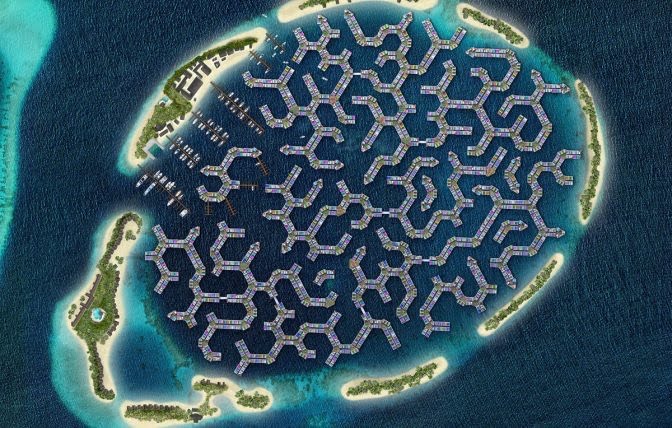 Government officials from the island nation have officially announced plans to build this ambitious but sustainable urban project. It could be a globally replicated experiment.

The floating city of the Maldives

According to NASA, the Maldives is probably the lowest country with an average altitude of only one meter above sea level. This means that the island republic will soon have to rely on sustainable housing alternatives, or it will disappear.

At the current rate of sea level rise, soon out of the total of 1190 islands that make up the Maldives, the archipelago in the Indian Ocean would find 1000 islands submerged. This is why the project was born Maldives Floating City (MFC). A real floating city built just minutes from the capital of the Malvide, Male.

The team responsible for studying the feasibility of the solution comes from the Dutch firm Dutch Docklands, a world-renowned leader in floating infrastructures. The shape of MFC will be a series of rows of hexagonal honeycomb mazes inspired by the shape of a human brain. Here is a video presentation.

From the press release of the project:

At the edges the barriers will form a lagoon, in the middle the city will float sheltered from the impact of the waves. The entire floating city of the Maldives will be 200 hectares large, with low-rise residential buildings and separate areas for commercial services. Apart from the “cerebral” shape visible from above, the urban complex evokes the local architecture of the Maldives.

Prices? Accessible, at least from a European point of view: 300 square meters (in the Maldives) with a panoramic terrace for about 220.000 euros.

As a holiday home it is a nice expense, but the location is remarkable.

It is easy to imagine that these units will be filled with tourists: who knows if there will also be locals. In the press release, the designers say they aim to make local fishing families live there. It is not clear to me how they could access certain figures.

Apart from the Maldives, if the idea of ​​a modular floating city makes you think, say, of the film Waterworld, you are not alone. Of course, there are other experiments already carried out (in Dubai) or in progress (such as that of Singapore), but Maldivians are keen to say that theirs is the first city in the world to combine housing and structures in this particular way.

The secret of the floating city in the Maldives? Modularity

Construction is scheduled to begin in 2022. Eventually, the complex will include thousands of homes, many commercial spaces for shops and basic necessities, a hospital and a school for locals. Although the complex is anchored to the barrier islands, its modularity will allow it to be extended in the future.

If the project is successful, officials are likely to be right that it will be influential around the world. While inland territories have much more time to avoid the more literal effects of sea level rise, Maldivian island nations like Nauru or Micronesia will need to act quickly to preserve their territories and cultures.

And they are not the only coastal areas that are threatened. Pardon, doomed if they don't take countermeasures. 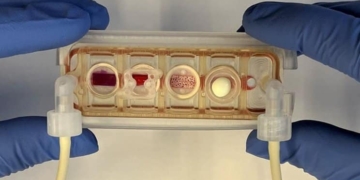 A small multi-organ model of the human body (heart, liver, bones, skin, even bloodstream) will allow drugs to be tested.