Puffer Village is an interesting approach against rising seas: a village of houses that, like a puffer fish, 'swell' to float 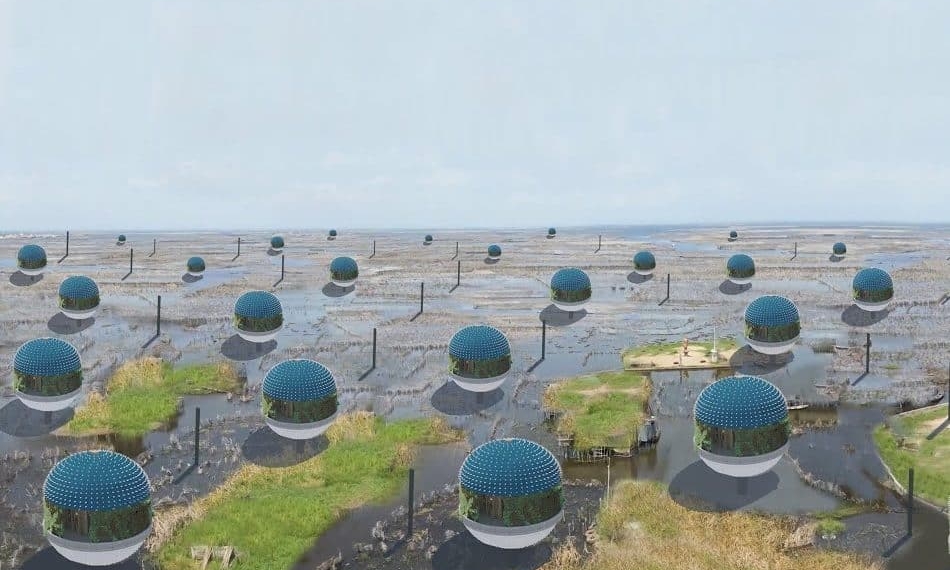 in Architecture, concepts
⚪ Reads in 3 minutes

The Puffer Houses - the "puffer houses" - could help the inhabitants of the lakeside village of Ganvie in Benin.

For years now, the small village has been threatened by the raising of the sea ​​level, which ruins the present buildings. The wood in the houses is too brittle to withstand the ever-changing sea level.

It is necessary to intervene and carry out an ambitious but functional project.

Arrival ANT, the “multi car” of the future can become anything you want

Puffer Village, Ganvie's future, is currently under construction, with the hope of completing construction as quickly as possible.

The project is linked to the idea of ​​the Iranian architect Sajjad Navidi, who proposed the construction of the Puffer Houses (from 'puffer fish'), intelligent houses that adapt to rising sea levels.

The resemblance to the puffer fish

Navidi's idea is to exploit the anatomy of the puffer fish; in particular, the architect reasoned about the fish's ability to swell suddenly to resist predators.

Her Puffer House they exploit a rather similar mechanism.

Thanks to the insertion of two different sensors, they are able to rise and fall in response to the rise in sea level. Likewise, they react to bad weather and avoid serious damage to structures.

I two sensors inserted in the structure have different tasks, even if equally important.

The first analyzes the water level, and adjusts the height of the house. The second, on the other hand, reacts to high waves and "warns" the danger.

When the tide rises, the first sensor activates and drives an air blower under the houseboat.
The fan causes a "balloon skin" to fill with air, letting the body rise to the surface.

The second sensor is activated in the event of a storm, creating holes in the sub-structure for water to enter. The weight of the water provides stability to the entire structure and prevents detachment from the base.

These incredible houses would earn electricity by exploiting thetidal energy, becoming almost self-sufficient. The upper part, dedicated to the balloon, should be covered with solar panels, with the aim of obtaining energy also from the sun.

The project seems to have great points of interest, and we hope that it will be able to be implemented in the shortest possible time.