An experimental treatment with monoclonal antibodies produces the regrowth of teeth even of species that have double dentition. The second phase is ready. An experimental new treatment may someday give people a way to grow missing teeth - the first confirmations from animal research.

Scientists from the Japanese Universities of Kyoto and Fukui have developed a monoclonal antibody treatment that appears to cause the body to grow new teeth. according to research published in the journal Science Advances.

If the next tests confirm the results, we could develop a treatment to regrow lost teeth in adulthood or those that were missing from childhood due to congenital conditions.

Regrowth of teeth: a complicated challenge

Genes that influence tooth growth have a great impact on development throughout the body. Some early iterations of monoclonal antibody treatment actually caused more birth defects in lab mice before the research team was able to fix all the knots, according to a press release about the study.

Eventually the team found that the blockade of a gene called USAG-1 led to increased activity of the bone morphogenic protein (BMP), a molecule that determines how many teeth will grow, and that has caused adult mice to regrow teeth.

The experiment with monoclonal antibodies also worked on ferrets. A detail that according to the researchers is important, because the teeth of ferrets are much more similar to humans than those of mice.

Ferrets are animals diiodonts with human-like dental models. They have a first "deciduous" and a definitive dentition, just like us.

Our next plan is to test for antibodies on other animals such as pigs and dogs.

There is still a long way to go before moving on to human studies, but success even in the next phase would be a very, very promising sign.

In the future, monoclonal antibodies could be a clinical treatment that allows missing teeth to naturally grow back. 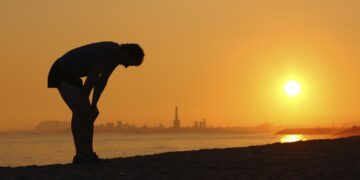 Miami, Athens, Freetown: three cities of the world open an epic challenge, that of coordinating efforts against the heat. A...